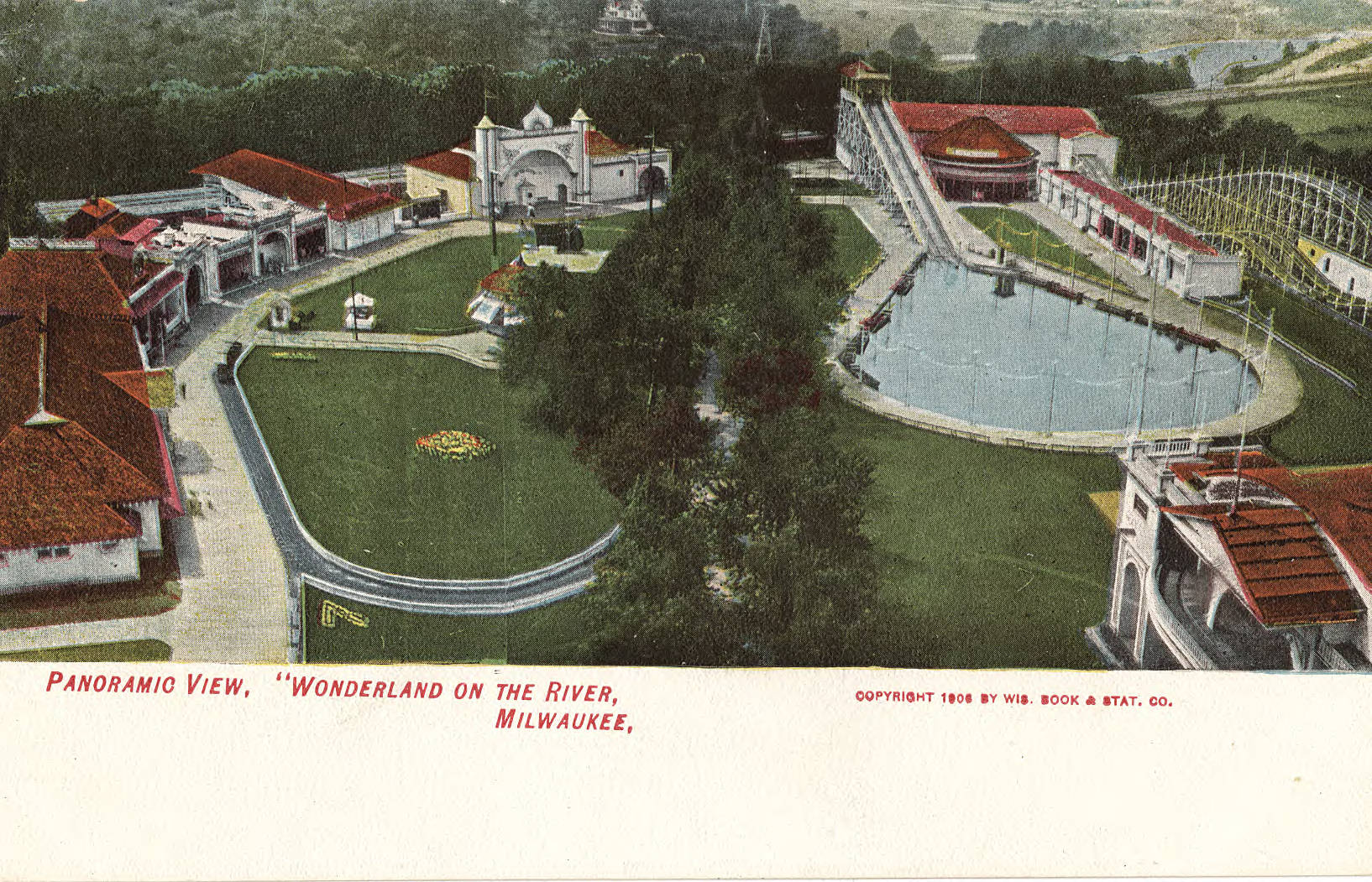 In 1900, the village of East Milwaukee was incorporated. It occupied an area of roughly 1.5 square miles between Lake Michigan and the Milwaukee River, the Milwaukee City border on the south, and the recently incorporated village of Whitefish Bay to the north. In 1917, the name was changed to Shorewood to further distinguish the village’s identity.[1]

The US government purchased the future village’s land from the Menomonee Indians in 1832. Sawmills were built along the river in 1835, but they closed shortly after the economic depression of 1837. From 1876 until 1909, the Milwaukee Cement Company extracted limestone from the bluffs along the Milwaukee River north of Capitol Drive. In 1841, the first permanent white settler, Thomas Bare, purchased ninety acres of farm land just east of the river near present-day Capitol Drive.[2]

In 1873, the Northwestern Union Railway built the first tracks across the Shorewood plateau on the east side of the river; the railroad added a depot in 1891.[3] From 1886 to 1898, the Whitefish Bay Railway Company operated the “Dummy Line” along present-day Downer Avenue, allowing residents to commute into Milwaukee. In 1898 the Milwaukee Electric Railway and Light Company expanded streetcar service on present-day Oakland Avenue. The Whitefish Bay Toll Road operated along present-day Lake Drive for horse-drawn vehicles. It became a public road in 1913 after Milwaukee County purchased it.[4]

Starting with Lueddemann’s-on-the-River, a series of beer gardens and amusement parks were located in the southwest corner of the village from 1872-1916. Present-day Hubbard Park is located on part of the property.

The center of the village emerged along the streetcar line on Oakland Avenue and west from the lake on Atwater Road (later renamed Capitol Drive). Along the lake, a “Gold Coast” emerged. From 1895 until 1911, the Milwaukee Country Club operated near the lake before moving to River Hills.[5] Large architect-designed homes were built on the lake bluff, while new residential subdivisions were platted. During the 1920s, as many as 200 homes were constructed a year,[6] some the work of noted architects including Alexander Eschweiler and Russell Barr Williamson. Many single-family homes, duplexes, and apartment buildings remain prime examples of period revival, craftsman bungalows, and prairie-style architecture.

Shorewood’s public schools were influenced by Progressive educator John Dewey. The first building of the village’s unique multi-building high school campus opened in 1925. Lake Bluff Elementary School was built in 1924, one of the first designed with open space classrooms and flexible desks.[7]

During the Great Depression, Shorewood benefited from having “shovel ready” plans. Federal New Deal funds were used to build the auditorium building on the high school campus, “rustic style” buildings in Hubbard Park, and the Atwater beach pavilion (demolished in 1987).[8]

After WWII, the village’s population swelled to more than 16,000, while urban renewal was debated. In 1962, the area to the south and east of Oakland and Capitol was cleared for new development. In 1994, the Community Development Authority identified areas for redevelopment where several new housing and commercial projects have since emerged. In 1980, the population was just over 14,000; by 2010 the population was approximately 13,000. 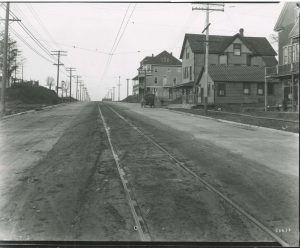 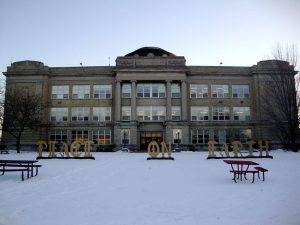