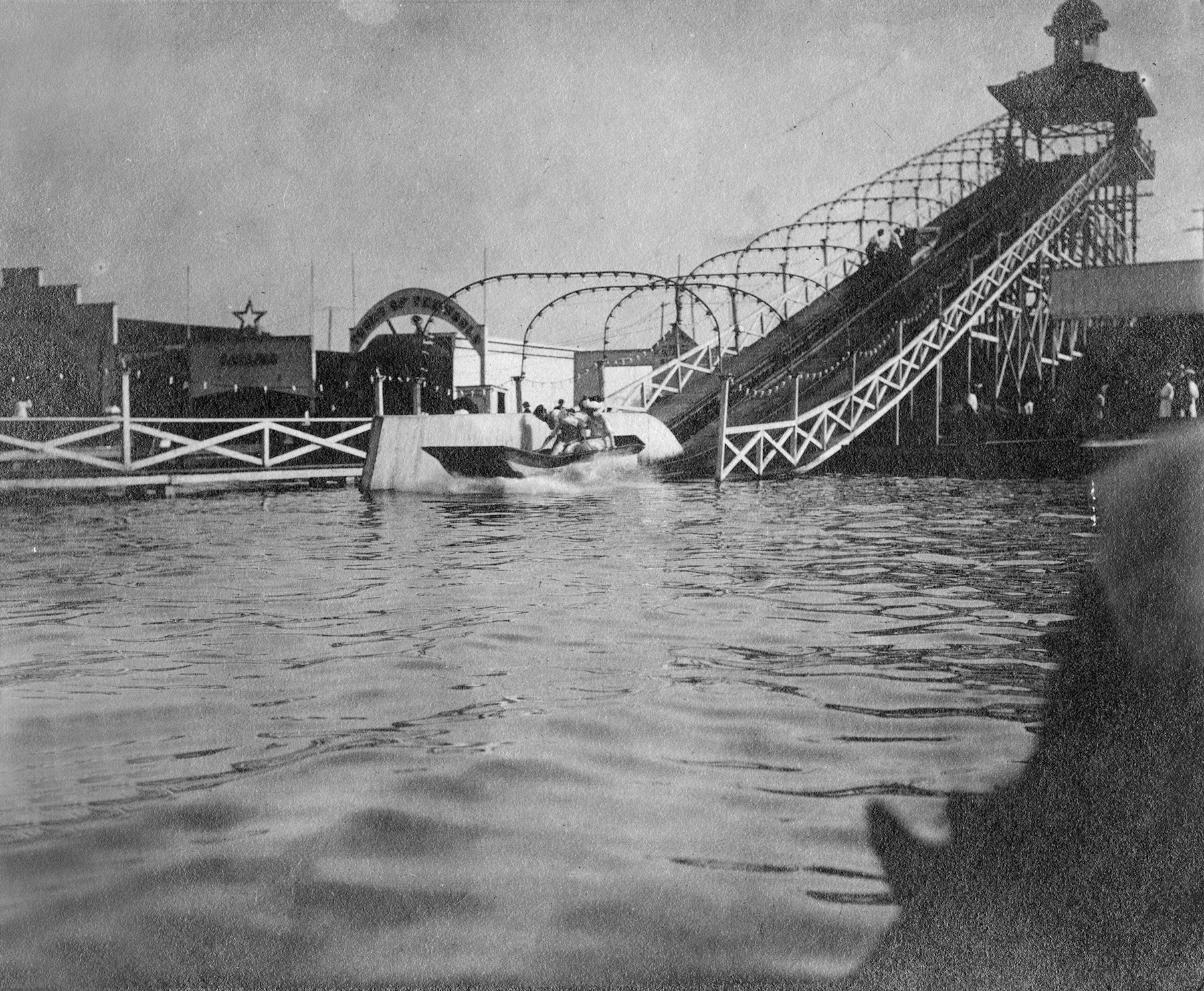 New parks dedicated solely to mass amusement attractions emerged in Milwaukee by the mid-1890s—typically along major streetcar lines. Opened on the bluffs above the Milwaukee River near the North Avenue bridge in 1896, Shoot-the-Chutes Park featured a large boat chute that riders “shot” down into the water below, replicating the famous ride from Coney Island’s Luna Park.[3] Wonderland (originally named Coney Island and later Ravenna Park) opened in 1900 on the site of a former beer garden along on Oakland Avenue in Shorewood (now the site of Hubbard Park). It featured several attractions made popular by the original Coney Island, including a “Shoot the Chutes,” circle swing, “Bump the Bumps,” and roller coasters, as well as several midway attractions such as a collection of displays called the “Tour of the World.”[4] A similar, but short-lived amusement park, White City, opened at Fiftieth and Vliet Streets in 1906.[5] These parks adopted not only the attractions, but also the aesthetics of Coney Island: large, ornate, and whitewashed buildings festooned with flags and brightly lit with electric light at night.

Most of Milwaukee’s amusement parks closed as their popularity faded through the 1910s. An expanding county park system worked to accommodate the leisure needs of Milwaukee residents, and national Prohibition removed alcohol from commercial entertainment.[6] However, one popular Milwaukee area amusement park, Muskego Beach Amusement Park, remained in operation along the shore of Little Muskego Lake in the city of Muskego into the late twentieth century. Renamed DandiLion Park in 1968, the park featured a variety of rides, including the popular Tail Spin roller coaster, games, and a music venue. The park closed in 1977 after the larger Great America amusement park opened in nearby Gurnee, Illinois, which drew many customers away.[7] 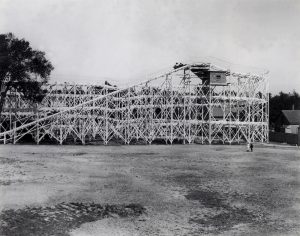 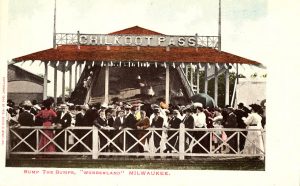