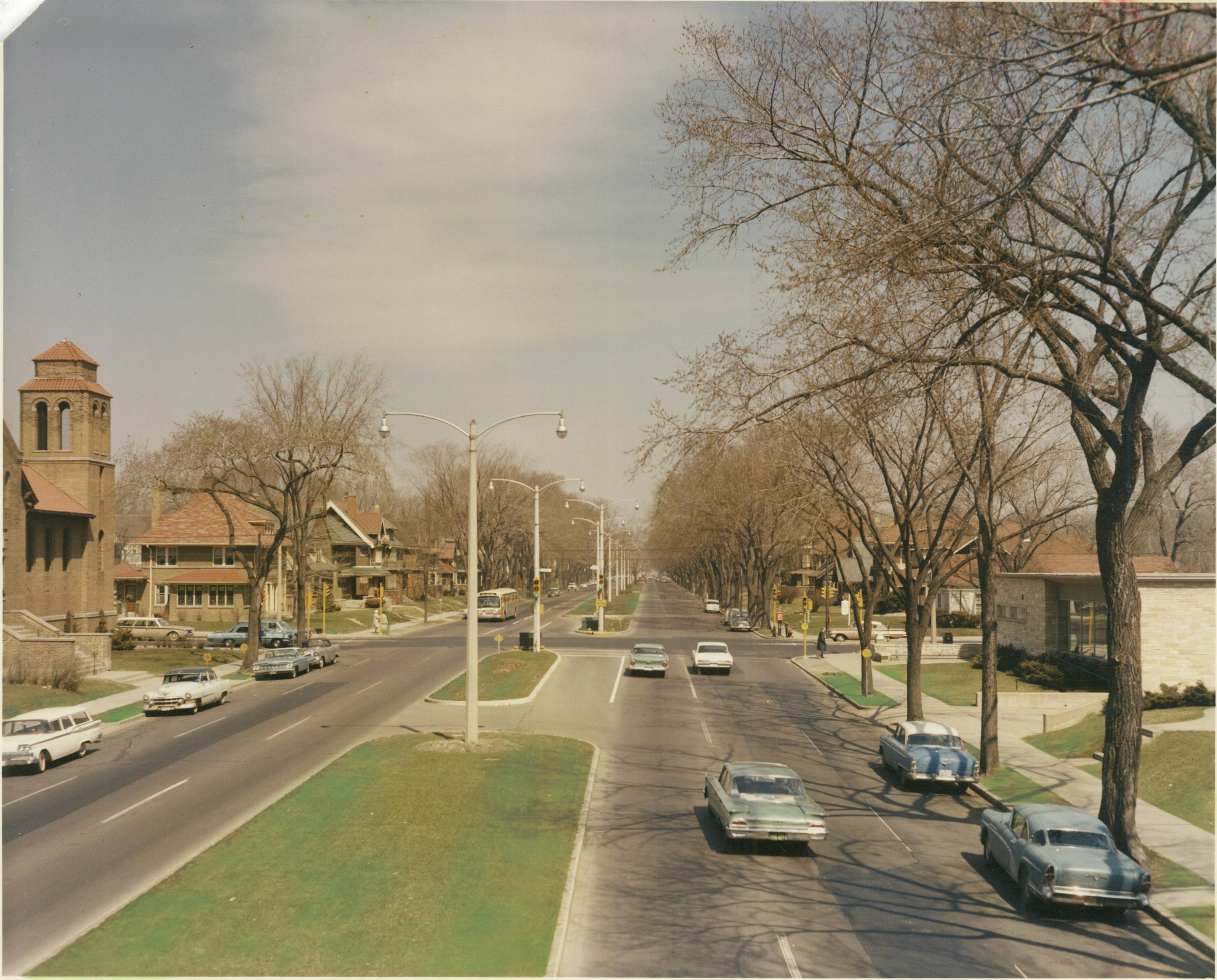 Sherman Park is a primarily residential neighborhood on Milwaukee’s West Side, located between 35th and 60th streets, North Avenue and Capitol Drive. It is one of the city’s most diverse communities.

In the late 1890s, German residents of Milwaukee’s crowded North Side began building homes in the farmland west of the railroad line that ran parallel to 31st Street and served heavy and light manufacturers. In the 1920s, Irish, English, Polish, and Jewish families moved to this new West Side community. According to historian John Gurda, teachers, clergy, craftsmen, and middle managers built homes of brick or Lannon stone. Lots were large, with houses set far back from the curbs.[1]

School desegregation, freeway planning, and industrial change all affected the neighborhood after World War II. The prosperity of the manufacturing firms close to the neighborhood buoyed the middle class status of the area and made it an attractive place to live and work. African American migration to the neighborhood grew in the postwar period, as the community expanded from the cramped, and segregated, area known as Bronzeville, particularly for jobs at the mammoth A.O. Smith plant at the edge of the neighborhood on 35th Street.

In response to the discrimination African Americans faced in accessing housing, the Social Concerns Committee of St. Catherine’s Catholic Church actively supported the 1967 open housing demonstrations protesting discriminatory real estate practices. In 1970 members of the church formed the Sherman Park Community Association (SPCA), to improve the quality of life in their neighborhood.[2] SPCA members worked with the Metropolitan Milwaukee Fair Housing Council to fight the redlining practices of the real estate industry. They served as housing testers and won a lawsuit against four large real estate firms.[3] The beautiful homes and diversity of Sherman Park attracted mixed-race and adoptive families[4] looking for a racially inclusive neighborhood. Families looking to raise their children in a diverse community joined them. Social events such as block parties and the Milwaukee Kickers youth soccer league enhanced the cohesiveness of the community.

In 1968 the Milwaukee County Expressway Commission began purchasing homes in a block-wide strip from Sherman Boulevard to Sixth Street to clear land for what was planned as the Park West Freeway. Valuable housing stock was lost and home values plummeted on the land surrounding the freeway right-of-way.[5] Sherman Park residents formed a task force and worked with researchers at University of Wisconsin-Milwaukee to produce an environmental impact statement that halted freeway construction in Sherman Park, though not before the land was cleared up to Sherman Boulevard (43rd Street).[6]

In the 1960s and 1970s the Milwaukee Public School Board used intact busing to keep the public schools segregated. The SPCA Education Committee developed a plan for citywide integration of the Milwaukee Public Schools. Following the court-ordered desegregation of Milwaukee schools in 1976, Sherman Park residents were active with the city-wide efforts of the Committee of 100, which recommended a system of specialty schools to promote student racial integration.[7]

By the 1960’s, six Jewish synagogues relocated to the Sherman Park. In 1989 Rabbi Jacob Twerski’s Orthodox congregation Beth Jehudah, on Fifty-Second Street, founded the Yeshiva Elementary School and the Milwaukee Kollel, which offers adult education courses on a wide range of Jewish topics. Orthodox families from across the country have moved to live within walking distance of Beth Jehudah and this vibrant Orthodox community.[8]

In the twenty-first century, Sherman Park has faced challenges similar to other deindustrializing urban areas. A.O. Smith sold out to Tower International in the 1990s, which closed the plant in 2006. The city is currently redeveloping the complex as Century City. Sherman Park’s base of resident homeowners was reduced by the foreclosure crisis of the 2000s. Residents of Sherman Park, organized through Common Ground, fought to repurpose empty, foreclosed homes, many owned by national mortgage companies. In August 2016, the shooting of an African American man by a police officer triggered civil disorder in Sherman Park, events that drew international attention to the neighborhood.[9] 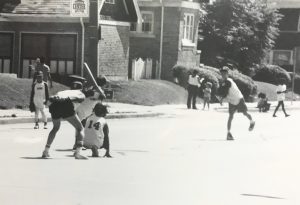 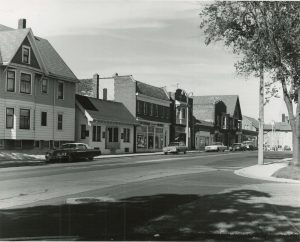 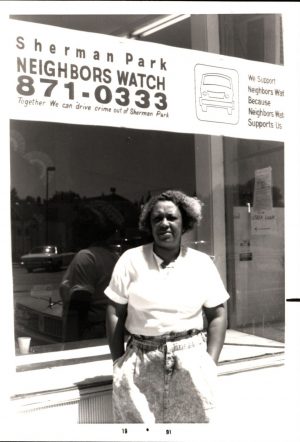