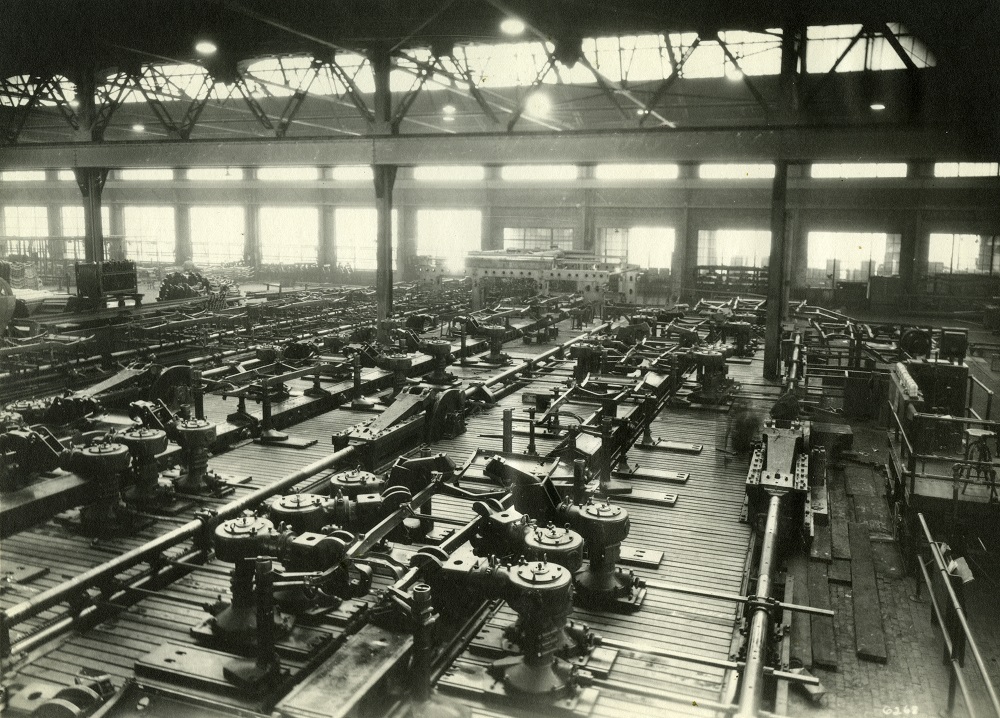 While it is currently recognized as a leader in the production of water heaters, over its history A.O. Smith Corporation has dabbled in a complex inventory of products. Following in his father’s footsteps, company founder Arthur Smith and his successors constantly adapted to market demand and, for the better part of a century, the company maintained its headquarters and its foundational automotive production in Milwaukee.[1]

The name “A.O. Smith” as the legal name for this manufacturing firm goes back to 1904, but it stemmed from the success of a previous Smith family business. Charles Jeremiah Smith, Arthur Smith’s father, first established the machine shop known as C.J. Smith & Sons in 1874 out of the basement of the Antlers Hotel on North Second Street. In its short history, the company became first renowned for producing baby carriage parts, and then as “the leading maker of bicycle parts in America.”[2] When Charles retired, Arthur took over the machine shop and ultimately steered it in a new direction. He developed a pressed steel auto frame (the world’s first) in 1899 and quickly made a name for himself in the auto industry.[3]

While production of auto frames at times accounted for sixty percent of the company’s business over the coming century, from the beginning the Smiths experimented with a variety of other products before eventually shifting their focus toward water technology.[4] As early as 1918, the company ventured into welding, which led to the manufacture of pipes for transmitting gas and oil.[5] Constant tinkering to improve oil flow led the company to employ ceramic coatings—a technological innovation that A.O. Smith then used to create glass-lined water heater units, beer tanks, and even ceramic-coated silos for livestock feed.[6] Like many other Milwaukee companies, A.O. Smith also produced a diverse line of products—namely bomb casings, torpedoes, and landing gear for Air Force vehicles—to aid U.S. troops during World War II.[7]

Such experimentation kept the company in good standing throughout the immediate postwar period. A.O. Smith expanded gradually with the purchase of several subsidiary companies throughout the U.S. and also opened up several manufacturing facilities abroad, including its first European plant in 1972.[8] The economic recession of the early 1980s, however, caused trouble—especially for the company’s Milwaukee plants. The decline in America’s auto industry led to major layoffs. Furthermore, many auto manufacturers were adapting front-wheel drive, a technology that rendered A.O. Smith’s steel frames outdated. In 1997, the company sold its automotive production company to Tower International and shifted its focus to other business interests.[9]

With major acquisitions, including MagneTek, State Industries, and APCOM, company executives shifted their attention toward the production of water heaters and electric motors—becoming an industry leader by the late 1980s.[10] Yet, while maintaining corporate offices and building new research facilities in Milwaukee through the 2010s, A.O. Smith moved much of its production out of the Milwaukee area.[11] 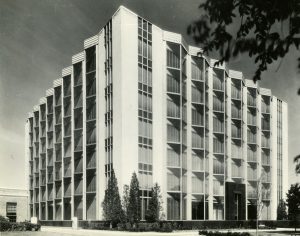