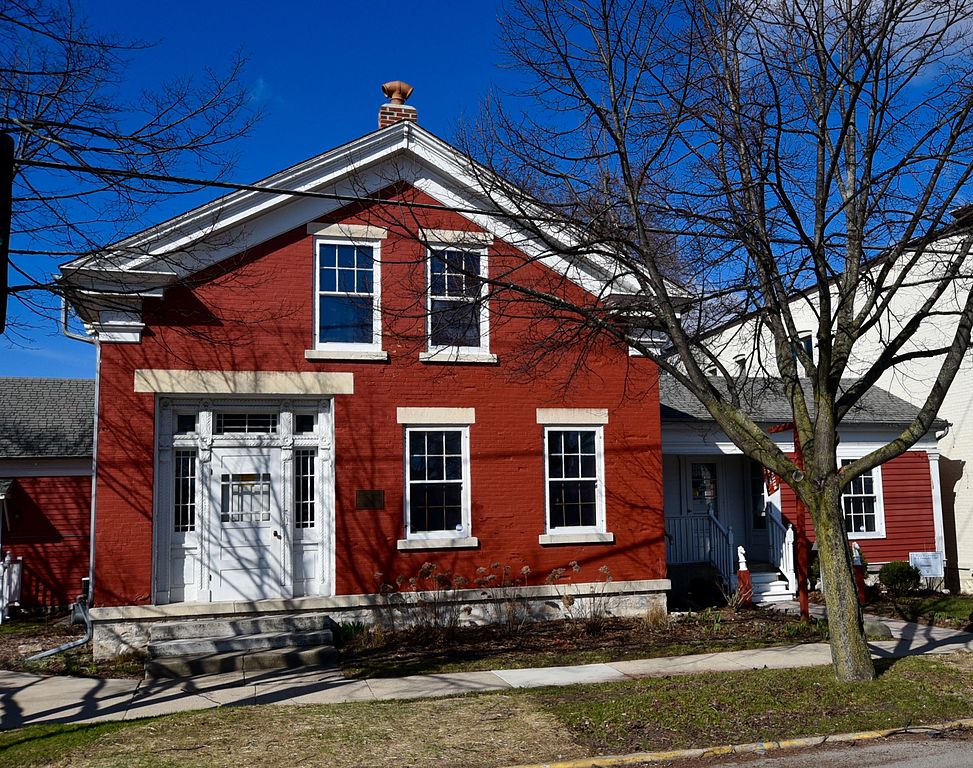 Named from a Potawatomi word meaning “Place of the Bear,” Mukwonago is located thirty miles southwest of Milwaukee.[1] The Village of Mukwonago makes up the southeastern corner of the Town of Mukwonago and extends south into Walworth County. Mukwonago’s other neighbors include the Towns of Vernon, East Troy, Eagle, and Genesee, and the Village of North Prairie. In 2010, the Mukwanago Village and Town populations were 7,355 and 7,959 residents, respectively.[2]

Mukwonago was the site of significant Native American settlements. Early mounds have been discovered on the Town’s border with Vernon.[3] The Village of Mukwonago, along the Mukwonago River, was one of the largest Potawatomi settlements in Waukesha County. The permanent Potawatomi village along the river included corn fields, a meeting house, and a course for horse races.[4] After ceding this land to the United States in 1833, many Potawatomi returned to Mukwonago annually into the 1860s.[5]

Although the treaty obligated the Potawatomi to vacate the area, the native village was still a thriving community when the first white settlers arrived. After scouting out the area in 1835, Sewall Andrews, Henry Camp, and Major Meacham built near the Potawatomi village in 1836. After negotiations, the newcomers were eventually allowed to build in the village.[6] That same year, Charles Cox and his family became the first white settlers in the Town.[7] Founded by Yankee-Yorkers, early Mukwonago also had a sizable population of English immigrants.[8] In 1838, the territorial legislature established the Town of Mukwonago.[9] The Village was incorporated in 1905.[10]

While Mukwonago shares an agricultural past with its surrounding communities, Mukwonago’s lakes have inspired additional developments. The Phantom Lakes, upon which the Village is built, have hosted many cabins, resorts, and camps.[11] Spring Lake was the site of a utopian Owenite socialist colony in the 1840s. As these colonists lacked the necessary farming experience, their experimental society ended after a few years.[12] A century later, Francis Schroedel attempted to open the Rainbow Springs Resort on Rainbow Springs Lake. While the resort was never realized, the location hosted a golf course for many years.[13] It is now a part of the Kettle Moraine State Forest.[14]

Since the 1950s, Mukwonago has experienced a residential boom. The number of housing units in the Town and the Village both increased by nearly 25% between the years 2000 and 2010 alone. Completion of the Rock Freeway (now Interstate 43) in 1972 made Mukwonago an easily accessible community for Milwaukee commuters.[15] While the Village has older and denser housing than the Town, most residents of the area live in single-family homes built since the 1970s.[16] As the region’s population increased, the Village of Mukwonago annexed land from the Towns of Mukwonago, Vernon, and East Troy. While municipal agreements limit the Village’s expansion into Mukwonago and East Troy, no such agreement exists with Vernon.[17]

Mukwonago and the surrounding communities are served by the Mukwonago Area School District, which maintains six elementary and two secondary schools.[18] Sewall Andrew’s house, the oldest brick house in Waukesha County, is now the Mukwonago Museum.[19] 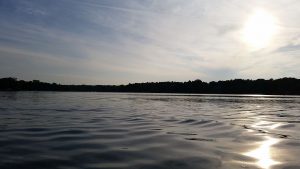