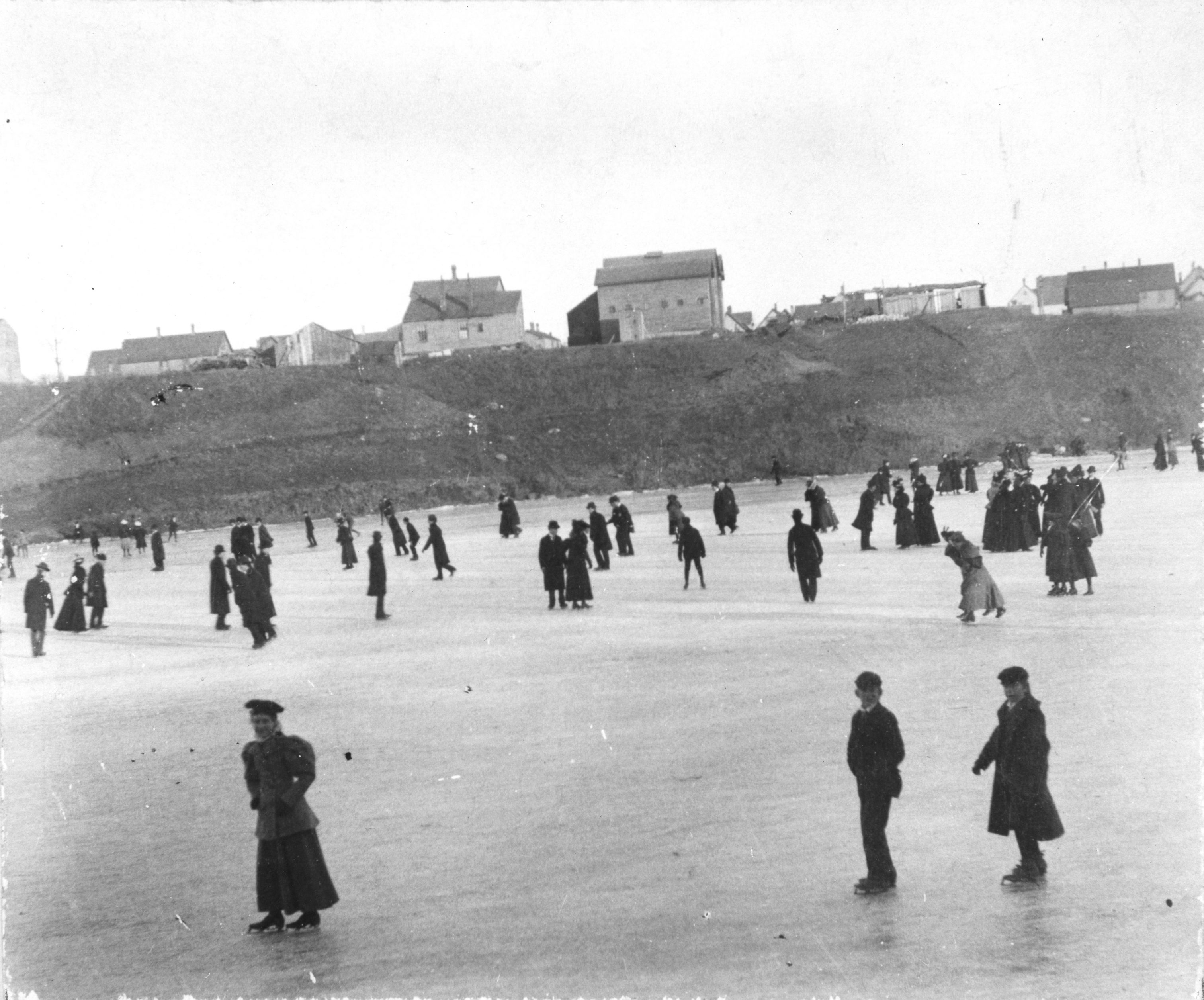 The Milwaukee area has a rich history of ice skating, providing opportunities for speed skating, figure skating, and amateur and public skating. In 1928, the first United States Olympic speed skating time trials were held in Oconomowoc. In 1949, the West Allis Speed Skating Club’s winning reputation earned West Allis the title of “Skating Capital of Wisconsin.”[1] On December 17, 1966, the Wisconsin Olympic Ice Rink opened and became the training ground for many top speed skaters, earning the nickname “Wisconsin’s Gold Mine.”[2] The Wisconsin Olympic Ice Rink was closed in 1991, and replaced with the indoor Pettit National Ice Center, which opened on December 31, 1992.[3] West Allis has been the home club of at least twenty-three Olympic speed skaters, including most recently Alyson Dudek, a 2010 bronze medalist.[4] Two additional Speed Skating Olympians, Dan Janssen, a 1994 gold medalist, and Chris Witty, a 2002 gold medalist, are from the Milwaukee area.[5]

Many amateur skaters also relish the sport. Milwaukee County area parks have supported ice skating as a leisure activity, opening public ice skating rinks. In 1913, the city park commission opened the Gordon Park Bathhouse, where ice skaters skated on the frozen Milwaukee River. In January 1926, 30,000 people gathered for an “ice fete” on the river where amateurs competed in hockey, ski jumping, and speed skating. The Bathhouse closed in 1937 over concerns about polluted river water.[8] The department opened the indoor Wilson Ice Arena in January 1970 as part of the larger Wilson Park Recreation Center.[9] In December 1999, the Milwaukee Parks Department completed redevelopment of Red Arrow Park, which included a 9,000 square foot permanent outdoor ice rink.[10] Outside of Milwaukee County, both private and public initiatives have funded accessible ice rinks. In September 1973, the Mayfair Ice Chalet, a year-round rink, opened in the center of Mayfair Mall and quickly became a popular venue. Between its opening and 1986, 125,000 skaters visited the rink, including 18,000 people who took skating lessons.[11] In March 1986, the Mayfair Ice Chalet closed under pressure from business owners concerned that the rink was drawing customers away from their stores.[12] The 1990s brought increased interest in ice skating, and many new rinks opened, including the Ozaukee Ice Center in 1995.[13] 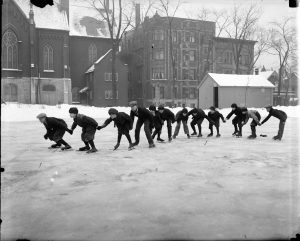 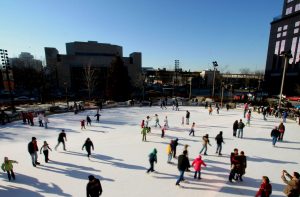