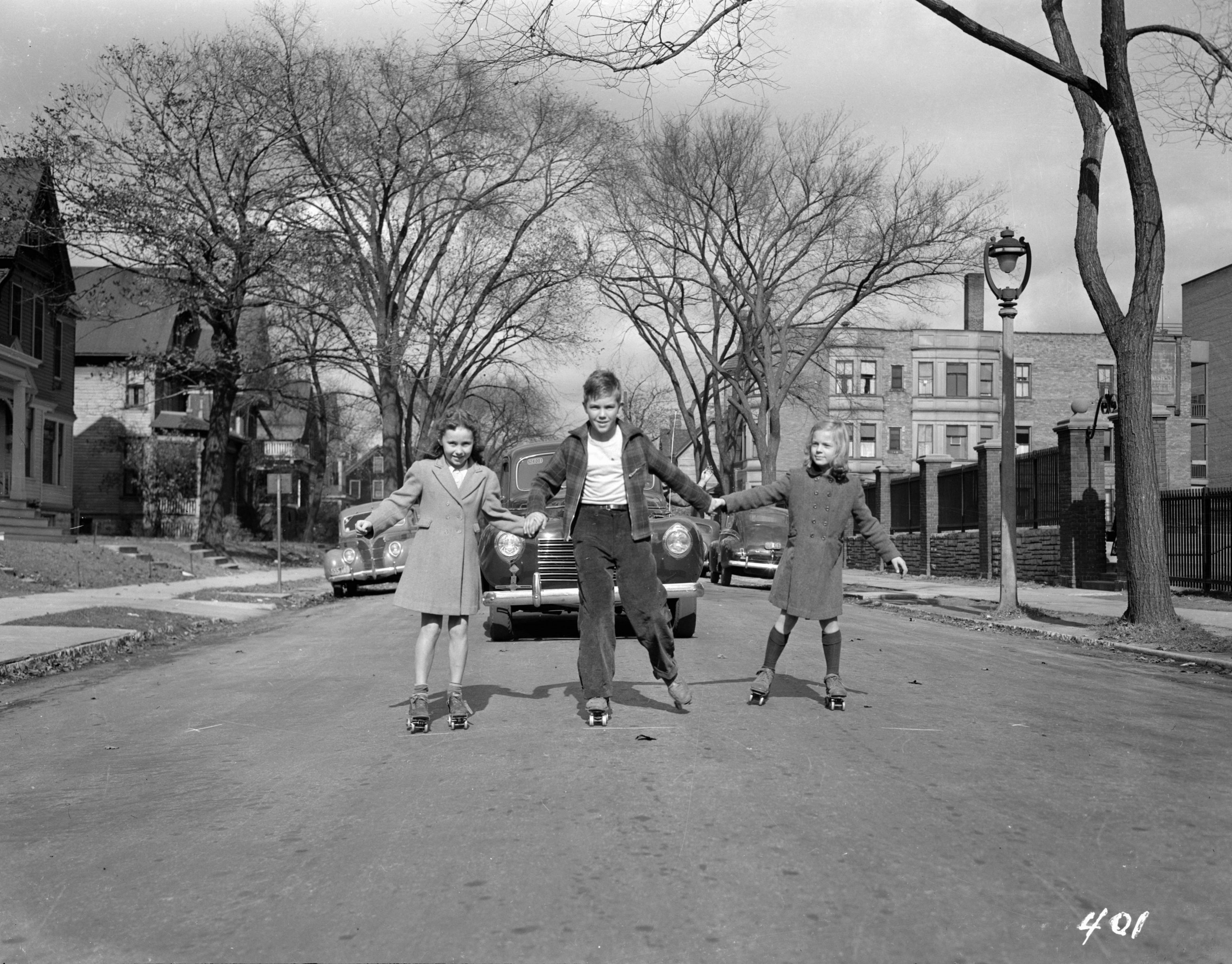 From 1900 through the 1940s, Milwaukee’s well-to-do often laced up their roller skates for an evening of “fashionable amusement” at the local skating rinks, most notably the Riverview and the Palomar.[1] The former, overlooking the Milwaukee River on North Avenue, offered ladies’ instruction in both plain and fancy skating in the afternoon and hosted the city’s elite for evening galas.[2] Skating lost its luster in the late 1940s and waned until “disco fever” and teenage skate-dancing revitalized the city’s rinks in the 1970s.[3] Roller-blading helped popularize skating as an outdoor activity in the 1990s, but the number of indoor rinks—predominately suburban and lacking the social significance of their predecessors—have declined in the Milwaukee area and nationwide.[4]