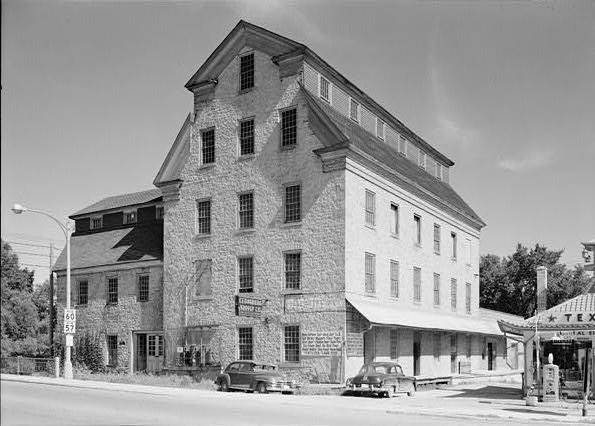 Cedarburg was settled by German immigrants in 1843.[2] A grist mill was established on the Cedar Creek the next year.[3] Cedarburg emerged as a rural trading center by 1846, with a flour mill, a saw mill, a hotel, and pharmacy.[4] The area of this settlement remains the City’s economic center in the twenty-first century.

The Green Bay Road, the first improved road connecting Milwaukee to the city of Green Bay, ran to the east of the rural settlement. A stage coach line started running on the road in 1848 with the first stop outside of Milwaukee in Hamilton, a small community just to the east of Cedarburg.[5] In the 1850s, a plank road connecting Milwaukee to the city of Fond du Lac was built through downtown Cedarburg.[6] The first train line, which eventually became part of the Chicago, Milwaukee & St. Paul Railway, began running through the city in 1870.[7]

Germans immigrants were attracted to the area by other Germans in the Freistadt settlement in southern Ozaukee County in 1839.[8] The German community established two Turnhalles in Cedarburg and nearby Hamilton. They used the buildings for gymnastics, theater performances, balls, and other large celebrations.[9]

The first industrial mill on the Cedar Creek, Cedarburg Mill, was established in 1855.[10] The second, Cedarburg Woolen Mill, was established in 1864. Cedarburg Woolen Mill became one of the largest woolen mills west of Philadelphia, Pennsylvania.[11] The Cedarburg Nail and Wire Factory was opened in 1890, one of the first factories in the state to manufacture modern round nails.[12] By the early 1900s the city had a cannery, a foundry, and numerous small consumer goods manufacturers.[13]

An electric rail commuter service provided by the Milwaukee and Northern Railroad Company between 1908 and 1948 connected Cedarburg to Milwaukee.[14] The commuter line’s decline was contemporaneous with the construction of improved freeways and the growing popularity of the automobile.

Cedarburg witnessed its most significant economic and population growth after World War II. The city’s population grew by more than 84% between 1950 and 1960, from 2,810 to 5,191.[15] This period of population growth witnessed the growth of new industries and housing developments. As new industry emerged and new housing tracts were laid out, some traces of old Cedarburg began to fade away. The German Turnhalle, once a vital community center, was demolished in 1961, with the Cedarburg State Bank built in its place.[16] In the late twentieth century, however, the City placed the original settlement at the center of its economic development strategy. The downtown shopping district, centered on the Shops of Cedar Creek Settlement, was preserved. Cedarburg also developed a lively set of annual festivals; the annual Strawberry Festival in June draws thousands of tourists to the city’s historic core.[17]

A Walk through Yesterday in Cedarburg, Wisconsin. Cedarburg, WI: Cedarburg Chamber of Commerce, [199-]. 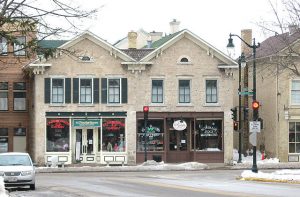 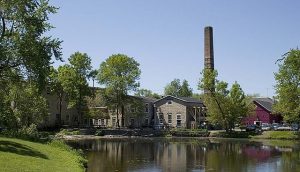