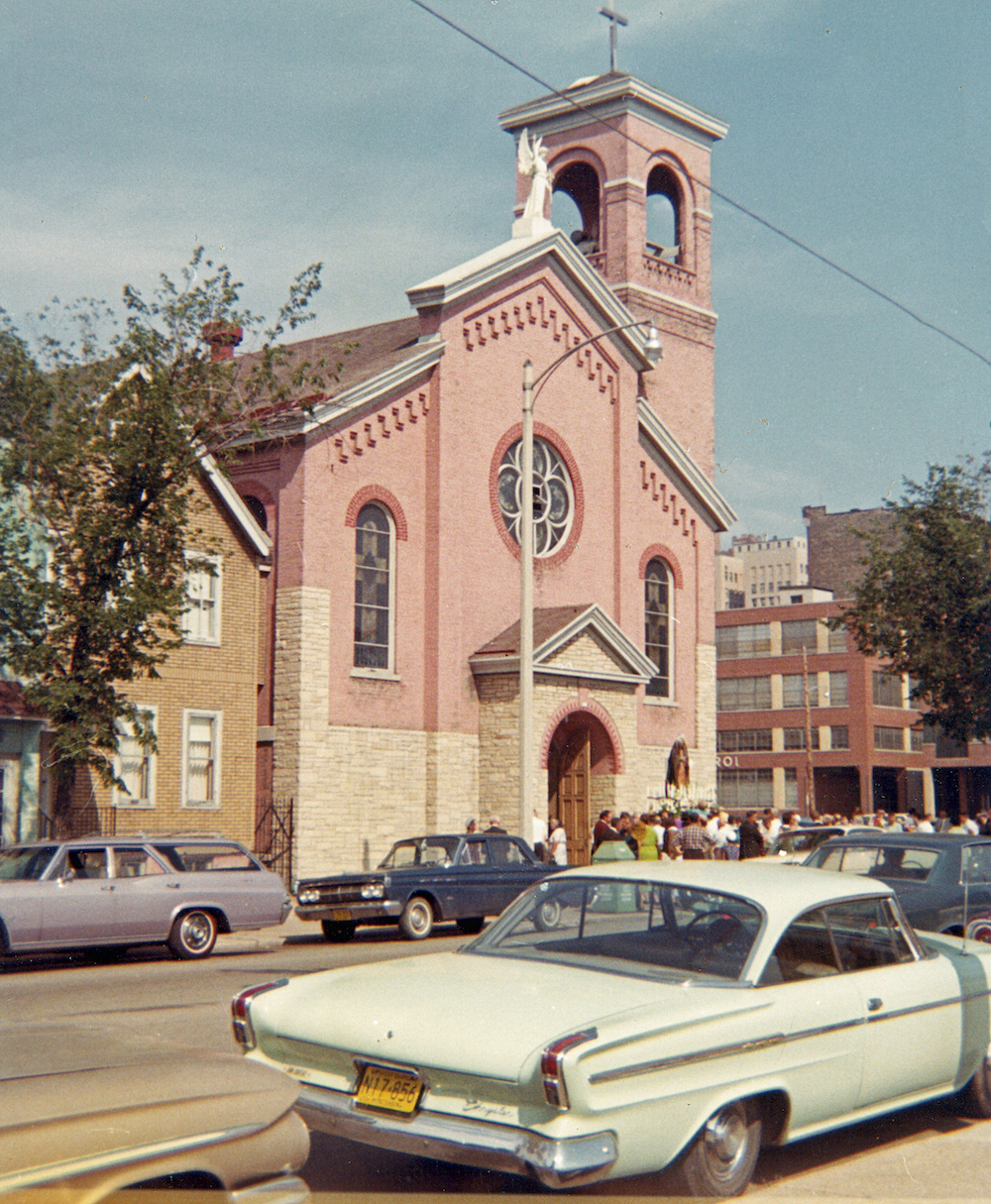 In the aftermath of Milwaukee’s most devastating fire in history in late October 1892, significant portions of the Third Ward’s Irish population migrated west toward the Tory Hill and Merrill Park neighborhoods. Replacing this first wave of immigrants was a second contingent, generally from Italy and more particularly from Sicily. Their numbers grew steadily, from several hundred in the late 1880s to just under five thousand by 1910.[1] At first served by a Catholic mission supported by parishioners from St. John’s Cathedral, these newcomers sought their own ethnic church, staffed by priests who spoke their language and understood their culture. Fundraising among this working-class population did not go easily, but by Christmas Day 1904, a “simple brick structure…[that] seated only 200 congregants…[but whose] interior was a veritable pantheon of popular religious figures, frescoes, and ornamental plasterwork” opened.[2] Blessed Virgin of Pompeii Church (known among locals as the “Little Pink Church” because of the distinctive paint shade that eventually coated its exterior) maintained a spiritual and cultural vitality that rallied Milwaukee Italians for decades until the church’s last Mass on July 30, 1967, when it was forced to close to make way for the I-794 freeway. The church’s memory lives on through the activities of the Italian Community Center and in the remnants of the church’s artifacts that found their way into individual homes and at St. Rita’s Parish.[3]

Gurda, John. “The Church and the Neighborhood.” In Milwaukee Catholicism, edited by Steven M. Avella, 1-34. Milwaukee: Knights of Columbus, 1991.