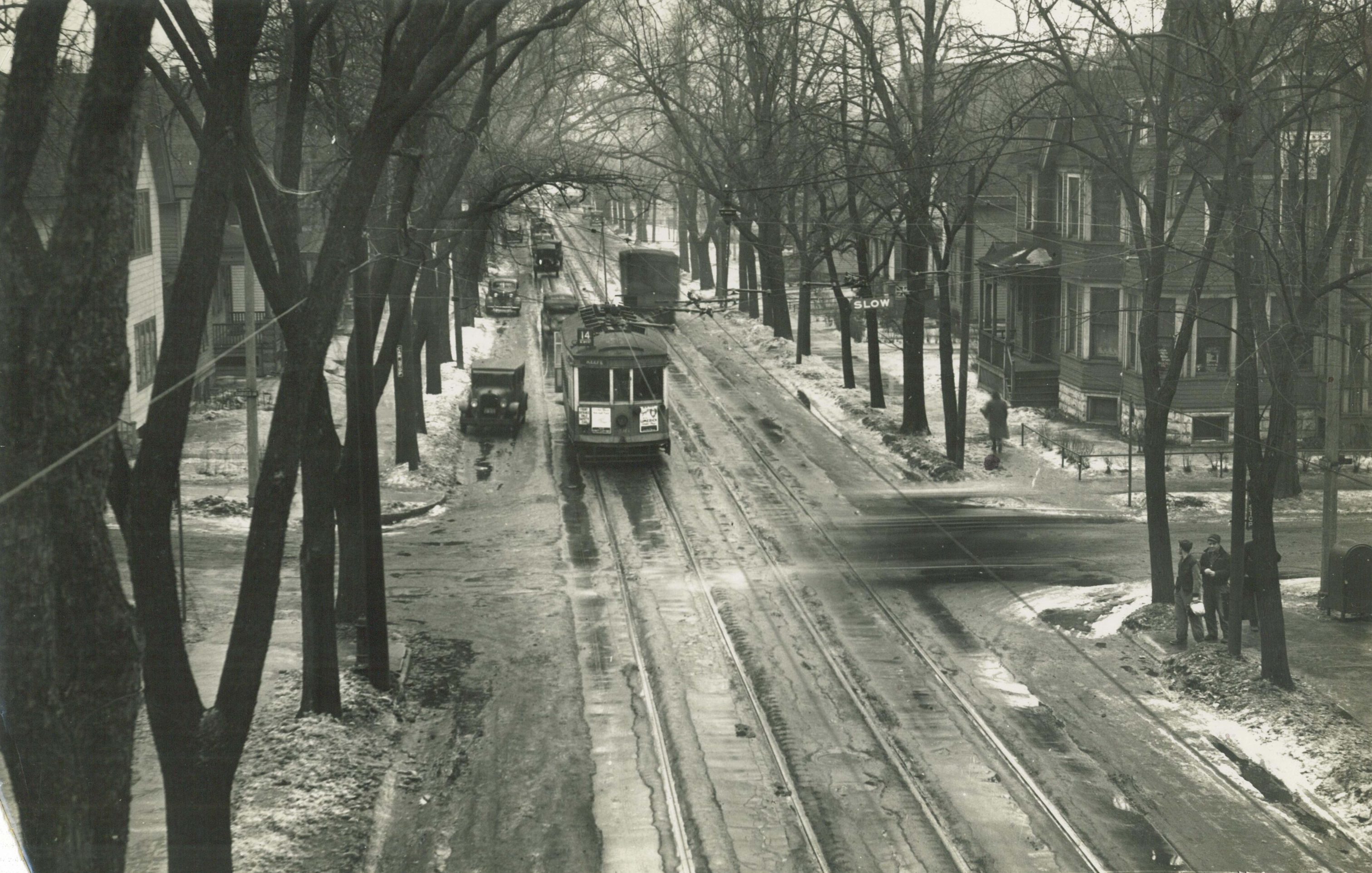 TMER&L Co. was the first electric streetcar company in the city of Milwaukee. It commenced service in 1890 under the name “The Milwaukee Street Railway,” a business incorporated in New Jersey and owned by the North American Company of New Jersey (an umbrella entity with other municipal streetcar holdings).[1] In that year, North American’s owner, a national railroad magnate and celebrated East Coast newspaper publisher named Henry Villard, took a special interest in Milwaukee; a German immigrant, he was particularly drawn to the city due to its reputation as the German Athens of the United States. Enlisting the help of silver-tongued local Republican leader Henry C. Payne, Villard began buying up, converting, and consolidating all of the horse-drawn rail trolley systems in Milwaukee.[2] Before the acquisition and electric conversion process was complete, however, both North American and its Street Railway subsidiary entered bankruptcy during the economic crisis of 1893 to 1895. The Street Railway re-emerged as The Milwaukee Electric Railway & Light Company (TMER&L Co.) in January, 1896. Through bankruptcy the company was able to avoid paying off many of the former (horse) trolley owners. Many of these creditors were Milwaukee-area businessmen who thereby became some of TMER&L’s first local enemies.

Between the years 1880 and 1898 when consolidation and electrification were complete, Milwaukee’s intra-city trolley system grew from less than 12 miles to more than 142 miles in length; by 1920, it was operating 180 miles of track within the city limits, with free transfers between several lines.[3] In 1907, Wisconsin granted the company a monopoly in the metropolitan Milwaukee area but retained its status as a publicly-traded, privately-owned corporation. Under this arrangement, TMER&L Co. had dual responsibility to its East Coast stockholders as well as state regulators in the Madison-based Wisconsin Railroad Commission. Yet the company had no direct accountability to either Milwaukee’s municipal government or its citizens. Particularly in the early years, the company drew the ire of many local residents because of its impersonal “outsider” identity, its hostility to union organizers, its opposition to demands for lower fares, and its sustained refusal to improve service and equipment. The city repeatedly attempted to purchase the system from TMER&L Co. between the 1890s and 1950s but was met with resistance from both the state and anti-tax citizen groups that feared skyrocketing costs.

In 1938 the company divided its electric power and electric streetcar assets in compliance with the federal Holding Company Act of 1935. Despite a transfer on paper, the new Wisconsin Electric Power & Light Co., still owned by North American, retained ownership of the streetcar subsidiary. After World War II the Federal Trade Commission saw through this ruse and demanded immediate divestment. In response, in 1947 the company offered all of its rail assets to the city for approximately $600,000. The city could not by itself gather the funds due to state-imposed debt limits and other barriers. Therefore Milwaukee Mayor Frank Zeidler sought state enabling legislation to form a Metropolitan Transit Authority that could acquire and run the intra- and inter-city rail and rubber wheel (bus) transit system. Neighboring cities such as Waukesha and West Allis shared Zeidler’s concern that TMER&L Co. might sell the company to outsiders if the municipalities did not work together to retain local ownership. For a number of political reasons this acquisition by the city never materialized. Instead, Wisconsin’s Public Service Commission allowed TMER&L Co. and its successors to sell and dismantle all rail-based transit facilities. Subsequently, TMER&L’s streetcars shut down after running for the last time along Wells Street in the spring of 1958, sixty-eight years after the first electric streetcar ran on that same thoroughfare.[4] 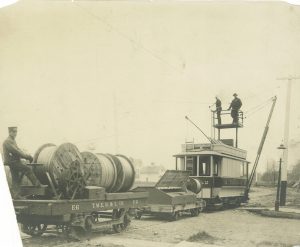 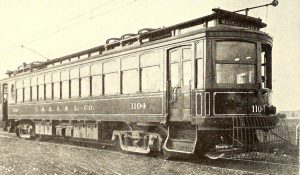