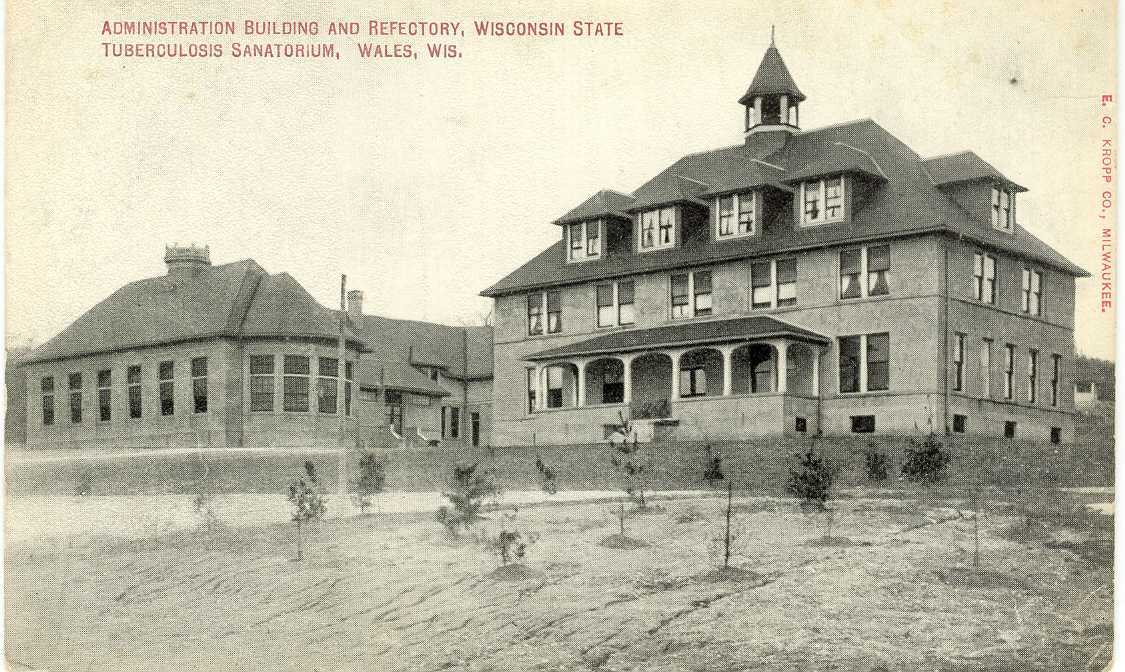 The Village of Wales emerged out of a settlement of Welsh immigrants in western Waukesha County. The first Welsh immigrant, John Hughes, arrived in 1840.[1] Hughes and the Welshmen who followed him established farms which produced wheat, a vital cash crop that was sold and processed in Milwaukee. As intensive cultivation of wheat quickly exhausted the area’s soil, farmers increasingly dedicated their land to dairying.[2]

The construction of the Chicago and North Western Railroad and the accompanying train station in 1882 spurred the development of a small commercial district. Residents built several homes, a general store, a grain elevator, a post office, and a lumberyard in the vicinity of the train station.[3] This area emerged as the center of life for the farmers in the so-called Welsh Hills by the end of WWI.[4] The Village of Wales was incorporated in 1922 to coordinate services for the developing community.[5] In 1930 the village population was approximately 132; by the end of WWII the population was 237.[6]

In the post-war period, dairy farms increasingly gave way to residential subdivisions. The village quickly transformed into a bedroom community for workers in the Milwaukee metropolitan area.[7] The construction of Interstate Highway 94 just north of the village drastically reduced commute times, while federal tax subsidies for mortgages made it easier for families to purchase new homes.[8] The Village of Wales experienced its greatest growth between 1970 and 1980, growing from 691 residents to 1,992, an increase of more than 188%.[9] After the 1990s population growth slowed significantly, but by 2010 the village had a population of 2,549.