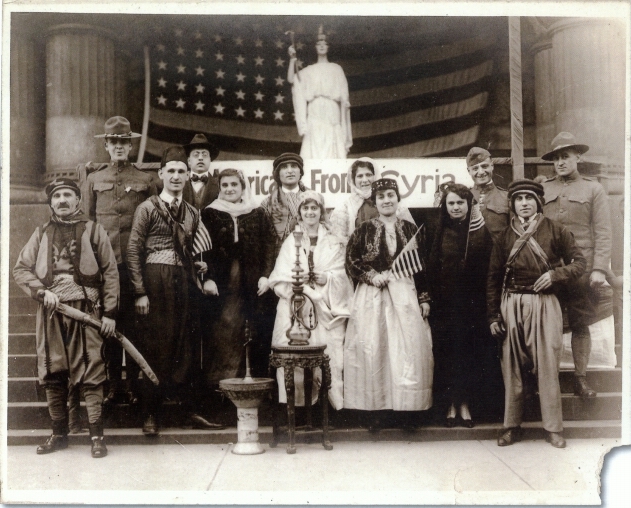 Milwaukee’s Syrian population dates to the late nineteenth century, when villagers from Ain Bordai, near present-day Baalbek in Lebanon, arrived in Chicago for the World’s Fair. At the time, Syria was a province in the Ottoman Empire. With the collapse of the Ottoman Empire at the end of World War I, the region came under French rule until Syria and Lebanon became independent states in the 1940s. Even though Syrian immigrants had arrived with the intention of performing in the exhibitions at the fair and returning home thereafter, some decided to travel north to Milwaukee. These early Syrian Milwaukeeans settled on Huron Street (Clybourn Street) near the Third Ward. By 1910, a noticeable Syrian-American community had developed on Fifth Street between Wisconsin and Wells Streets.[1]

Much of the early movement of the Syrian neighborhood can be attributed to the kinds of work they performed. Milwaukee’s Syrian immigrants initially worked for Greek and Italian merchants in the Third Ward. However, it was not long before many Syrian immigrants opened their own businesses, with specialties in rug and cloth production. Early Syrian immigrants tended to avoid the industrial work within the Third Ward and prospered, moving to the North Side with high home ownership rates by the late 1920s.[2]

The community was predominantly Christian of the Melkite confession, a Byzantine confession of Catholicism, “in communion with the Church of Rome.”[3] In 1911, members of the Syrian-American community signed a lease with Pabst Brewing Company to open St. George Syrian Chapel, named after the Melkite church in Ain Bordai, at 627-629 State Street. By the end of 1917, the Syrian Melkite community had grown enough that St. George Melkite Church was opened at 1617 State Street. St. George continued to form an important pillar of the Milwaukee metropolitan area’s Syrian-American community through the late 1960s, when Syrian-Americans became more dispersed throughout the metropolitan area, church membership became more westernized, and church doctrine became closer to Roman Catholicism.[4]

The Syrian-American community assimilated fairly quickly. Their high rates of homeownership and business proprietorship by the third decade of the twentieth century reflected an ability to assimilate American economic practices. Further efforts were made during World War I, as Syrian-American children in Milwaukee attended American schools. The process of assimilation was aided further by the founding of a number of social clubs, for example, the Syrian-American Men’s Club. Formed in 1914, it provided economic and social support for new immigrants with the intention of easing the process of adapting to life in a new city and country.[5] The assimilation of the Syrian community in the Milwaukee area proceeded through the 1960s. By 1970, only six families were active on St. George’s membership roster. By 1980, church membership had recovered to 122 active adult parishioners. Forty percent of these parishioners were not of Arab descent.[6] The community nevertheless continues to support the legacy of the early twentieth century migration. The American Syrian Lebanese Lodge of Milwaukee celebrated its centennial in August 2016.[7] 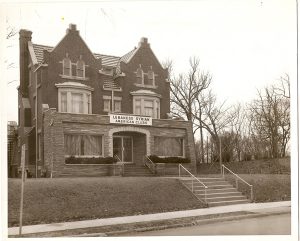