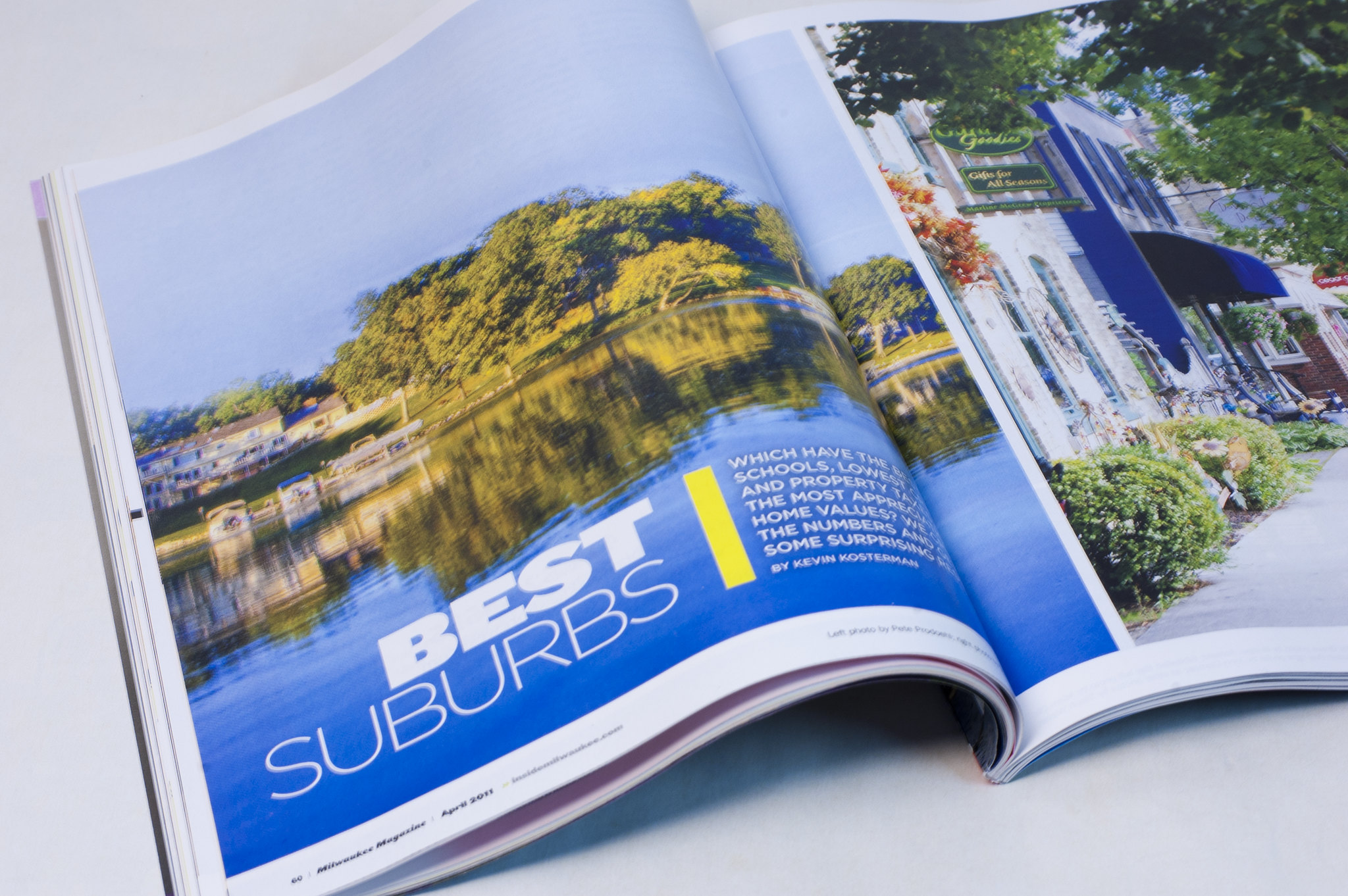 In 1979 Fort Howard Paper Company heir and WFMR-FM radio station owner Doug Cofrin began publishing Milwaukee Magazine, which Cofrin expanded from a monthly pamphlet reporting on local news stories and classical music.[1] Following an unsuccessful 1980 U.S. Senate bid, Cofrin sold the magazine to Cleveland-based City Magazines for $25,000.[2] Struggling to turn a profit, City sold the publication to Quad/Graphics owner Harry Quadracci in 1983 for $50,000.[3] Under the leadership of Harry’s wife—longtime Milwaukee Magazine president and publisher Betty Quadracci—the magazine evolved into a financially stable, award-winning monthly.[4] Employing seasoned editors like Charlie Sykes (1983-1987), Judith Woodburn (1987-1990), John Fennell (1992-2005), and Bruce Murphy (2005-2012), Milwaukee Magazine reported circulation of close to 32,000 in 2015, and an overall readership between 100,000 and 150,000. It continues to provide its readers with a combination of investigative journalism, probing human-interest pieces, and in-depth arts and culture coverage.[5]