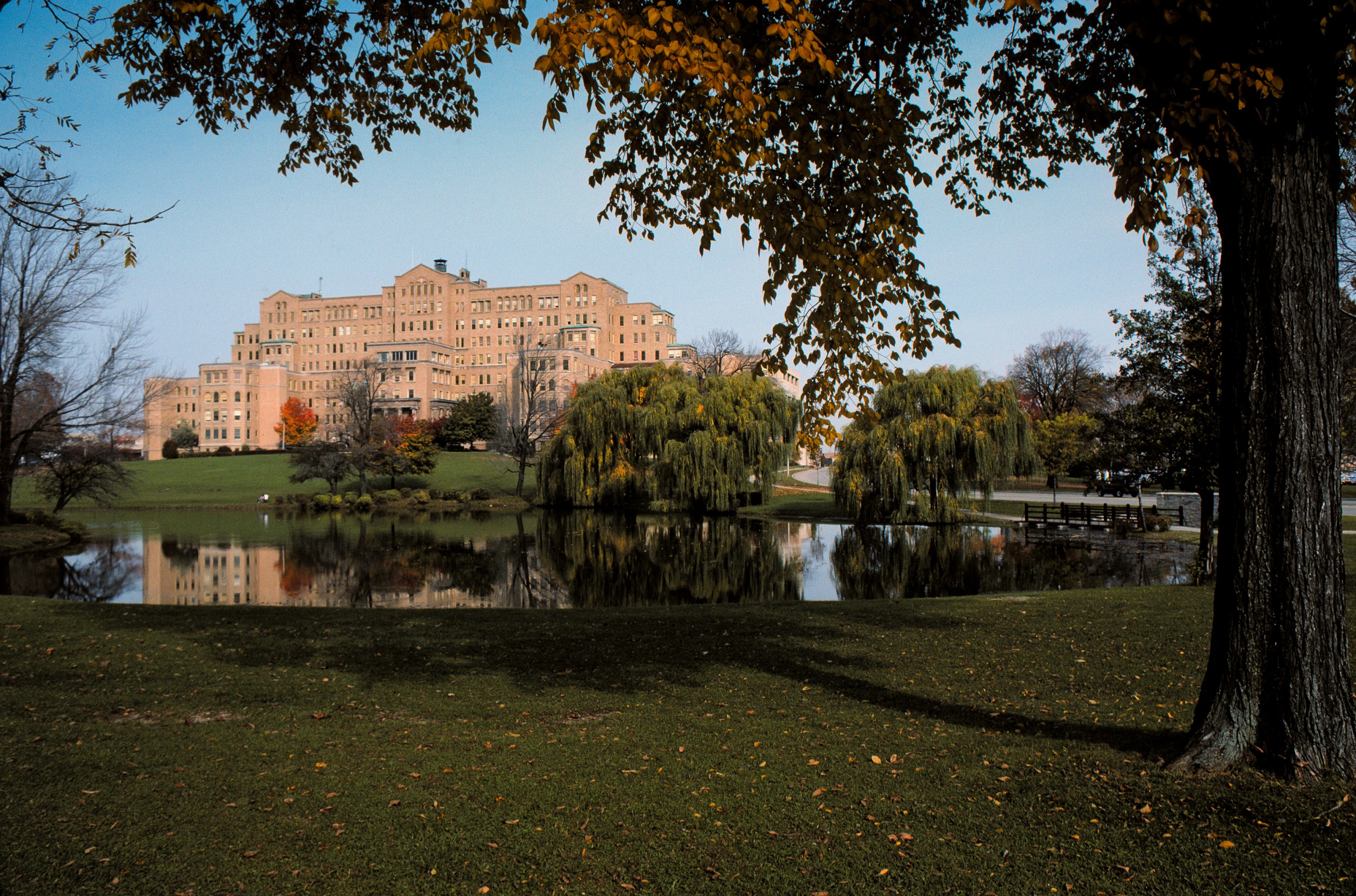 For over 130 years, Milwaukee County provided health care at the county grounds in Wauwatosa. What began as poor relief for the area’s growing population in the nineteenth century developed into Milwaukee County General Hospital, a core institution within the Milwaukee Regional Medical Center. In 1995 rising costs and other challenges led to its privatization.[1]

The cholera and smallpox epidemics that plagued the city’s inhabitants in the 1840s and 1850s forced Milwaukee County to seek an alternative to its overburdened Almshouse.[2] Milwaukee’s newly-established St. John’s Infirmary was the only health care option in the city in 1860.[3] A year later, the County Poor Farm in Wauwatosa became the site of a thirty-one bed structure named Milwaukee County Hospital. The hospital served the destitute, but also unwed mothers. Its hygienic defects reflected the disorganized and relatively primitive state of care at the time.[4]

By the late 1880s, a national trend toward professionalization led to more rigorous training and heightened standards for doctors, while the discovery of germs, bacteria, and environmental hazards as sources of sickness inspired cleaner working conditions.[5] A 276-bed hospital, including a school of nursing, was constructed in the 1880s, when the hospital began adopting modern surgical practices.[6]

With a population of over 300,000 and a rapidly growing economy, by the turn of the twentieth century Milwaukee County faced the complexities created by urbanization and industrialization. In response, Wisconsin’s Progressive reformers bureaucratized and expanded social welfare in their search for better organized care.[7] A new county managerial body orchestrated an affiliation between what was now called County General Hospital and Marquette University School of Medicine in 1918.[8] The school provided professional medical staff while a growing patient base prompted a 650-bed expansion in the 1930s.[9]

Reforms at the federal level shaped County General’s postwar history. Medicaid, enacted by the government in 1965, meant that the poor could now be treated at private hospitals. The loss of their business, in turn, compelled the state to allow County General to begin collecting fees from patients for the first time.[10] The federal government had also begun promoting regional health centers that would engender centralized associations between state-sponsored research, medical training, and health care, a vision implemented in Milwaukee under the guidance of County Executive John L. Doyne.[11] By 1980, County General Hospital, together with the Medical College of Wisconsin and Froedtert Memorial Hospital, formed the heart of the Regional Medical Center, a collaboration of public and private health care institutions at the county grounds.[12]

In 1995, Milwaukee County announced that it would no longer provide direct health care at the former County General, (renamed John L. Doyne Hospital in 1993).[13] The institution, which had remained dedicated to serving the region’s poor, faced bureaucratic and regulatory constraints which combined with unsustainable operating costs to force privatization.[14] Froedtert Memorial Hospital purchased Doyne Hospital in 1995 and demolished it six years later.[15]