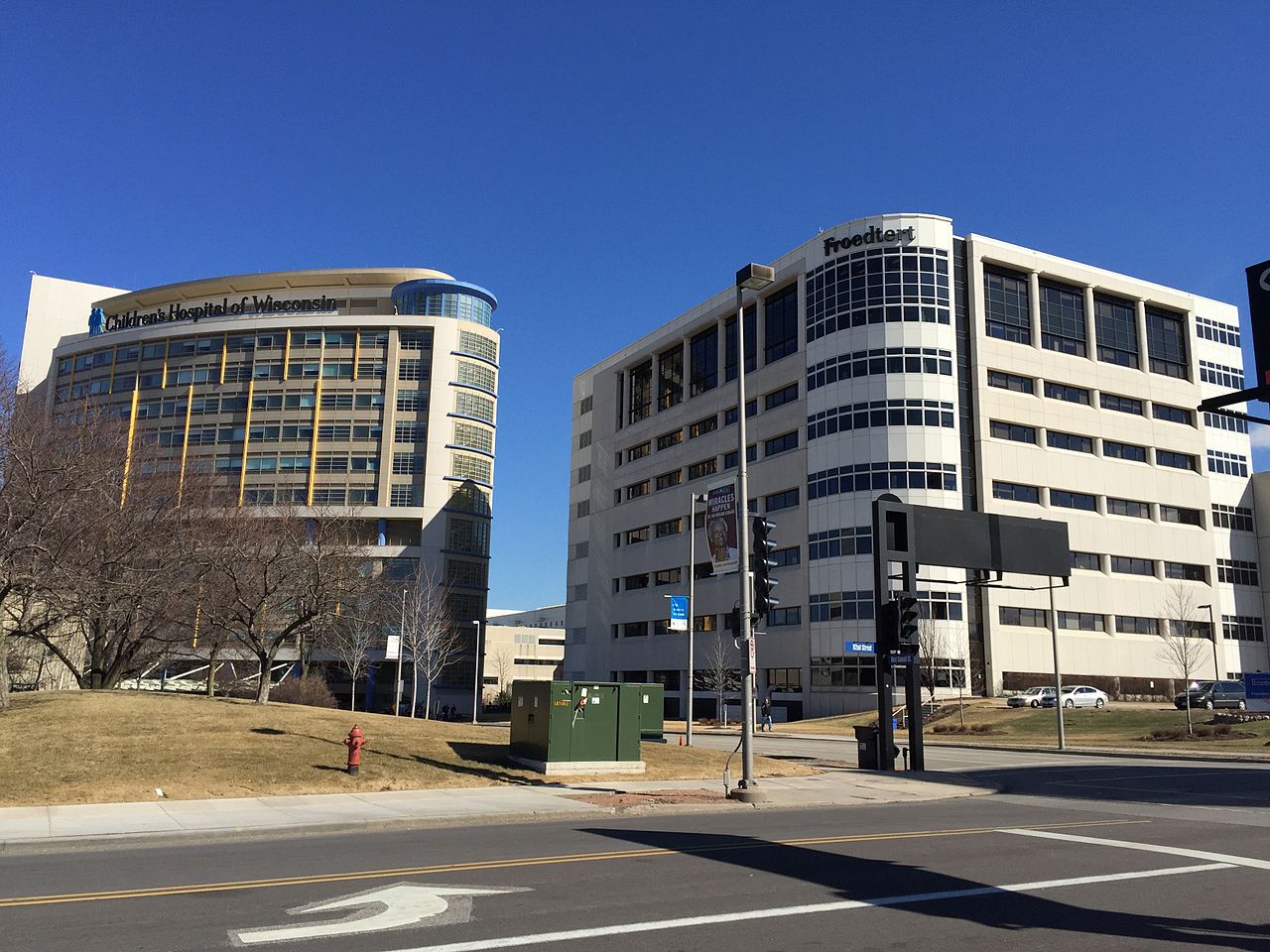 In 1951, the year Froedtert died from cancer, he bequeathed a multi-million-dollar hospital trust to Milwaukee—the largest individual gift ever received by the city.[2] His will directed the trustees of his estate to make the funds available to the community for the creation of a teaching hospital with a “definite preference for those of the Lutheran faith.”[3] The broad language of the will, on the other hand, allowed planners leeway so long as the general intent was fulfilled.[4]

A study commissioned in the 1950s surveyed the state of health care in Milwaukee and recommended the County Grounds as a site for the future hospital.[5] Planning delays occurred when the financially troubled—and Catholic affiliated—Marquette University School of Medicine entered negotiations with the Froedtert estate, prompting a lengthy lawsuit by the Lutheran Men of America.[6] The group settled with the trustees in 1965, procuring an agreement that gave them a voice in the hospital’s planning and organization.[7] Planning also progressed when Marquette severed its connection with its medical school two years later. The independent school that emerged, the Medical College of Wisconsin, became eligible for public funding, relocated to the County Grounds, and opened in 1978.[8] Finally, legislation in the 1960s allowed private hospitals to lease county land, paving the way for Froedtert’s groundbreaking in 1977.[9]

Completed in 1980, Froedtert Hospital sat five hundred feet west of County General Hospital.[10] Froedtert and County General initially split services, creating what locals dubbed “two half hospitals.” This state of affairs continued until Milwaukee County, facing serious financial difficulties, in part from the introduction of Medicare and Medicaid, terminated its role as a direct health care provider in 1995 and sold its facility to Froedtert.[11] The agreement of sale stipulated that Froedtert temporarily continue County General’s responsibility as a provider of care for the indigent and uninsured while the County developed a new system.[12] After overhauling the General Assistance Medical Program (GAMP), the County became a buyer of health care while Froedtert, at the County’s direction, began forging stronger relationships with community clinics, designed to provide the poor with localized service funded by GAMP.[13]

Staffed by physicians and students from the Medical College, Froedtert provides the region with advanced medical care and offers complex surgical procedures.[14] The hospital’s center for re-attaching severed extremities is one of the nation’s largest.[15] Its nurses operate on the innovative “7-70 plan,” whereby nursing teams work ten-hour shifts for seven days before receiving an entire week off.[16]

More than three decades since breaking ground, Froedtert Hospital, financially sound, has continued to expand its facilities at the Regional Medical Center and beyond.[17]