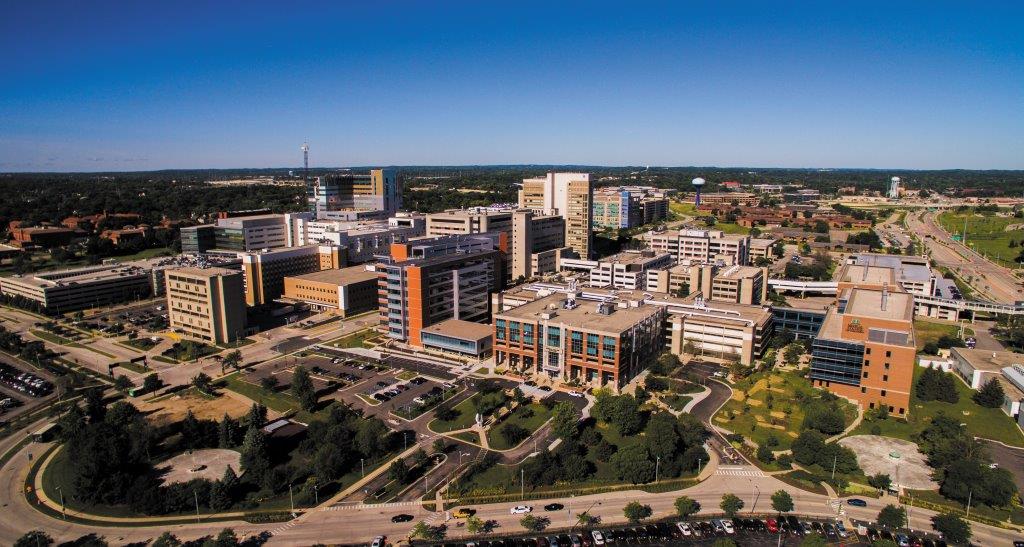 The Medical College of Wisconsin has its origins in private, for-profit Milwaukee medical colleges that opened in the late 1800s.[1] One of these enterprises, the Milwaukee Medical College, became affiliated (educationally, though not financially) with Marquette College in 1907. Five years later, a group of local physicians urged the University to strengthen its oversight and management of the medical programs and to merge the original college with the Wisconsin College of Physicians and Surgeons. Thus was born the Marquette School of Medicine.[2]

This new enterprise retained many of the faculty, facilities, and students from its constituent institutions. For its part, the Medical School’s administration focused its efforts on raising standards and working to improve the accreditation of its various degree programs. The American Medical Association’s Council on Medical Education had rated the earlier schools as “C,” but by adopting new standards, the Marquette University School of Medicine achieved “A” status by 1915.[3] These reforms resulted in a dramatic shrinking of the student body from 270 to 52 in only a few years. Another important development in these early years was the acquisition of a sizeable endowment from the Carnegie Foundation.[4]

By the 1950s, the Marquette School of Medicine needed to reassess itself in light of the changing nature of health care in postwar America. To this end, Dean John Hirschboeck presented plans in 1952 for a University Medical Center, but funding for such a momentous initiative proved difficult to secure.[5] In the meantime, the lack of a teaching hospital limited the Medical School and forced faculty and students to travel across the city to work at various health service centers.[6] About the same time, the Froedtert family discussed a collaboration with Marquette University on a new hospital, an enterprise that originally had been intended to have an affiliation with the Lutheran Church.[7] Despite repeated delays, the Southeastern Wisconsin Regional Medical Center was finally constructed in 1968.

Throughout the late 1950s and early 1960s, financial difficulties had become an ever-present problem for the Medical School, with deficits mounting into the hundreds of thousands of dollars annually.[8] These mounting debts forced the Marquette University Board of Trustees to reevaluate its relationship with the medical school, as did the increasing regulation of and support for medical care by government agencies.[9] In 1967, a possible separation of the University and the Medical School was given renewed consideration.[10] At a special meeting on September 30, 1967, the University finally decided to sever ties with the Medical School, allowing the latter to access badly needed state funds.[11]

In 1970, the Medical School was reconstituted as the Medical College of Wisconsin (MCW).[12] Eight years later, the College moved the campus of the new Milwaukee Regional Medical Center. During the ensuing years, MCW has continuously expanded its facilities with educational buildings and research centers such as a Cancer Center and a Health Research Center.[13] Most recently, the College opened its new Pharmacy School in August of 2017.[14] The College also unveiled plans for facilities to mitigate the effects of socioeconomic status in health care access.[15] To this end, it is opening a new 37,000 square foot downtown clinic as part of the Froedtert & the Medical College of Wisconsin system.[16]