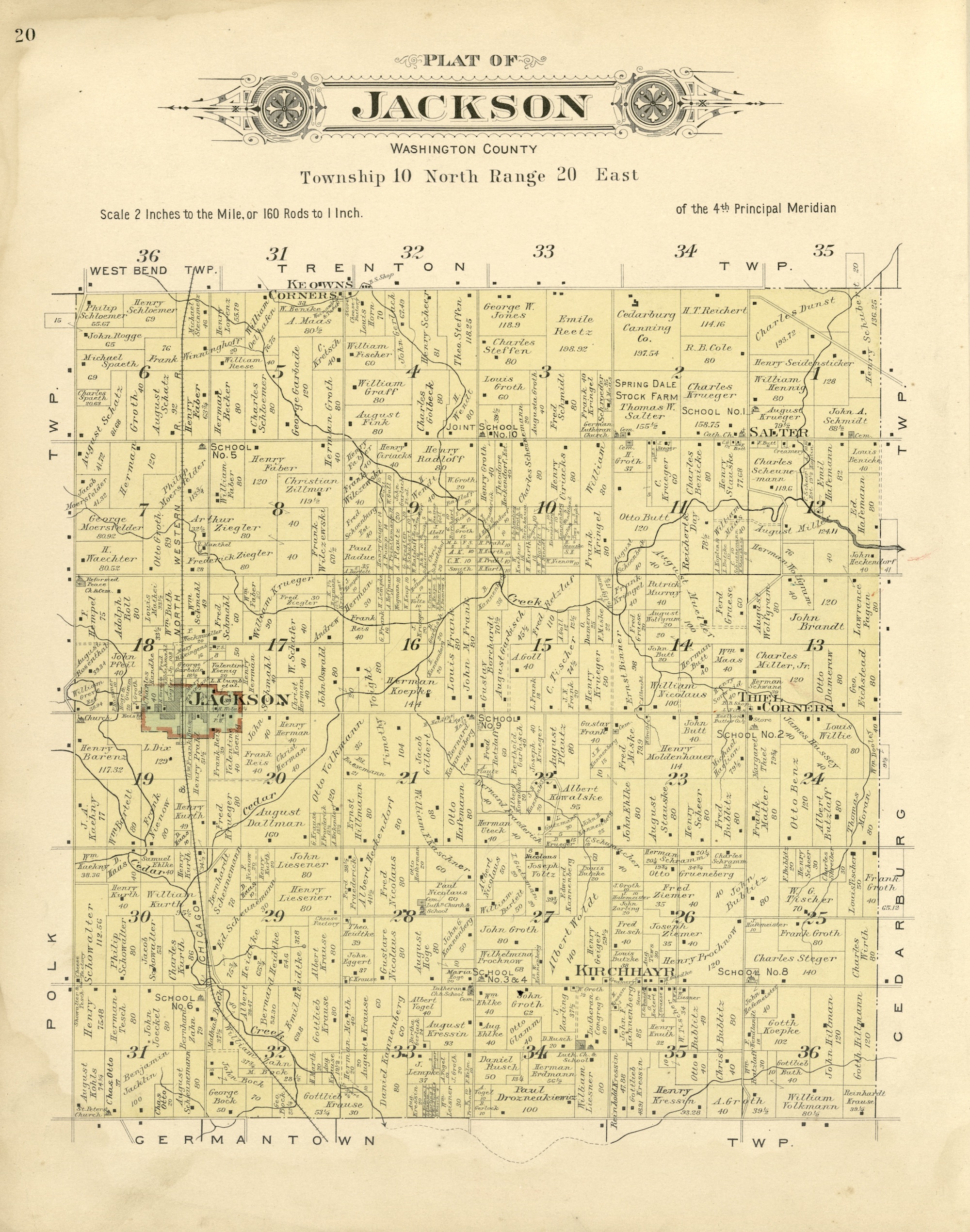 Located in southeastern Washington County, and originally 36 square miles, the Town of Jackson incorporated on January 21, 1846. Early settlers of the Town made land entries as early as 1843.[1] The Town experienced rapid settlement; just two years later 149 land entries were made. A majority of the early settlers of the Town of Jackson were German Lutherans, though the Town’s early population also included Irish settlers.[2]

The Town remained nearly exclusively agricultural into the late 1800s; major crops included wheat, corn, and oats. Residents also engaged in timber harvesting and dairy farming. Until the 1870s, the Town of Jackson contained no significant centralized commercial areas. However, with the construction of the Chicago and North Western Railway linking Milwaukee to Fond du Lac, a small hamlet called Riceville grew around the depot. By the 1880s, the unincorporated communities of Riceville and Kirchhayn had their own post offices.[3] Riceville, the original name for the future Village of Jackson, was named for German immigrant Franz Reis, who cultivated the commercial development around the train depot. The hamlet incorporated as the Village of Jackson on March 14, 1912. The Village of Jackson is bounded on three sides by the Town of Jackson.[4] As of present day, Kirchhayn remains an unincorporated community within the Town of Jackson.[5]

From the early 20th century until 1970, the Village of Jackson’s population increased only modestly. However, by 1975, the Village and Town had a total of 637 housing units, nearly 75% of which were constructed in the previous five years. Despite this housing surge, by 1975 almost 70% of Village land remained agricultural.[6] The Village of Jackson experienced another substantial increase in residential growth in the 1990s. Jackson’s proximity to Highway 45, a major north/south thoroughfare that links the area to Milwaukee, as well as the availability of undeveloped land, contributed to this population growth.[7]

As the area’s population grew, the Village began annexing land from the Town. In 1999, the Town and Village ratified a first-in-the-state border and compensation agreement that outlined how the Town would be compensated for its lost tax base. The agreement also stipulated future annexation limits for the Village.[8] Following the Town/Village agreement, the Village continued to experience growth in the form of residential subdivisions through the 2000s.[9]

According to the 2010 census, the Town of Jackson was home to 4,134 residents. More than 90% of the housing stock is owner-occupied, and 84% of households are family households.[10] The Village of Jackson contained another 6,753 residents.[11] Neither the Town nor the Village has its own school district; students enroll in three nearby public school districts: Cedarburg, Germantown, or West Bend.[12]

The Town and Village of Jackson are part of the Milwaukee River Watershed. The area contains several bodies of water, including Cedar Creek and Hasmer Lake.[13] Additionally, the area contains the Jackson Marsh, a State Natural Area managed by the Department of Natural Resources since 1994. It is part of the larger Jackson Marsh Wildlife Area, 2,312 acres of swamps, grass-covered fields, and woodlots, which are home to a diverse array of wildlife, including several rare species of birds.[14] 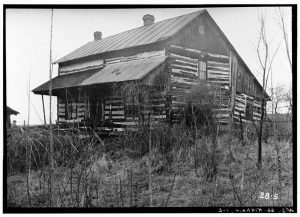