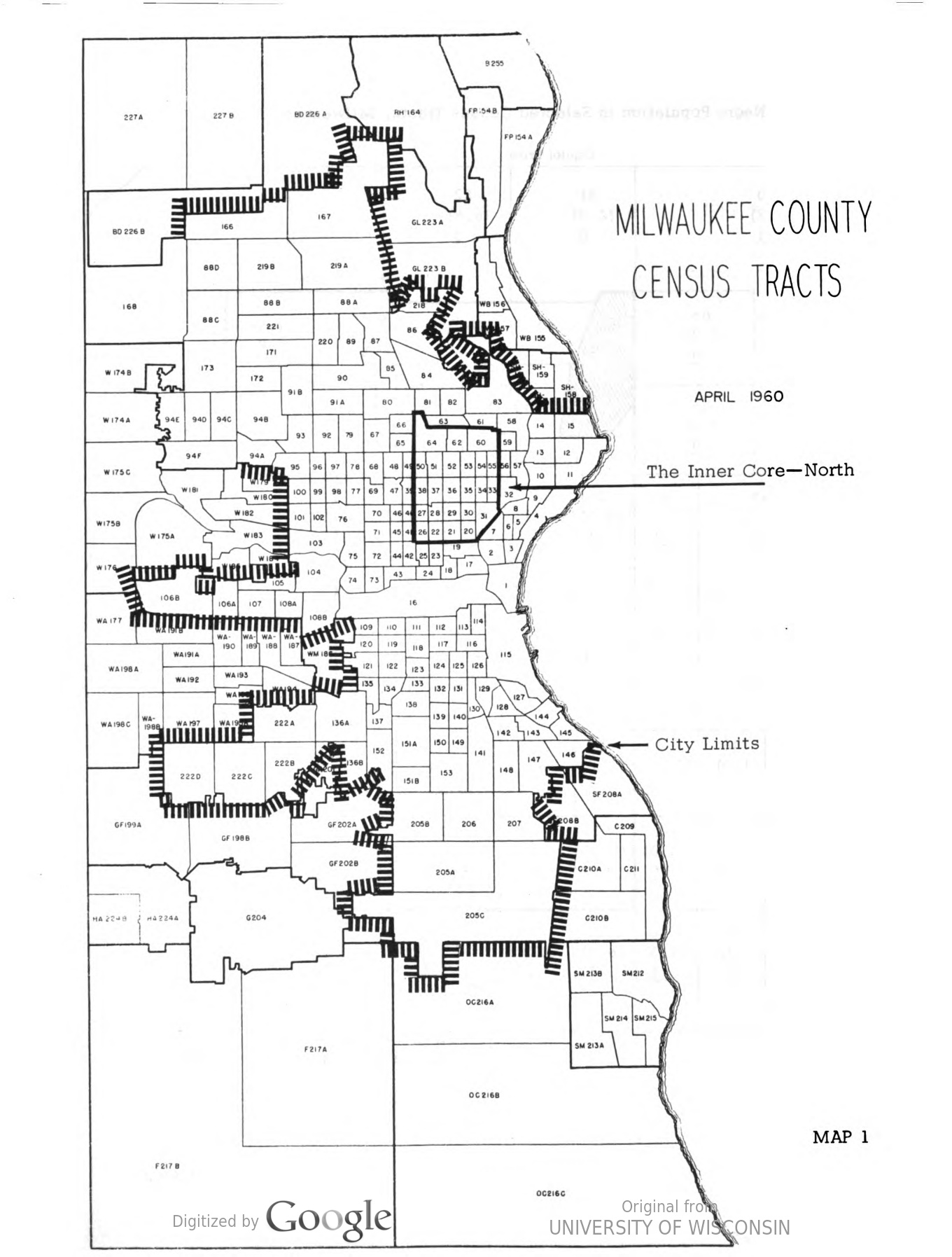 In 1959, Mayor Frank Zeidler called a public conference and assembled a group of community activists and researchers to discuss the “Social Problems of the Core of the City.” The group’s final report was issued on April 15, 1960. Titled “Mayor’s Study Committee on Social Problems in the Inner Core Area of the City” but known informally as the “Zeidler Report,” the report detailed problems and potential solutions in the neighborhoods labeled Inner Core.[1] Bounded by Juneau Avenue on the south, 20th Street on the west, Holton Street on the east, and Keefe Avenue on the north, the Inner Core was occupied primarily by poor black southern migrants.[2] The report documented racial segregation in Milwaukee’s housing.

Upon its publication, the Common Council’s Building and Grounds Committee sought to put the report “on file.” Alderperson Vel Phillips protested burying the Zeidler Report in this way, ensuring that it would not be ignored.[3]

Following the publication of the Zeidler Report, numerous local social scientists used the term Inner Core in published studies documenting how race, socioeconomic status, and education level intersected for a portion of the population living within Milwaukee. These studies explored a number of local topics, including business practices, recreation, and police-community relations.[4] The term Inner Core was used in Milwaukee in a way parallel to “Inner City” in other American metropolitan regions but largely fell out of academic use after the 1960s. However, in media discussions of Milwaukee’s continued “hyper-segregation” as well as in the re-development of residential and commercial spaces, the term Inner Core continues to appear into the twenty-first century.[5]

Rose, Harold M. “The Development of an Urban Subsystem: The Case of the Negro Ghetto.” Annals of the Association of American Geographers 60 (1970): 1-17.