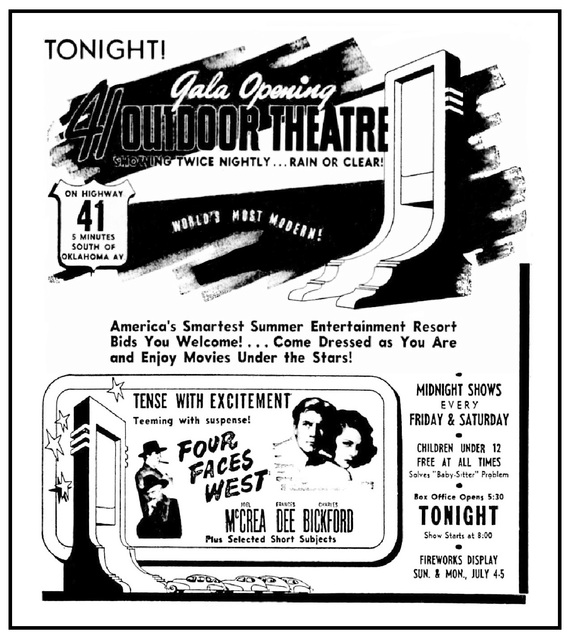 Franklin originated as a heavily wooded, 36-square-mile frontier bordering Racine County and bisected by the Root River. It was inhabited by the Potawatomi and Menominee Indian tribes until the mid-1830s, when German, Dutch, and Irish immigrants began arriving to clear the land for farming.[1]

Milwaukee County put land up for sale at $1.25 per acre, and Franklin became a civil township on December 20, 1839. The first town meeting was held April 5, 1842, at the residence of J.C. Loomis. 37 voters elected to name their settlement after statesman Benjamin Franklin.[2]

Franklin remained a self-sufficient farming community for the next 100 years. Businesses were limited to farm implement stores, gas stations, and taverns. Limestone deposits were discovered in the center of Franklin during the 1930s, and mining operations began in earnest in 1941.[3] Today the quarry is owned and operated by Payne & Dolan.

Franklin began to evolve from an agrarian to suburban community in the early 1950s, when two low-cost housing developments were constructed west of 76th St. and south of Rawson Ave. As of 1962, however, 80 percent of the city was still considered farmland.

The influx of non-farming families triggered Franklin’s need for expanded educational facilities. In 1951 Franklin consolidated its four one-room schools into a single school district. Those schools closed after the opening of Ben Franklin Elementary in 1953 and Country Dale Elementary in 1957. In 1962 Franklin High School greeted 350 sophomores, freshmen, and eighth grade students.[4]

Following the end of World War II, the City of Milwaukee sought to expand its boundaries by annexing unincorporated townships such as Lake and Granville. To avoid a similar fate, Franklin residents passed a referendum, 704 votes to 220, to incorporate under the terms of the Oak Creek Law.[5] Franklin officially became a city on August 15, 1956. That November, Franklin held its first mayoral election in which businessman Robert MacDonald defeated town chairman Thomas Godsell, 1,124 votes to 779.[6]

The vast amount of open space in Franklin made it a catch basin for a variety of developments not found in other suburban communities. In 1949, Milwaukee County built a correctional facility on S. 68th Street to serve as a work farm for individuals convicted of minor crimes.

During the height of the Cold War in the 1950s, the federal government used Franklin land to plant Nike anti-ballistic missiles in underground silos. When that defense system became outdated, the site was redeveloped into Franklin’s first business park in the 1970s.[7]

For entertainment, Franklin featured outdoor movies and dirt track racing. The 41 Outdoor Theater opened on 27th Street in 1948 and eventually added two more screens. It remained Wisconsin’s second largest outdoor theater until it closed in September 2001 and was replaced by Northwestern Mutual Life Insurance corporate offices. The Hales Corners Speedway, located on Franklin’s western boundary, was a popular venue for dirt track racing fans from 1947 through August 2003. Today the site is a Menards superstore.[8]

By 2014, Franklin’s population had risen to nearly 36,000 with a median household income of $74,300.[9] Only 5 percent of the residents were still considered rural dwellers. 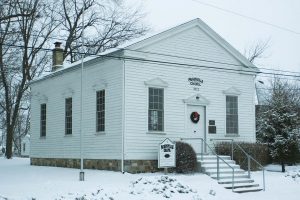 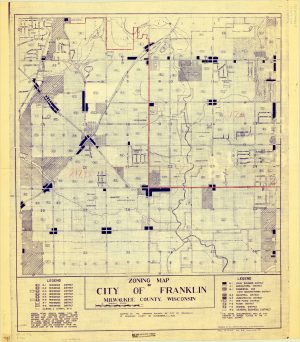