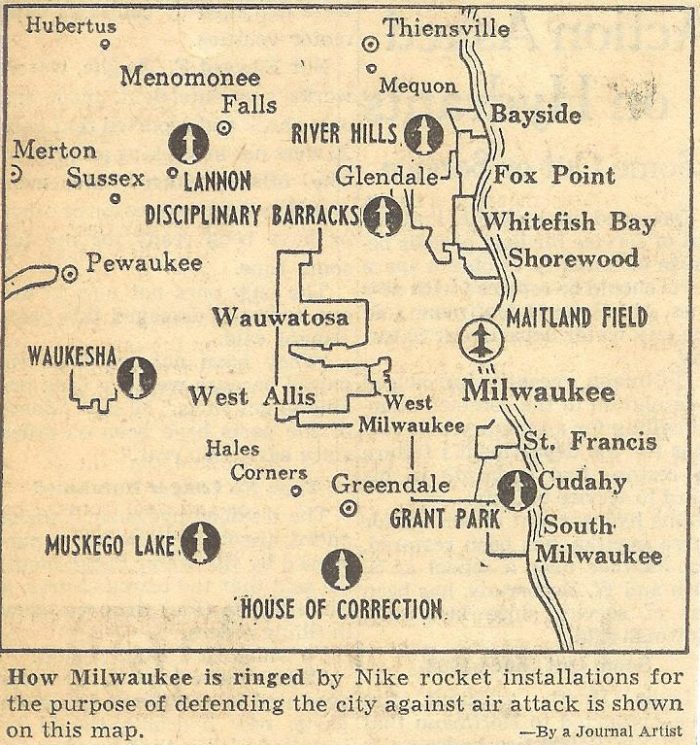 Milwaukee was one of a handful of Midwestern cities equipped with launching stations for Nike anti-aircraft missiles during the 1950s and 1960s.[1] Milwaukee’s defense ring consisted of eight sites, including the lakefront Maitland airstrip. Each site housed up to twelve radar-controlled rockets capable of shooting down planes traveling at supersonic speeds.[2] Beginning in 1958, the Maitland, Waukesha, and River Hills stations acquired the more lethal Nike Hercules weapons while the remaining Milwaukee-area sites retained the smaller Nike Ajax. In 1971, the army announced it would close all of its Wisconsin missile facilities.[3] The abandoned Maitland station is now home for the city’s annual Summerfest. 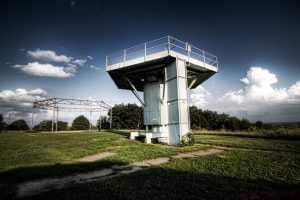