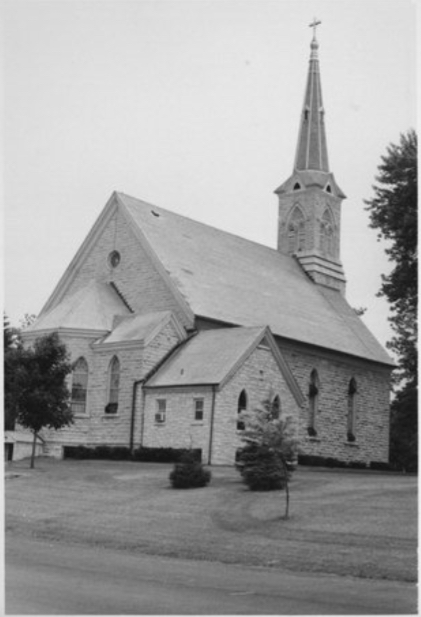 The City of Mequon, located north of Milwaukee, forms the southern border of Ozaukee County. Encompassing over forty-eight square miles, Mequon extends from Lake Michigan to Washington County and surrounds the Village of Thiensville.[1] Incorporated in 1957, the City retains many rural traits such as low population density and undeveloped properties.[2]

The land that became Mequon was originally heavily forested and rich in water resources.[3] Until the enactment of treaties between the United States government and local Native American tribes in the 1830s, the Milwaukee River in Mequon functioned as a territorial boundary between the Potawatomi (to the west) and the Menominee (to the east).[4] Although these groups were the most recent Native American communities to inhabit Mequon, the city may have gained its name from an Ojibwa word. One theory suggests that the name, derived from the word for “ladle,” refers to the bend of the Milwaukee River as it travels through Mequon.[5]

Whatever the name’s origin, it was soon adopted by white settlers. Although the area would not become legally a city for over a century, the Town of Mequon was established in 1846.[6] The first white settlers, Yankee Yorkers and English and Irish immigrants, began arriving in the area in the mid-1830s.[7] In 1839, the first German immigrants arrived in Mequon.[8] These adherents of the Old Lutheran faith resisted the German government’s efforts to unite them with the Reformed church and instead fled to the United States.[9] While some members of the group settled in Buffalo, New York, and the City of Milwaukee, about twenty families moved to Mequon.[10] These new arrivals established the Freistadt settlement in the western portion of the Town. The community completed its first church building in 1840. Trinity Lutheran Freistadt Church is recognized as the oldest Lutheran congregation in Wisconsin.[11] Since 1848, the church has been part of the Lutheran Church-Missouri Synod.[12]

Industry and population growth in the twentieth century led to new layers of government organization in Mequon. In 1910, the urban core of Mequon incorporated as the Village of Thiensville.[13] Following World War II, suburbanization increased the remaining Town of Mequon’s population roughly 110 percent between 1950 and 1960.[14] With a 1957 population of about 7,500, Mequon incorporated as a city under the terms of Wisconsin’s new Oak Creek Law.[15] As a city, Mequon was able to preempt any future annexation attempts by Milwaukee or Thiensville.[16]

Despite being a city in name, Mequon remains fundamentally residential. Nearly three-quarters of the city’s roughly 23,000 current residents live in single-family homes.[17] While the subdivision of agricultural land has facilitated this population growth, nearly half of Mequon’s land remained undeveloped in 2014.[18] A substantial portion of this land continues to be used for agricultural purposes, but the city is also home to twenty-five parks and five golf courses.[19] Concordia University Wisconsin, the Wisconsin Lutheran Seminary, and Milwaukee Area Technical College-North Campus are located within Mequon.[20] The connected histories of Mequon and Thiensville are reflected in several joint institutions, including a shared post office, school district, and library.[21] 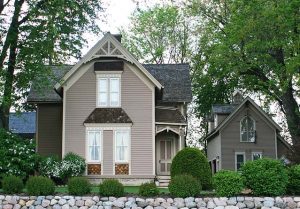 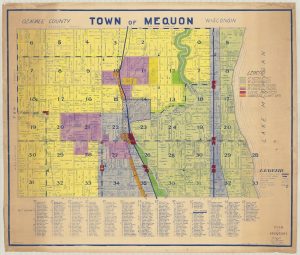