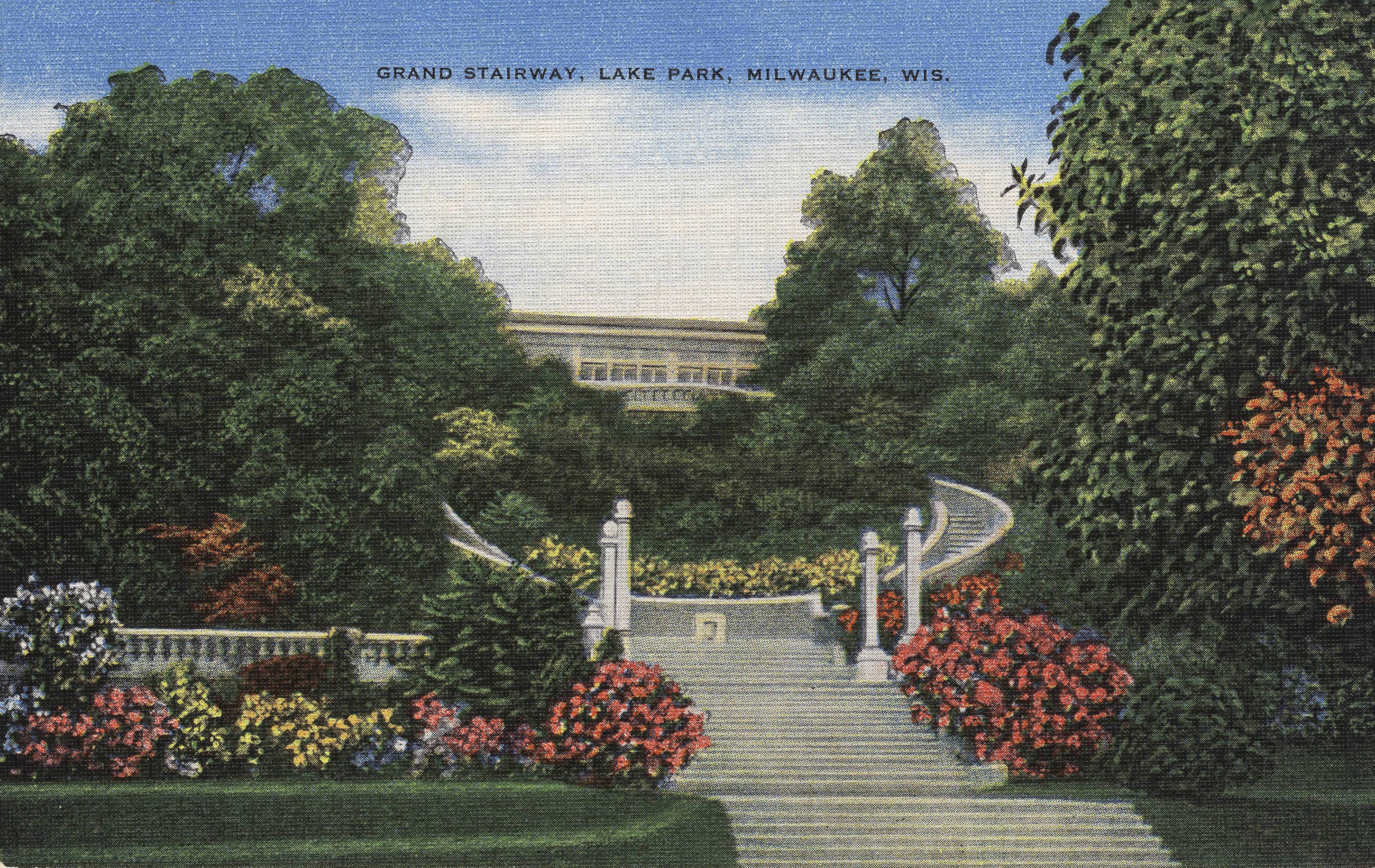 The City Beautiful Movement was a turn of the twentieth century national movement focused on creating attractive, well-designed urban landscapes. While the City Beautiful crusade is typically associated with places such as Chicago, Washington, D.C., and Denver, Milwaukee also experienced a push for beautification during this period. Influenced by the municipal reform movement and inspired by the “White City” at Chicago’s World Columbian Exposition in 1893, City Beautiful proponents sought to replicate features of European capitals in American cities. They envisioned what modern cities could be, with large civic centers utilizing neoclassical architecture; broad, tree-lined boulevards; and expansive park systems. Milwaukee’s City Beautiful Movement was also shaped by the city’s large German population, whose wealthier members frequently traveled abroad and desired to bring European elegance to their hometown.[1]

The notion that municipal officials were responsible for streets, sanitation, and public health gained support slowly among Milwaukee residents throughout the 1870s and 1880s, but it was not until the 1890s that aesthetics became a focus for civic activists. The first park board was created in 1889, and by 1890, it had chosen five locations for purchase and development. The board retained the firm of renowned landscape architect Frederick Law Olmsted to advise on design.[2] Locally, the City Beautiful Movement began in earnest on February 21, 1900 when a meeting of club women organized a committee dedicated to making the city more attractive. The beautification committee, chaired by Mrs. Georgia Ide, consisted of representatives from nine woman’s clubs. Building on these efforts, architect Alfred C. Clas, Milwaukee’s most vocal City Beautiful proponent, campaigned tirelessly for municipal authorities to oversee civic beautification. Mayor David Rose endorsed Clas’ vision in 1905 and two years later the city council approved a Metropolitan Park Commission (a misnomer because it was really a planning commission that was separate from the park board). Clas was a longtime member of both bodies, as was Charles B. Whitnall, the “father” of Milwaukee County’s park system. The Milwaukee Sentinel also joined the campaign, calling for “‘Milwaukee the Beautiful.’” In agreement with these sentiments, Mayor Rose promised to rid the river docks of eyesores and public health hazards.[3]

Clas, Whitnall, and their supporters insisted that a beautiful environment aided the moral, physical, intellectual, and political development of Milwaukee’s citizens. Thus they advocated for expansion of the existing park system, along with grand boulevards, a civic center with neoclassical touches (to be situated between State, Wells, Fourth, and Ninth Streets), and improved pools, beaches, and lakefront amenities. Although the largely upper and middle class movement has been criticized for prioritizing appearances over the concerns of the working poor, City Beautiful adherents proposed many valuable additions to the Milwaukee cityscape that remain today. These include Kilbourn Avenue, Newberry Boulevard, the civic buildings at MacArthur Square, and many of the lakefront parks. The legacy of early beautification campaigns may also be seen in greater Milwaukee’s thousands of acres of public green space, including Lincoln, Gordon, Jackson, Lake, and Riverside parks, and in modern improvements like the RiverWalk project (initiated in 1988).[4] 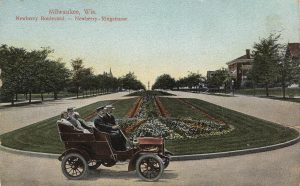