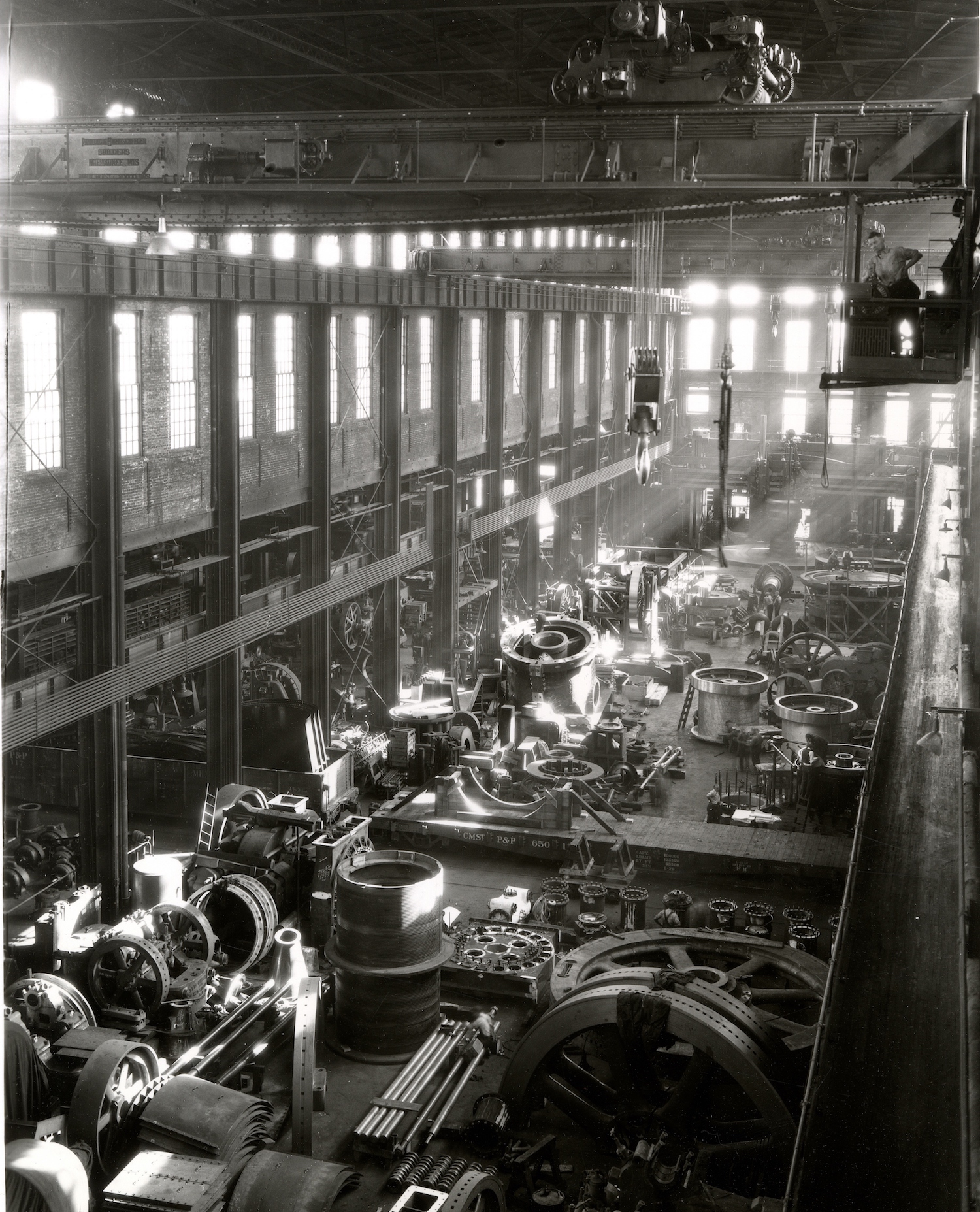 Operating from 1847 to 1999, the Allis-Chalmers Corporation was one of Milwaukee’s key manufacturing giants and for a time the city’s largest employer, producing what one historian describes as “the ‘big stuff’ for America’s expanding urban and industrial markets.”[1]

Allis & Co. continued to innovate in saw mills and grain processing equipment throughout the late nineteenth century. It expanded production to other large machines, including mining hoists and pumps, blowing engines and rollers for the steel industry, and pumps and electricity generators for major American cities.[8] By the turn of the century, Allis & Co. had become the “largest single manufacturer of steam engines in the United States.”[9] In the process, the company also became one of the city’s largest employers, growing from 200 workers in 1871, to nearly 1,500 in 1889, and 1,800 in 1900.[10]

Untrained in metalworking and mechanics, E. P. Allis focused primarily on the company’s finances and contracts, relying on the expertise of notable engineers, such as steam engine designer Edwin Reynolds.[11] Allis was not unreceptive to workers’ demands at the Reliance Works, matching employee contributions to a new Allis Mutual Aid Society in 1883 and offering an eight-hour agreement prior to the strikes of May 1886.[12]

Reynolds took over the company’s leadership after Allis’ death in 1889 and initiated plans for its modernization. In 1901, Allis & Co. merged with three other major machinery manufacturers—the Chicago-based Fraser-Chalmers Company and Gates Iron Works, and the Scranton-based Dickson Manufacturing Company—forming the Allis-Chalmers Company. The following year Allis-Chalmers opened an enormous new plant along major rail lines on the western outskirts of Milwaukee, creating the industrial suburb of West Allis.[13]

In the early 1900s, Allis-Chalmers began producing gas engines for industrial machinery, becoming “the largest builder of gas engines in the United States.”[14] In 1904, the company acquired the Cincinnati-based Bullock Electric Manufacturing Company, bolstering its production of generators, motors, transformers, and other electrical products.[15] With these additions, Allis-Chalmers operated major plants in Milwaukee, Chicago, Scranton, and Cincinnati, while boasting its mastery over “four powers: steam, gas, water, electricity.” By late February 1916, there were over 5,500 workers employed in West Allis within a total corporate workforce of 8,300.[16]

Allis-Chalmers further expanded its interests in the 1910s by establishing a new tractor division. Acquiring the Monarch Tractor Corporation and the La Crosse Plow Company, Allis-Chalmers became a leading national manufacturer of agricultural machinery by the 1930s.[17]

The West Allis works employed 9,681 workers in 1937, as many as 20,000 during the Second World War, and around 15,000 in the years after the war.[21] The CIO-affiliated UAW Local 248 formed in 1937 to improve wages, hours, and conditions for these workers. However, alleged connections of several union organizers to the Communist Party and a series of extensive, volatile strikes during the Red Scare of the late 1940s drew Congressional intervention and the indictment of union president, Harold Christoffel, for perjured testimony in federal hearings.[22]

Through the mid to late twentieth century, Allis-Chalmers continued to acquire national competitors and expanded into the production of atomic energy and construction equipment. The company reorganized as the Allis-Chalmers Corporation in 1971 to incorporate new global subsidiaries.[23] However, the company struggled to remain competitive as the recession of the early 1980s diminished sales, and other firms surpassed them in global markets. Although Allis-Chalmers attempted to stay afloat by selling product divisions, closing plants, and laying-off workers, the former giant rapidly dwindled—declaring bankruptcy in 1987 and closing its last Milwaukee office in 1999.[24] Much of the old West Allis works was razed or repurposed for retail spaces, offices, and facilities for the Milwaukee Area Technical College in the 1980s and 1990s.[25] 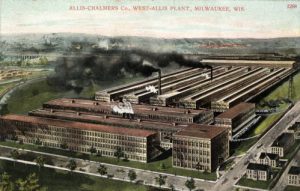 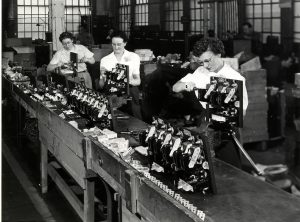