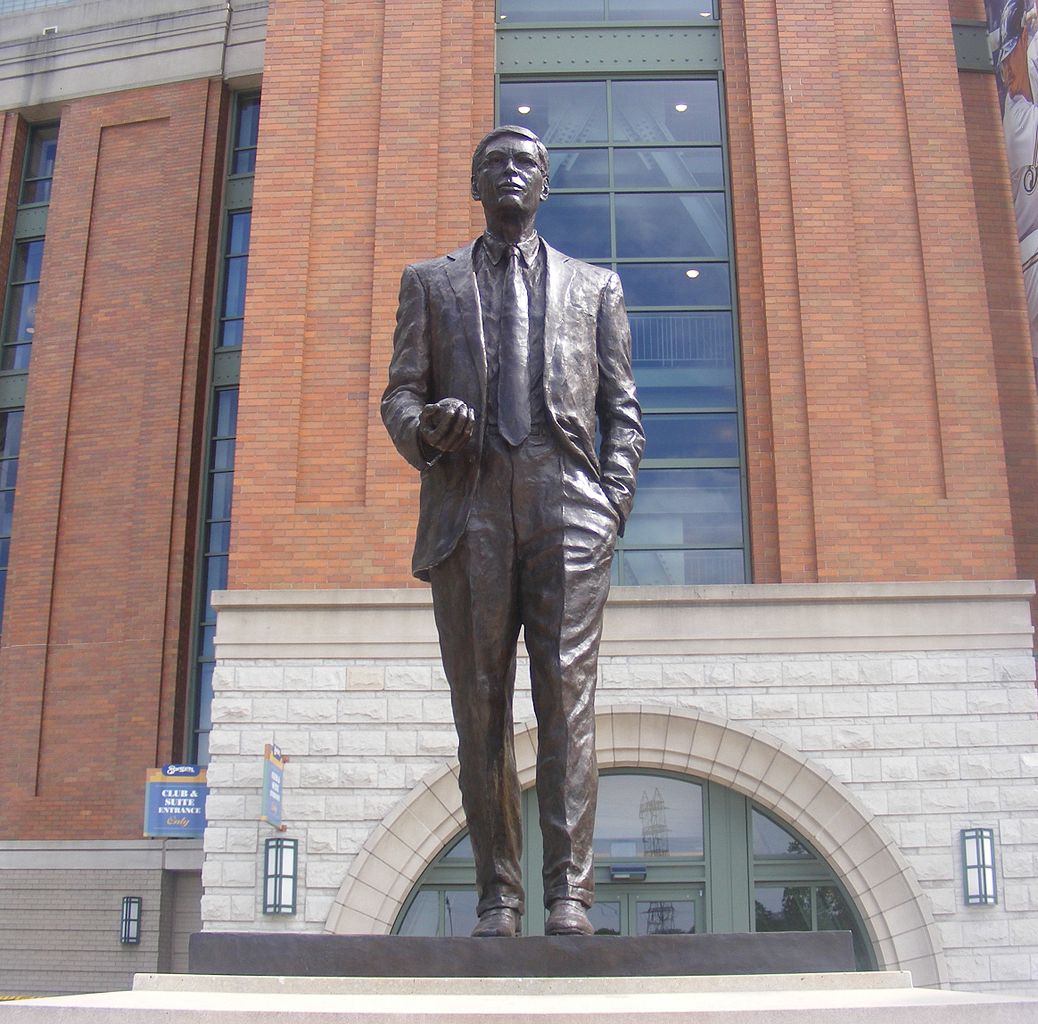 Allan Huber “Bud” Selig began serving as Commissioner of Major League Baseball in 1992, but his baseball roots were established in Milwaukee decades earlier. Born in Milwaukee on July 30, 1934, Selig grew up watching the minor league Milwaukee Brewers at Borchert Field. After graduating from UW-Madison and serving in the U.S. Army for two years, Selig returned to Milwaukee and worked at his father’s car-leasing business, becoming president of the business after his father’s death. Years later, Selig became the largest public stockholder of the Milwaukee Braves.[1]

When the Braves announced their relocation to Atlanta in 1965, Selig sold his stock in the team and established Milwaukee Brewers Baseball Club, Inc., in honor of the team he watched as a youth. Selig hosted minor league and professional games at County Stadium in the ensuing years, hoping to attract enough interest to lure another professional franchise to Milwaukee. After a failed attempt to purchase the Chicago White Sox in 1969, Selig bought the bankrupt Seattle Pilots and relocated the franchise to Milwaukee in 1970.[2]

During Selig’s tenure as team president, the Brewers reached the postseason in 1981 and played in the 1982 World Series. Selig assumed the role of Acting Commissioner of Major League Baseball in 1992 and became the official Commissioner in 1998. At that time, he relinquished his ownership and CEO title of the Brewers to his daughter, Wendy Selig-Prieb, who was the only female CEO in Major League Baseball during her tenure. In January 2005, Mark Attanasio purchased the Brewers, ending the Selig family’s official oversight of the team.[3] A statue of Bud Selig stands outside Miller Park with other Brewers legends, including Hank Aaron, Bob Uecker, and Robin Yount.

As Commissioner, Selig instituted controversial changes to the structure of the National and American Leagues and to postseason competition, adding the Wild Card and divisional playoff series to the postseason in 1994, introducing “interleague play” to the game in 1997, and consolidating the American and National Leagues’ administrative functions into the Commissioner’s Office in 2000. After the 2002 All-Star Game ended in a tie, Selig announced that the winning league in future All-Star Games would receive home field advantage in that year’s World Series.

Controversies involving owners and players also highlighted Selig’s tenure as Commissioner. Significant adjustments to revenue sharing among teams and labor negotiations with the Major League Baseball Players Association were hallmarks of Selig’s tenure. Selig weighed in on ownership decisions of the Los Angeles Dodgers and Houston Astros, resulting in the Dodgers being sold in 2012 after MLB took control of the team and the Astros shifting to the American League in 2013. Arguably, the most significant issue Selig addressed as Commissioner was the use and testing of performance enhancing drugs among major league players. Selig testified to Congress numerous times on the matter and proposed stricter measures for testing and penalties for players who test positive for banned substances.[4] In 2013, the most substantial penalties for banned substances were issued, with fourteen players receiving suspensions of fifty games or more.

Selig retired as “Commissioner Emeritus” in January 2015. He was elected to the Baseball Hall of Fame in December 2016.[5]