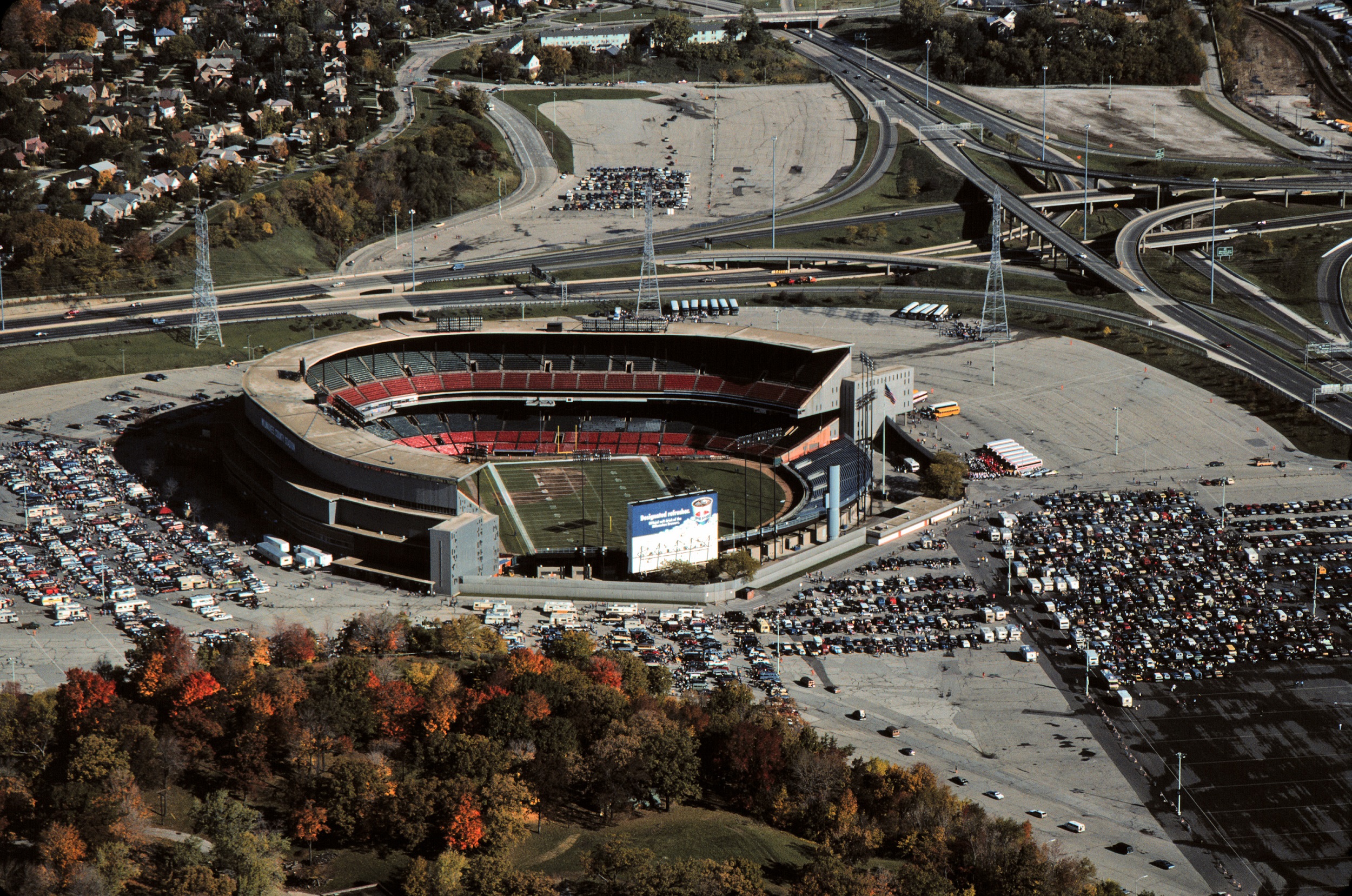 Construction began on Milwaukee County Stadium in 1950 with the hope of bringing professional baseball back to Milwaukee, but the stadium ultimately served as a multi-functional entertainment venue in the city’s industrial Menomonee Valley. Its construction was unique among Major League ballparks in two ways: it was the first one to be erected with lights and the first to be financed wholly with public funding.[1] Home to the Milwaukee Braves (1953-1965) and Milwaukee Brewers (1970-2000), the stadium hosted three World Series (1957, 1958, and 1982) and was the site of Henry Aaron’s final home run in 1976. County Stadium served as an alternate home field for the Green Bay Packers (1953-1994) and hosted major rock concerts, including the Rolling Stones, Pink Floyd, and Paul McCartney.[2] The stadium was demolished between December 2000 and February 21, 2001, as the Brewers transitioned to their new home, Miller Park.