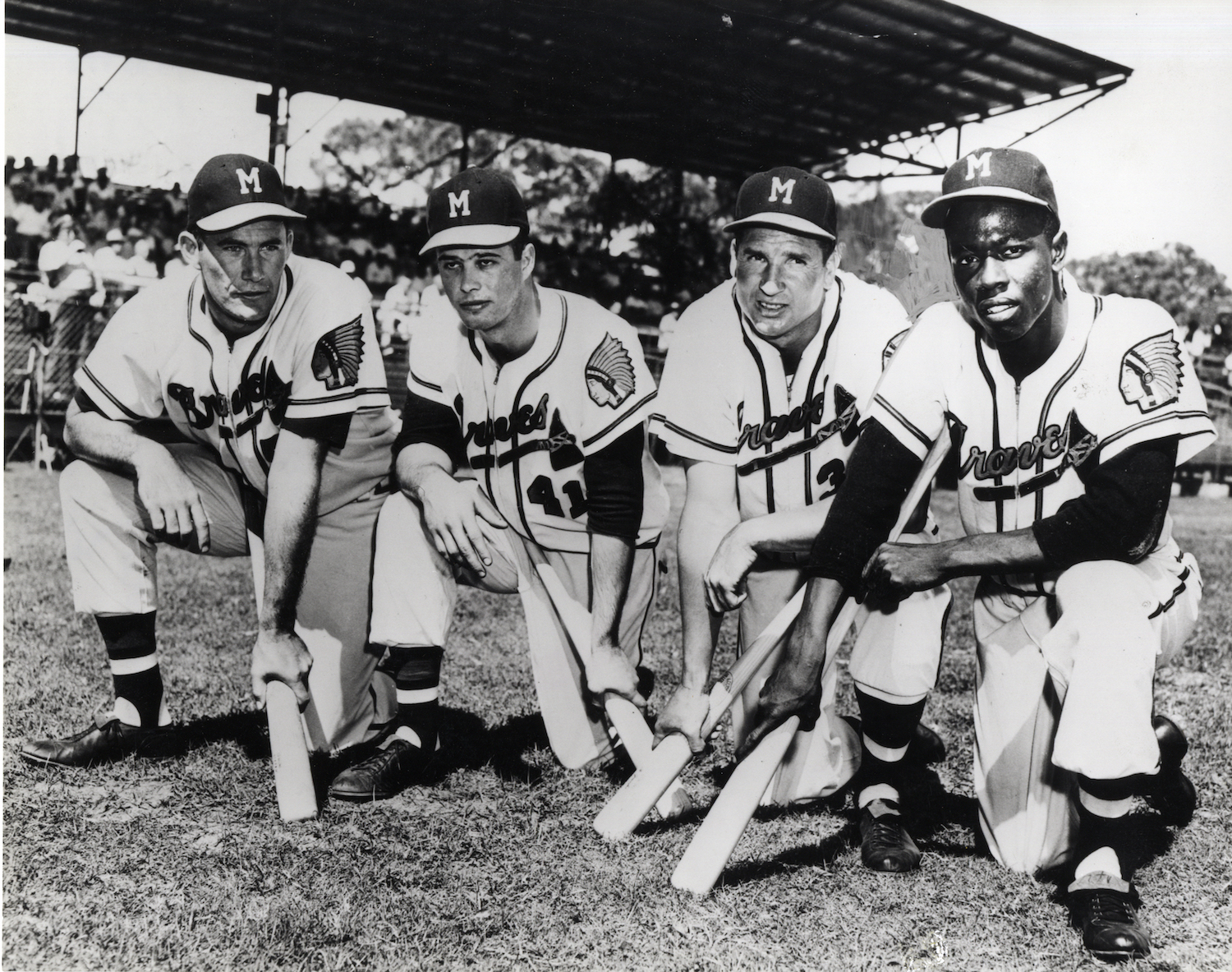 The Milwaukee Braves were unique among professional sports franchises. When owner Lou Perini moved his National League baseball club from Boston to Milwaukee in March 1953, the Braves became the first major league ball club to change cities in half a century. The shift initiated a series of westward migrations by teams and provided the impetus for league expansion.

Perini’s decision to move the Braves to Wisconsin rested on three factors: attendance in Boston, in competition with the Red Sox, was sparse; Fred Miller, president of the brewery that produced Miller High Life, provided Perini moral support and advertising revenue; and newly-built Milwaukee County Stadium, which offered parking for nearly 10,000 cars, was ready to receive a big-league tenant.

County Stadium was the first major league ballpark built with lights (other teams had added lights to pre-existing stadiums) and the first paid for entirely with public funds. The stadium had actually been built for the minor league Milwaukee Brewers. Because Perini also owned the Brewers, he was able to transfer his Milwaukee farm club to Toledo to make way for the Braves.

Milwaukee fans inherited an array of heroes to worship. They had handsome young slugger Eddie Mathews, who led the majors in home runs. They had high-kicking southpaw Warren Spahn, on his way to the Hall of Fame. They had powerful Joe Adcock, feisty Johnny Logan, speedy Billy Bruton, Wisconsin farm boy Andy Pafko—and the next spring they added the legend-in-the-making Henry Aaron.

The Milwaukee Braves quickly became the sensation of baseball. Local merchants showered the ballplayers with gifts, from dry-cleaning service to fermented beverages. Fans packed the grandstand and cheered every move by anyone in a Braves uniform. The Braves led the league almost until July and wound up in second behind the Brooklyn Dodgers.

Despite playing in a ballpark without bleachers in center or right field, and with no advance ticket sales, the Braves established a National League attendance record of 1,826,397. The following year they surpassed that number by more than 300,000.

The Braves reached the pinnacle of their sport in 1957, polishing off Casey Stengel’s New York Yankees to capture the World Series. Lew Burdette hurled three complete-game victories, including two shutouts, to bring the championship to “Bushville,” which Milwaukee legend suggests was the sobriquet applied to the city by the Yankees.[1]

In 1958 the Braves repeated as pennant winners but fell to the Yankees in the World Series, four games to three. The following season Milwaukee tied for first but lost to the L.A. Dodgers in a playoff.

As attendance declined, Perini sold the Braves in November 1962 to a group of investors from Chicago. They tried to move the club to Atlanta after the 1964 season, but the stadium lease held them in Milwaukee through 1965. State Attorney General Bronson La Follette sued to keep the team, but on Opening Day 1966 the once-beloved Braves, who had never experienced a losing season in 13 years in Milwaukee, were playing in Atlanta Stadium.