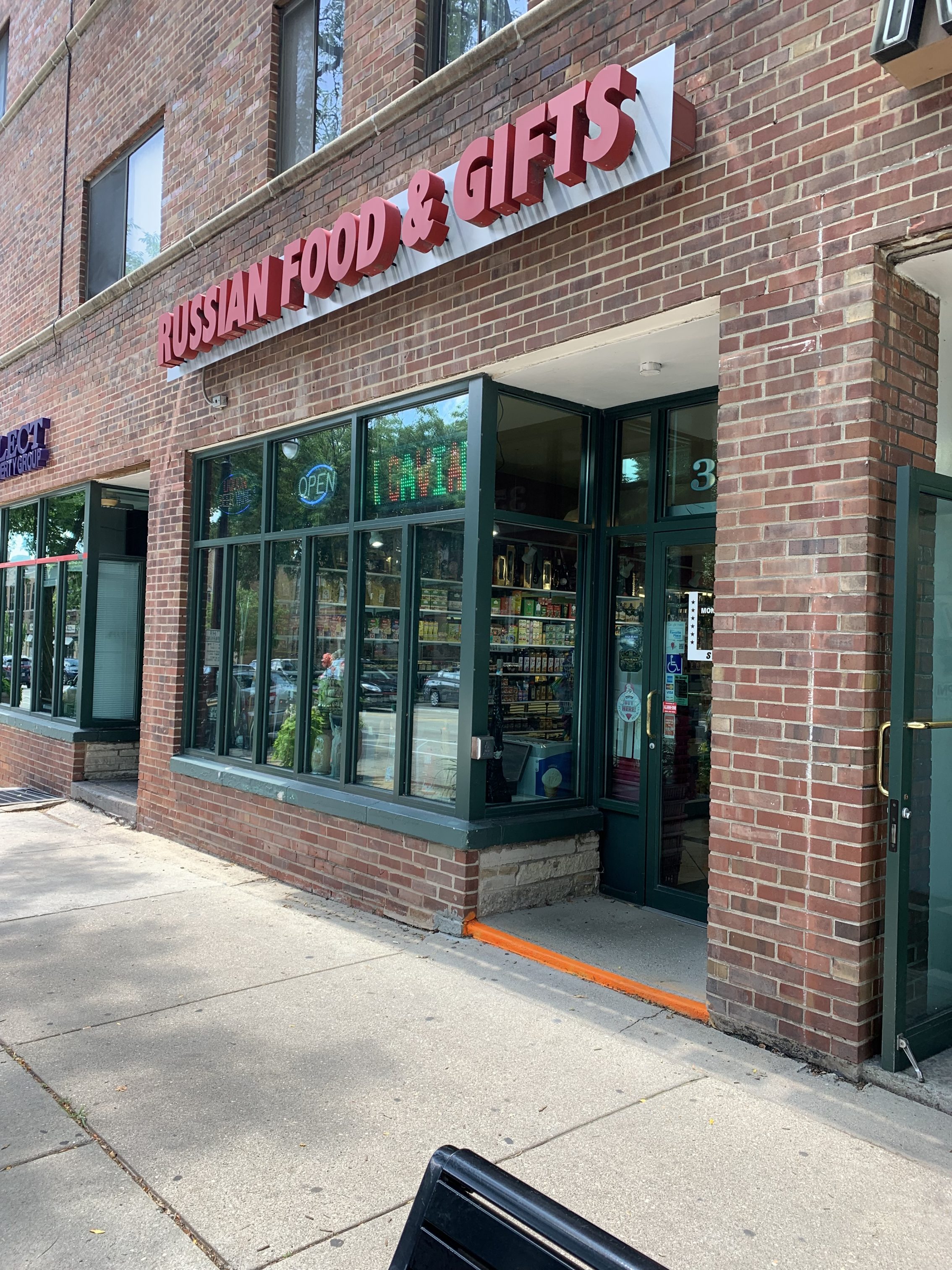 Immigrants from the part of the world that was the Russian Empire until 1917, the Soviet Union until 1989, and the Russian Federation today, arrived in two waves, at two different bookends of the twentieth century. In 1910 some 15,000 people reported that they were born in “Russia” in the Milwaukee metro area. Of those, about half reported Polish as their mother tongue, and identified with Milwaukee’s large Polish population. A third reported Yiddish as their mother tongue, an indicator of Jewish identity. By 1920, almost 14,000 people in the metro area reported their father’s mother tongue was Yiddish. This community assimilated over the course of the twentieth century. Beginning in the 1980s, spurred by a combination of glasnost policies allowing easier emigration from the Soviet Union and the resurgence of Russian nationalist anti-Semitism, the area’s Russian immigrant population again grew, with some 5,000 people claiming a birthplace in Russia in the early 21st century; and 9,000 claiming Russian ancestry, with sustained growth concentrated in the suburb of Shorewood. In both the early and late twentieth century Milwaukee’s Jewish communities tried to ease the transition of Russian Jews to their new surroundings.[1]

Milwaukee’s Russian Jews left their homes due to a long history of discrimination. In 1794, an edict from Catherine the Great confined Russian Jews to the Pale of Settlement, an area of western Russia, where the May Laws of 1882 barred Jews from settling outside of towns and from conducting business on Sundays or religious holidays. Pogroms in the late nineteenth century convinced many Russian Jews that life in the Pale would continue to be repressive.[2]

The Russian Jews who arrived in Milwaukee tended to settle in what would be labeled the inner city by the end of the twentieth century. The neighborhood was populated by a number of eastern European peoples in addition to Russians and was bounded approximately by Third and Thirteenth Streets, along with Juneau and North Avenues. Jewish organizations, such as the Milwaukee Russian Relief Association, struggled with limited resources to welcome the immigrants and place new arrivals in housing or employment. However, by 1910 the eastern European Jewish population quickly established several synagogues in their neighborhood, all of them Orthodox Jewish.[3]

This wave of Russian immigration to Milwaukee was not without import for the city’s history. The Workmen’s Circle, a worker’s support, social, and educational network, opened a branch in Milwaukee in 1907. With the influx of Russian and Eastern European immigrants who had been radicalized by the 1905 portion of the Russian Revolution, three additional branches opened by 1918. Many of these migrants chose Milwaukee because of its socialist mayor, Emil Seidel, in the early twentieth century. In 1906, eight-year-old Goldie Mabowitz (Golda Meir) moved with her parents to the city. Decades later, she would serve as the Israeli ambassador to Russia, and as the Israeli prime minister from 1969 until 1974.[4]

The 1924 Johnson Act stopped the flow of Russians into Milwaukee. In the 1980s a second phase of immigration to the city and its suburbs occurred.[5] Once again, the city’s Jewish communities reached out to the Russian Jews who left the Soviet Union and, later, the Russian state. The Milwaukee Jewish Federation helped Russian-Jewish émigrés move through the Immigration and Naturalization Service to assure the migrants would not be forcibly returned and face continued persecution. Once in Milwaukee, Russian immigrants found both an opportunity to practice Judaism and some generational alienation. Many older Russians found community among other Russians in synagogues or in Russian-owned businesses, especially in Shorewood, where their language was used. The Russian-American population of the Milwaukee area has continued to attend Russian Jewish synagogues, such as Congregation Moshiach Now in Shorewood, which provide Russians with opportunities to interact with one another and build community.[6]

Swichkow, Louis J., and Lloyd P. Gartner. The History of the Jews of Milwaukee. Philadelphia, PA: The Jewish Publication Society of America, 1963.