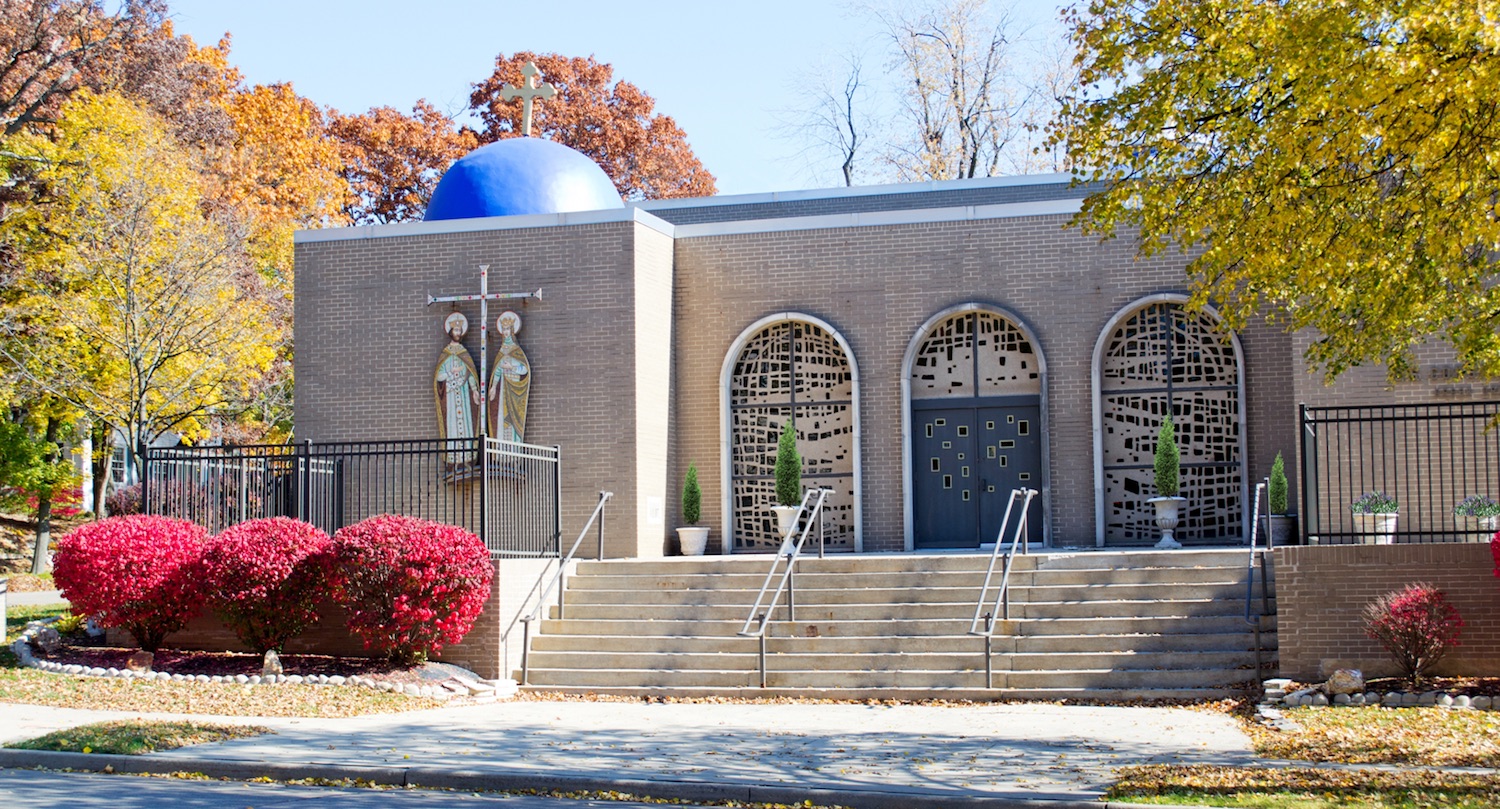 Eastern Orthodox Christians from Eastern and Southern Europe endured centuries of wars in an attempt to gain freedom from powerful, conquering countries. In these regions there was a great deal of political oppression that led to unstable governments. The outcomes of these wars not only changed national boundaries, but changed the nationality of citizens. There was religious intolerance and persecution by the Ottoman Turks and by non-Orthodox Christians.

For young males in the late nineteenth century, their countries offered no future; but America was seen as a place to improve their lives. Milwaukee, Wisconsin was a magnet pulling these young men to leave their families and countries. They learned that many jobs in various fields were to be had in Milwaukee.

Greek young men came to Milwaukee in the late 1890s. They were bachelors who lived in boarding houses, worked long hours, sent money to their parents, attended night school to learn English, and frequented the coffee houses. It was the coffee houses where they argued and debated politics. By 1906, the young bachelors, joined by other Orthodox young men, founded the first Greek Orthodox Church in Milwaukee, Annunciation Greek Orthodox Church. When America entered World War I, many young Greeks joined the armed forces and served honorably.

Over time, serious problems arose in the church. Politics caused friction within the church and the Greek community at large. A king ruled Greece at that point, but there was a large faction in the country that preferred a democracy. The argument was so great that in 1922, the royalist members left the Annunciation and founded Sts Constantine and Helen Greek Orthodox Church. Both parishes grew. Annunciation parish purchased property in Wauwatosa for a new church, designed by Frank Lloyd Wright. In later years, with federal assistance, the parish erected apartments on its property and a new cultural center was added. In 1968, the parish of Sts Constantine and Helen purchased property on Wauwatosa Avenue, just blocks from North Avenue, and built a new church with a large hall and classrooms for religious education.

The young men eventually married, had families, opened retail stores, and some worked in the factories and trades. The church became a social center, but in 1922 a fraternal organization was formed in Atlanta, Georgia: the American Hellenic Educational Progressive Association (AHEPA). The primary aim of the AHEPA was to assist the members to integrate into the American society.

The second and third generations have followed their grandparents and great-grandparents’ desire for an education; yet the church is still a part of their lives. Immigrants took the first step to assimilate into the American culture and their children continue to attend the church of their grandparents. Others have kept their religion, but attend Orthodox Churches where the service is in English. Still others have left the church.

Poverty was not the major reason Serbs came to America. Serbia was part of Austria­-Hungary, and the Serbs were rebelling, wanting self-rule. Many young men were summoned to serve in the Austria-Hungarian army. The young men were concerned that they would be fighting their brothers. For this reason they migrated to America.

The Serb immigrants found Milwaukee where jobs were plentiful. They worked in factories, breweries, construction, and in skilled and unskilled labor. They lived in neighborhoods with other Serbian families. The Serbian immigrants kept their language and culture.

The Serbs purchased a church, converted it to an Eastern Orthodox Church, and held services in 1913. The church soon outgrew the little church, so the parish purchased property on 51st Street and Oklahoma, but decided to build Serb Hall first. By 1956, the parish’s financial circumstances allowed for the construction of St. Sava Serbian Orthodox Cathedral, a parish home for the priest, and a cultural center. In 1997 St. Sava opened a K-8 grade school.

Many Serbian young men served honorably in World War II and later wars. Captain Lance Peter Sijan, for instance, received the United States Medal of Honor posthumously for selflessness and courage in face of danger over Hanoi. He was held as a prisoner in North Vietnam. The Lance P. Sijan Medal of Honor VFW Post was established and is still functioning on St. Sava’s grounds. St. Sava is the first Orthodox Church to have a VFW post on its grounds.

The politics of Serbia eventually came to St. Sava. The Serbian immigrants left their homeland and came to America for the freedom America offered. They wanted to create a church free from political oppression. A group left St. Sava’s and founded St. Nikola Serbian Orthodox Church in Cudahy, Wisconsin. The parishes later reconciled, but both operate separately. They continue preserving cultural heritage through the schools and Sunday school programs.

Ukrainian immigrants began to arrive in Milwaukee by the second decade of the twentieth century. After a few years, the community founded Archangel Michael Orthodox Church on the North Side and SS. Cyril & Methodius Orthodox Church on the South Side. Eventually, the two parishes merged and the services were held in English. A group of Ukrainians wanted services held in their language, so they broke away from SS. Cyril & Methodius and established Saint Mary Protectress, a parish within the Ukrainian Orthodox Church of the United States.

A new migration of Russians arrived in Milwaukee in the 1940s to escape communism. For a time, the communicants attended SS. Cyril & Methodius, but broke away and formed the Holy Trinity Russian Orthodox Church Abroad, where worship services are available in Russian.

A few immigrants from Romania, Bulgaria, Albania, and Georgia arrived in Milwaukee. The populations were scarce and not large enough to support a parish. These Eastern Orthodox Christians became members of either the Annunciation or Sts Constantine and Helen parishes.