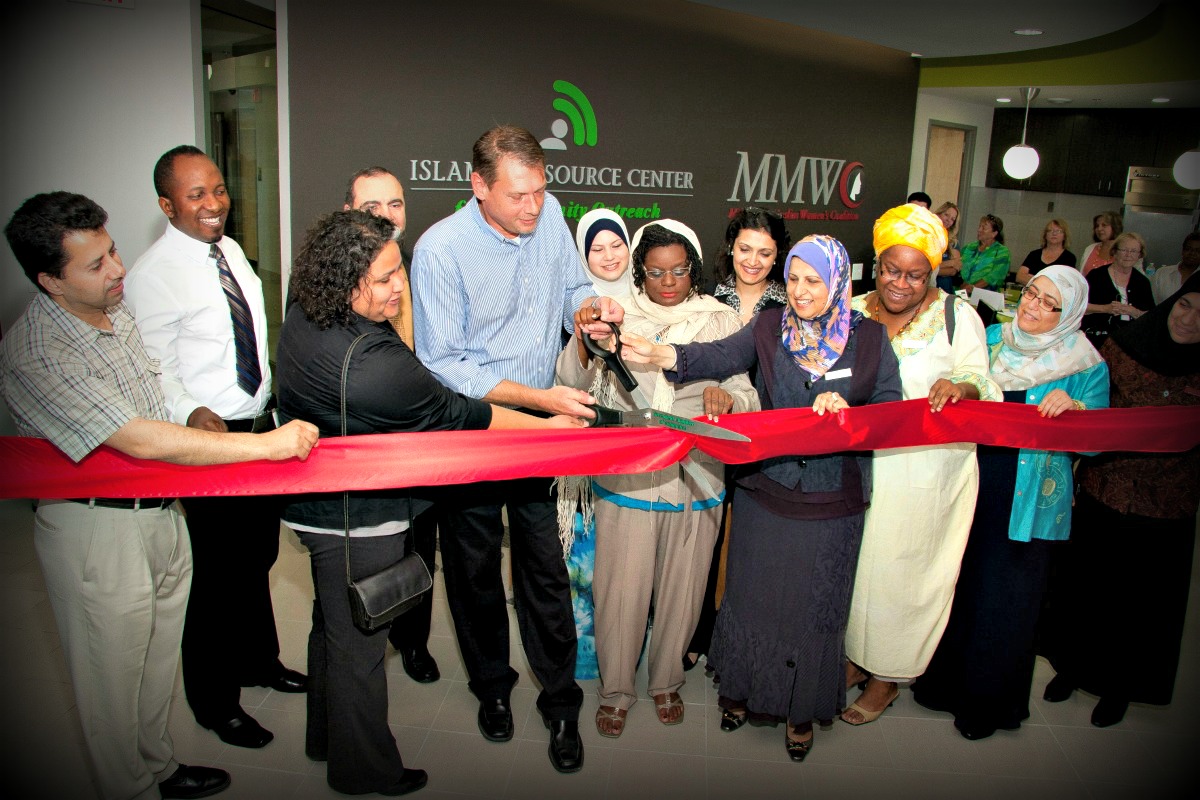 Similar to the national demographics of Muslims in the United States of America, Muslims in Milwaukee are quite diverse ethnically and racially. Although still small in numbers, estimates in the Muslim community range from 10,000-15,000 individuals. Muslims in Milwaukee, despite being a religious minority, have an important presence in the city through active civic leadership and the establishment of many religious and cultural institutions.[1]

The three largest ethnic and racial groups are Arab Muslims, South Asian Muslims, and African-American Muslims. With the exception of a very small number of Arab Muslim peddlers who resided temporarily in Milwaukee in the 1920s, the history of Muslims in Milwaukee dates back to the mid-twentieth century when Arab Muslims arrived in the 1940s, followed by Muslims from India, Kashmir, and Pakistan in the 1950s and 1960s. African-American Muslims were actually the first Muslims in the United States, since many of the slaves brought to the United States were originally Muslims but were forced to convert to Christianity. African-Americans were later re-introduced to Islam through Nation of Islam in the 1960s and 1970s, although most left the movement and adopted mainstream Muslim beliefs when significant leaders such as Warith Deen Muhammed and Malcolm X turned to Sunni Islam. Today, a significant majority of African-American Muslims are Sunni Muslims, both in the United States and in Milwaukee. [2]

Even though a majority of Muslims in Milwaukee are Sunni Muslims, there are also smaller communities of Shia Muslims and Ahmadiyya Muslims. The latter group, which self-identifies as Muslim, is often not recognized and accepted as such by other Muslims. Despite conflicts between Shia and Sunni Muslims in different parts of the world, the Sunni mosques (masjids in Arabic) in Milwaukee welcome Shia Muslims, and many community leaders emphasize that they wish to overcome such religious divides as both groups share the central beliefs in the oneness of God (tawheed) and the five pillars.

In the early 1970s, the Muslim Student Association (MSA) was founded at the University of Wisconsin-Milwaukee. The then-small group of Muslims in Milwaukee—including international students, Palestinians, Egyptians, Iraqis, Indians, and Pakistanis—organized Friday prayer, Eid prayers, and educational services in various informal locations, including personal homes and apartments rented by the MSA as well as on the UW-Milwaukee campus. Some also attended the Friday prayers at the Nation of Islam’s Temple No. 3 (later renamed Masjid Sultan Muhammad and now located on Wright Street in the Harambee neighborhood). As the Muslim population, including its student population, increased during the 1970s, the Muslim community rented a space in the Kenwood United Methodist Church across the street from the UW-Milwaukee Student Union. It held Friday prayer services there until the purchase of the Islamic Center in 1982, which later became the Islamic Society of Milwaukee (ISM).[3]

The Islamic Society of Milwaukee is the largest Islamic organization and mosque in Milwaukee and in Wisconsin, is located on the South Side of Milwaukee, and serves as a critical institution with its many different religious, social, and educational services. In 2015 it expanded through the opening of two new locations: the ISM Brookfield mosque, Masjid al-Noor, which is the first mosque in Waukesha County, serving Muslims in the western suburbs, and the ISM University mosque located in what was a church across the UW-Milwaukee Student Union, serving the student population as well as the general Muslim population on the East Side. ISM also established the Salam School in 1992, a center that today serves students from K-4 through 12. Another Islamic School is the Clara Mohammed School operated by Masjid Sultan Muhammad. The Islamic Da’wa Center (IDC) is an important Islamic institution and mosque located on the North Side of Milwaukee, in an impoverished neighborhood characterized by post-industrialization and racial segregation, serving primarily African-American Muslims as well as Muslims with South-Asian heritage. The IDC has a strong social service mission, heading one of the largest food pantries in the state among many other initiatives. The IDC also collaborates closely with the Muslim social justice organization, Ma`ruf. Another Sunni mosque located on the North Side is Al-Quran, which primarily serves the South-Asian Muslim communities.[4] Also on the North Side is the Ahmadiyya Muslim Community chapter and the mosque, Bait-ul Qadir.

Islamic organizations and mosques are concentrated on Milwaukee’s South Side in particular as well as on the North Side of the city. Since the establishment of the ISM, an increasing number of Arab Muslim immigrants have settled near this mosque, which was a goal and vision of the founders of the ISM. Other influential institutions and organizations on the South Side are the Turkish American Society of Wisconsin (TASWI), the Milwaukee Muslim Women’s Coalition (MMWC), the Islamic Resource Center (IRC) (which hosts the first Islamic lending library in the state), the Muslim Community Health Center (MCHC), and a smaller mosque, Masjid Al-Huda, which also offers classes in Qur’anic studies. The Shia Muslim community also has a mosque, Dar-ul-Hikmah, located on the Southwest Side of the city.

Two surveys conducted in 2011 and 2013 confirm that Muslim demographics in Milwaukee mirror some larger national trends among American Muslims. Muslims in Milwaukee compose a rather young and educated community. It is one of the most ethnically and racially diverse religious populations, speaking multiple languages including Arabic, Urdu, Turkish, Somali, and Punjabi, to mention a few. An important finding, which differs from national estimates, is the high percentage of U.S. born Muslims in Milwaukee: nearly 60% of respondents were born in the United States, [5] compared to a study by Pew Research Center which found that 35% of Muslims in the U.S. were born in the U.S.[6] Survey findings also confirm the increase in everyday experiences of discrimination, especially in the months after September 11, 2001. To challenge Islamophobia, but also racism in general and the social issues that Milwaukee faces, many of the mentioned Islamic institutions in Milwaukee are engaged in interfaith dialogues and community collaborations. 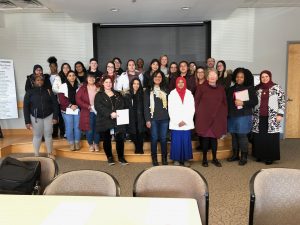 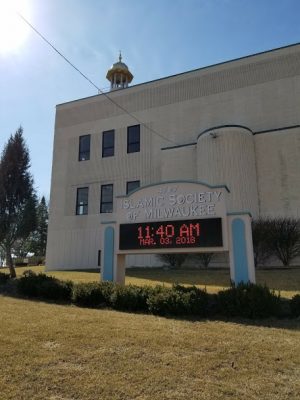