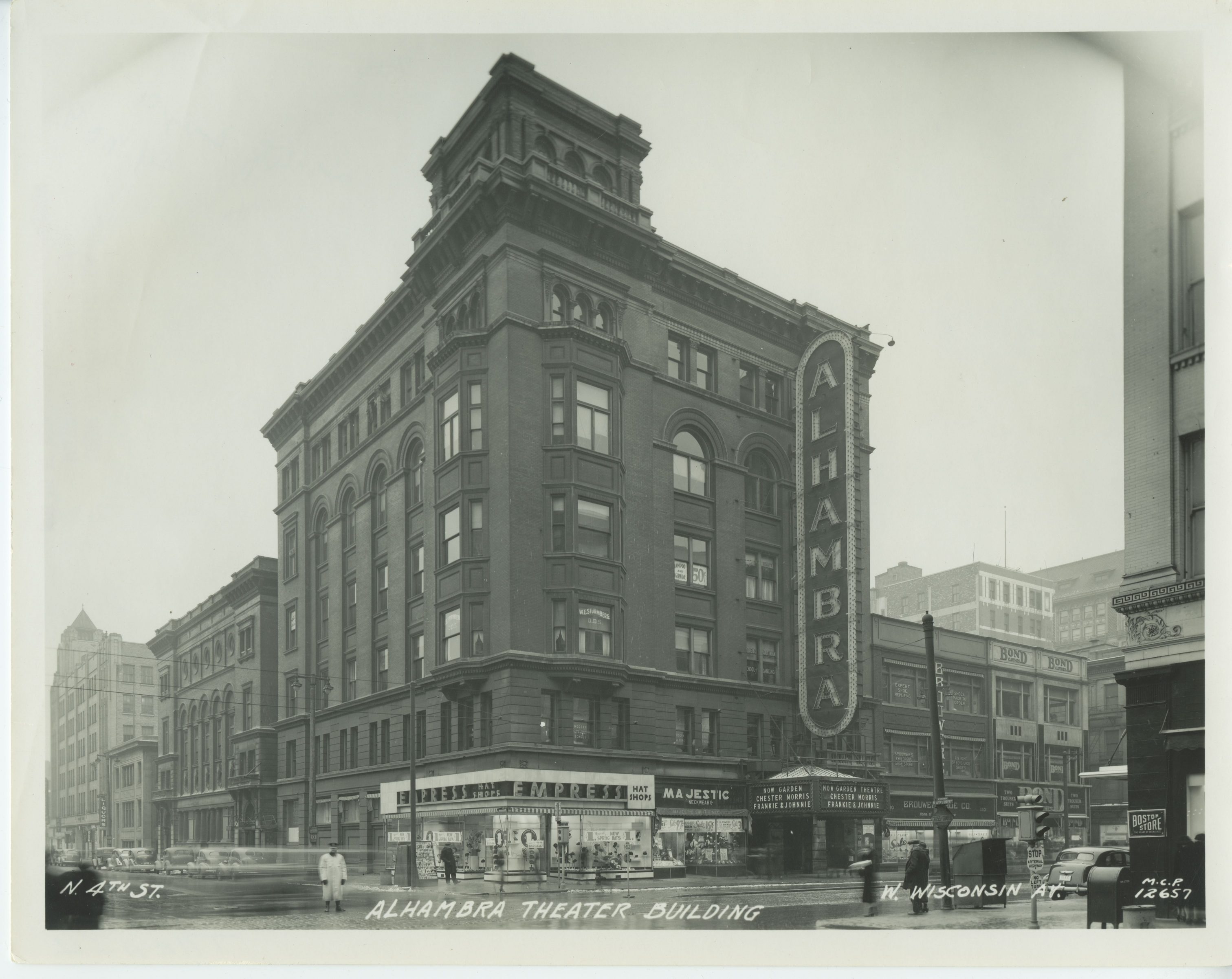 Milwaukee has entertainment venues for everything from theater to live music. Their diversity creates an interesting architectural landscape.[1]

The German brewing industrialists established the first performance spaces in Milwaukee and would eventually help Milwaukee become “an important musical center for the Midwest” during the latter half of the nineteenth century.[2] The Stadt Theater, built in 1868 by Henry Kurz, was a “place of amusement” to meet the demands of the German population.[3] In 1895, the Stadt was destroyed in a fire; the Pabst Theater, originally called the Das Neue Deutsche Stadt-Theater (the New German Theater), was built as a replacement.[4] Adjacent to the Pabst Theater, the Oneida Street electric power generating plant was converted in 1987 to house the Milwaukee Repertory Theater. Both are physically linked to the Milwaukee Center building.[5] Turner Hall Ballroom was originally built for the German fraternal organization in 1882 by Henry H. Koch; it can seat 987 people. After a sixty-five-year hiatus due to fire damage, the restored venue now hosts concerts on the restored original stage.[6] The Schlitz Brewing Company built the Alhambra Theatre in 1896 to highlight the vaudevillian acts that performed in Milwaukee until in 1961, when it was torn down.[7]

The Milwaukee Theatre, originally called the Milwaukee Auditorium, opened in 1909. According to historian John Gurda, it hosted forty-four concerts and dances and eight circuses in its inaugural year. Milwaukee Auditorium also hosted John Philip Sousa, his band, and Marquette University’s band when Sousa debuted the Marquette University march in 1924.[8] A remodel in 2001 attempted to reinvent the aging building and prompted a name change to Milwaukee Theatre, which now has a northern two-tiered seating area. Its grand opening in 2003 featured several local and national artists, including the Milwaukee Symphony Pops.[9]

The Eagles Club officially opened in 1927 to house the Fraternal Order of Eagles. The performance venue in the building, George Devine’s Million Dollar Ballroom, hosted big band music and dances. In 1992, after years of disrepair, the club was purchased by Anthony and Marjorie Balestrieri. In the 1990s, they renamed the venue the Rave. The Rave has hosted two decades of musical acts on the Eagles Ballroom Club Stage and the Eagles Hall or “the Basement.”[10] Emil Blatz, of the Blatz Brewing Company, built the Blatz Temple of Music in Washington Park in 1938 with the explicit purpose of staging outdoor musical theater productions. The “Music under the Stars” program offered concerts for fifty-five years until closing in 1992. For decades, the Blatz Bandshell, as it was locally referred to, was one of Milwaukee’s best music venues.[11]

Milwaukee’s pre-eminent professional theater company, the Milwaukee Repertory Theater, has performed in a number of venues. The first was the Fred Miller Theatre, which opened in 1954 in an East Side performance venue now called the Miramar Theatre (which continued to provide a venue for music and theatrical performances in 2017). Although the Fred Miller Theatre originally hosted Broadway shows with imported actors, it was also the home to the Milwaukee Repertory Theater when, in 1963, it formed a resident acting company. Several years later, the “Rep” moved to the Todd Wehr Theater in the new downtown Performing Arts Center, which originally contained a music hall, a stage for live theater, and a recital hall. After renovations made in the mid-1990s, the Performing Arts Center was renamed the Marcus Center for the Performing Arts. Its three main performance spaces are Uihlein Hall, Vogel Hall, and the Todd Wehr Theater. Uihlein Hall hosts the Milwaukee Ballet, the Florentine Opera, the Milwaukee Symphony Orchestra, and the Marcus Center Broadway series.[12]

Melody Top, Milwaukee’s summer tent theater, opened in 1963. Originally held in a circus-style tent, which was replaced by a wooden dome, Melody Top hosted several “Broadway quality presentations of big scale musical hits.” The first three seasons were backed by a group of Chicago businessmen, and William Luff took over the organization in 1966. Melody Top ceased being a summer venue when backer Luff died in 1987. The organization was unable to sustain financial hardship and faced declining ticket sales. Attempts to restart Melody Top continued until 1991, when a fire destroyed the building.[13]

Milwaukee’s smaller professional theater companies perform in a variety of different spaces. Off the Wall Theatre originally started as a small converted retail space across from the Milwaukee Rep, while the Boulevard Theatre started in a Riverwest coffee shop before moving into a Bay View former bookshop in 1985. The Bayview location closed in 2014.[14] In Tandem Theatre, founded by Chris and Jane Flieller in 1998, was housed in Tenth Street Theatre, located in the basement of a downtown Milwaukee Church, until it closed in 2019.[15] 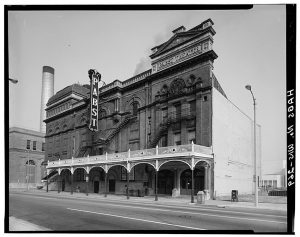 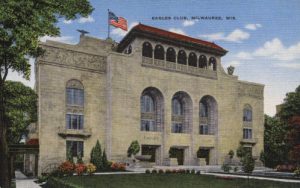 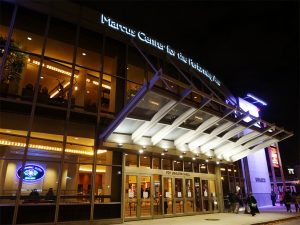