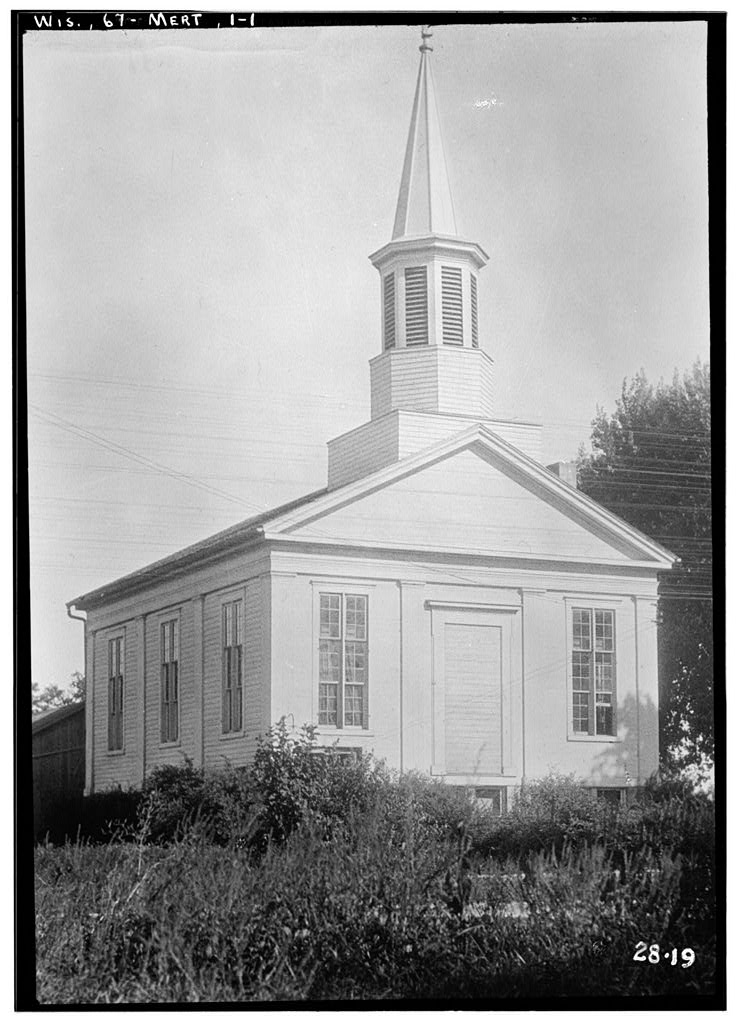 The Village of Merton is located about 25 miles northwest of Milwaukee in Waukesha County, bordering the Towns of Merton and Lisbon. Before European settlers arrived there, Native Americans had an encampment in the area, along with a system of trails—one of which European immigrants traveled on their way through the Wisconsin territory. In 1840, New Yorker William O’Dell settled near the Immigrant Trail[1] on the Bark River, becoming the village’s first white resident. Other Yankee migrants followed, also settling along the river.[2] Residents built up the village’s Main Street, constructing a bridge across the Bark River, a general store, wagon supply shops, and a hotel for the Immigrant Trail’s travelers.[3] In 1922, Merton’s approximately 200 residents incorporated into a village of only half a square mile.[4] Over the next century, the village grew around its Main Street business center. By the twenty-first century, it covered three square miles with a population of 3,346.

Merton remains centered around its old-fashioned Main Street, which retains many original nineteenth century buildings. The village center comprises a handful of small businesses and restaurants, a post office, the fire department, and two churches. The largest business in Merton is Essential Industries, a family-owned detergent and wax manufacturer with about 65 full-time employees. The village aspires to preserve the charm of its original downtown while becoming more competitive with neighboring villages like Sussex and Hartland, which have seen greater economic development.

The Village’s population continues to expand in the twenty-first century, growing from 1,926 in 2000 to 3,346 in 2010. Residents are predominantly upper middle class; most live in owner-occupied single-family houses.[5] Outdoor activities draw visitors to the small village. Recreational amenities include the Kettle Moraine Scenic Railroad, Merton Millpond and an adjoining park on the Bark River, the Bugline Recreational Trail, and the many lakes and parks in the surrounding area.

Schmidt, Ruth. North of the Bark: The Story of Our Farm—The North End of the Village of Merton. [Merton, WI]: R. Schmidt, 1987.