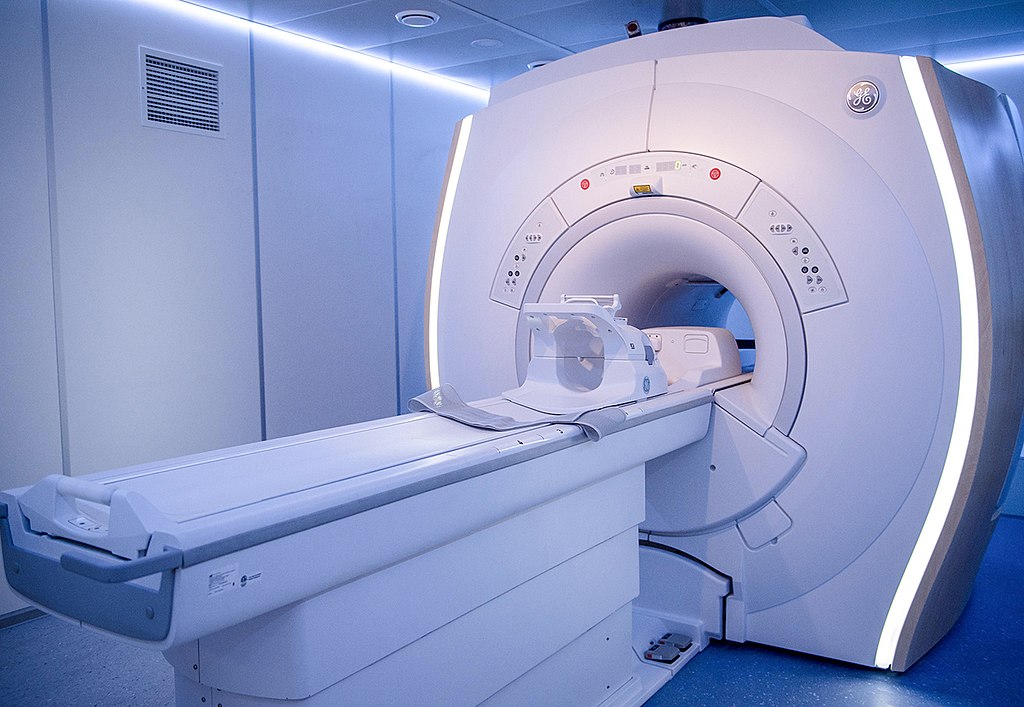 GE Healthcare (GEHC), with major research, manufacturing, and management activities located in the Milwaukee area, is among the world’s most prominent providers of advanced healthcare technologies. Its offerings range from medical imaging (including radiography, fluorography, mammography, computed tomography, magnetic resonance, molecular imaging, and ultrasound), software and IT, patient monitoring, and diagnostic pharmaceuticals to drug discovery, anesthesia delivery, biopharmaceutical manufacturing technologies, and performance improvement solutions. In 2017, the business employed 52,000 persons around the globe, including 6,000 in Wisconsin. Worldwide sales were $18 billion.[1]

GEHC has been a leading member of the Milwaukee manufacturing community since 1947, when GE X-Ray moved from Chicago to a surplus war production plant in West Milwaukee.[2] Today, GEHC has facilities in Waukesha, Wauwatosa, Milwaukee, Oak Creek, and Madison as well as a global training center in Pewaukee.[3] The business traces its roots to 1893 when Victor Electric Co. was founded in Chicago. In 1896, General Electric began producing a line of so-called gas tubes to generate x-rays. In 1920, these two merged to create what became the General Electric X-Ray Corporation, headquartered in Chicago.[4]

Since arriving in Milwaukee, growth in such biomedical technologies as patient monitoring and cardiac pacemakers led the business to change its name to “GE Medical Systems.”[5] Collaborations between GE scientists and engineers with physicians and researchers at various regional medical institutions have contributed to the development of numerous medical innovations and helped make Milwaukee a recognized center of advanced healthcare. In the 1970s, GE became a leader in “computed tomography” with the introduction of “rotate-only, fan beam” technology.[6] It also became a leader in “magnetic resonance imaging” (MRI), a revolutionary technology that measures and displays the magnetic properties of atomic nuclei in the presence of strong magnetic fields.[7]

In 1998, GEHC increased its local footprint by acquiring Marquette Electronics of Milwaukee, thus adding heart-monitoring machines to its product line.[8] In recent years, GEHC has expanded into life sciences, where it provides expertise and tools for basic research of cells and proteins, drug discovery, and large-scale manufacturing of biopharmaceuticals. In 2004, upon the acquisition of Amersham PLC, a British life sciences firm, the business was renamed “GE Healthcare” and its executive offices relocated to England.[9] Headquarters returned to Chicago, the original hometown of GE X-Ray Corporation, in 2016.[10]

GEHC has a long history of community volunteerism, including GE Community Service Day—the largest single-day volunteer event within GE worldwide—when thousands of employees volunteer to help spruce up multiple Milwaukee schools for the upcoming school year. In addition to employee and corporate giving, in 2010 the GE Foundation announced a $20 million, multi-year grant to Milwaukee Public Schools. The money is being used to improve academic achievement, especially in math and science, and added professional development of teachers.[11]

Wisconsin and the greater Milwaukee area continue to be an important location to GEHC, serving as the global headquarters of its imaging and clinical care solutions businesses, supporting a major hub for repair/recycling of devices, and demonstrating advanced manufacturing technologies.