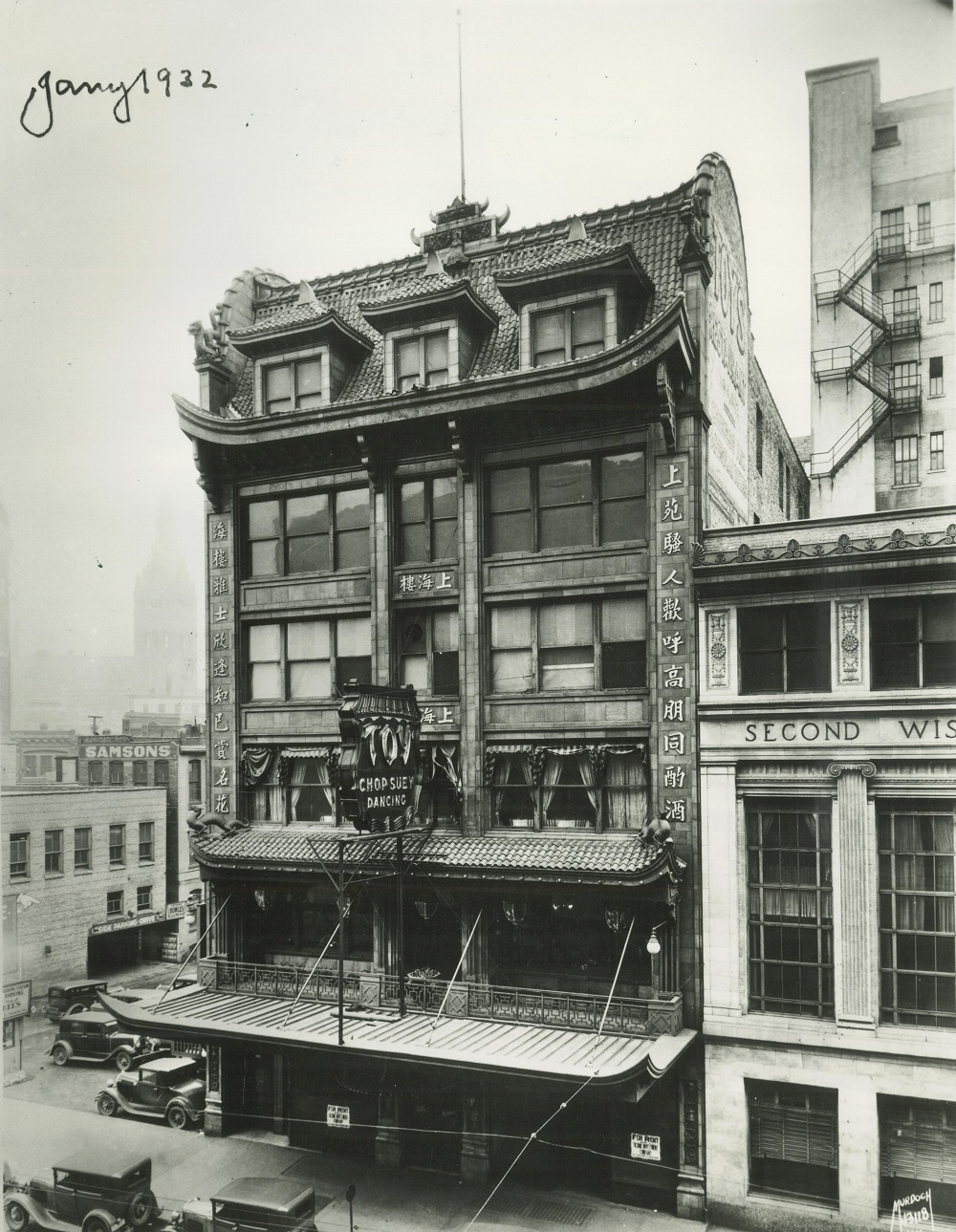 Due to restrictive legislation, Chinese immigration to America remained very small in the late nineteenth century and remained so until the 1940s. Originally from Canton, China, the immigrants that arrived in Milwaukee migrated from the West Coast.[1] The Chinese who came to Milwaukee usually were men who left behind their wives and children to find economic success in America. Once in Milwaukee, the Chinese opened a variety of businesses from laundries to restaurants.

Wing Wau is believed to have been the first Chinese resident of Milwaukee. In mid-1874, Wau opened a laundry near 86 Mason Street. In 1887, the number of Chinese laundries in Milwaukee grew to 30. More than fifteen of the laundries operated in a six-square-block area in Milwaukee between West Water, Fourth, Wells, and Sycamore Streets (presently North Plankinton Avenue, North Fourth Street, West Wells Street, and West Michigan Avenue).[2] The Immanuel Presbyterian Church, located on the lower east side, successfully converted many of these immigrants to Christianity and enrolled them in Sunday school classes.[3] By the turn of the century, Milwaukee, followed by Madison and Oshkosh, had the largest number of an admittedly small group of Chinese immigrants in Wisconsin.[4]

In 1889, anti-Chinese riots occurred in Milwaukee. The riots began after the Milwaukee Sentinel ran a story about Hah Ding and Sam Yip Ya taking in young white girls to work in the sex trade.[5] On March 11, 1889, after protesting at the courthouse, the rioters moved to Chinese laundries, throwing stones at the businesses and threatening to lynch the owners.[6] Although some of the girls testified that they had willfully gone to the laundries, Sam Yip Ya and Hah Ding were found guilty of sexual felony.[7]

In addition to Chinese laundries—Milwaukee had almost 60 in 1930—the Chinese began opening restaurants as well. Approximately fourteen such restaurants opened in Milwaukee by 1930, up from only one in 1900. The most famous restaurant was Charlie Toy’s Shanghai Chinese Restaurant, opened in 1904. In 1913, the Toy Building on 736 North Second Street was a six-story building with an architectural style reminiscent of China that housed Toy’s new restaurant as well as a theater capable of holding 460 guests. Toy became so successful that newspapers took to calling him the “Chinese Rockefeller.”[8] From about 1915 until the 1940s, the Chinese community in Milwaukee, though, was controlled by the Leong tong—a tong was a secret society of sorts. Among its activities, the tong determined where Chinese businesses would operate, oversaw the sale of Chinese businesses, and forced Chinese residents to pay at least $10 per month to support the Chinese during World War II.[9]

With the repeal of the Chinese Exclusion Act in 1943, Chinese immigration to Milwaukee rose. Many new immigrants received assistance from the International Institute of Wisconsin, which later helped Chinese immigrants start a Chinese American Civic Club that promoted Chinese history and culture through lectures and participation in folk fairs.[10] Prior to the passage of the 1943 legislation, males made up the majority of Chinese immigrants, but now their wives and children arrived with different needs. The First Baptist Church’s Sunday school classes, which began in 1934, experienced great growth in the 1940s as Chinese families looked to the church for assistance. Reverend Charles Ho, a native of Shanghai, took over the First Baptist Church in 1966, and he eventually moved it to 120 North Seventy-Third Street and renamed it the Community Baptist Church and Asian-American Community Center. In another change, the introduction of personal washers and dryers and clothing that did not require laundering made Chinese laundries obsolete. Returning servicemen who had grown accustomed to Asian food, though, increased demand for Chinese restaurants in Milwaukee.[11] By the 1970s and 1980s, many Chinese immigrants arrived in Milwaukee in order to obtain graduate degrees at local universities. About 7,500 people report Chinese ancestry in the metropolitan area in the census in the early 21st century.[12]

As the Chinese population in Milwaukee grew in the 1990s and 2000s, a spate of cultural, educational, and community organizations formed. The Chinese Christian Church, which opened on the corner of East Kenwood Boulevard and North Downer Avenue in 1978, serves more Chinese Christians—about 400—than any other Christian church in Milwaukee.[13] In 2006, the Milwaukee Chinese Community Center (MCCC) opened its doors and, working with the Milwaukee Modern Chinese School (MMCS) and other groups, set up Chinese language courses and events to showcase Chinese culture. Beginning in 1994, the MMCS offered immersion language classes at Marquette University on Sundays for more than 200 students, some as young as five years old.[14] Under MCCC’s direction, Milwaukee held its first Chinese Culture Fest in July 2011 at the Milwaukee Art Museum.[15] In 2008, the Milwaukee Chinese Times became Milwaukee’s first Chinese-language newspaper.[16]