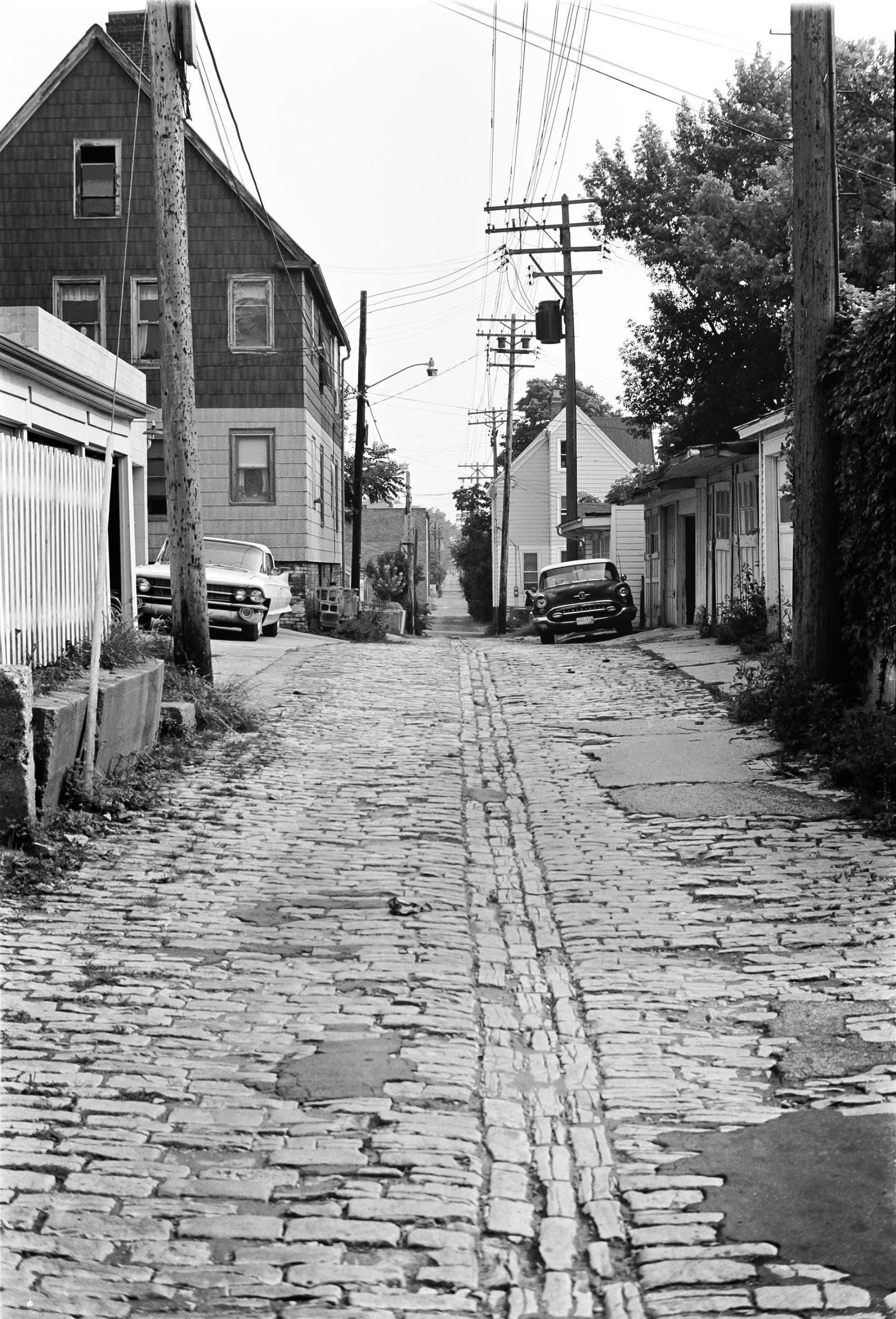 Milwaukee developed a grid pattern of city streets already common in other eastern American cities.[2] Some of these older cities provided access to the backs of buildings by running a narrower passageway, or alley, behind them to accommodate deliveries, stables, and waste storage.[3] Sensibilities of the time called for hiding those less desirable functions from public view.[4]

Early plat maps and fire insurance atlases of the City of Milwaukee indicate that the central commercial district and most residential areas included alleys.[5] While some towns in the Milwaukee area built alleys, the majority of its bedroom suburbs did not.[6]

Most blocks in Milwaukee are twice as long north to south as they are east to west. Milwaukee’s 15 to 20 foot wide alleys often bisected the full east/west width of the block.[7] Another common pattern was a T-bone or H design, allowing rear access to businesses while keeping alley traffic from entering busy streets.

In the early days Milwaukee alleys were often maligned for being filthy, garbage-strewn, and breeding grounds for disease.[8] Alleys cleaned up their act as their surfaces evolved from dirt, to gravel, to brick or cobblestones, and finally, starting in the 1920s, to concrete. Asphalt was used to patch alleys.[9] Today’s concrete alley is expected to last 50 to 60 years.[10] Permeable surfaces that allow rainwater to soak into the ground are being experimented with.

Because residential lots averaged 30 feet in width, it made sense to place horse stables, garbage and storage units, and, eventually, above-ground utility poles and automobile garages behind the houses, all accessible by alleys. Children also used alleys as informal playgrounds because the city had few parks before the 1890s.[11]

On many blocks east of 35th Street it is still not uncommon to see older homes built on alleys, usually behind a front house.[12] Some alleys have three or four such units. While not the norm, this phenomenon was not exclusive to a particular side of town. Occasional businesses were also present in those alleys, such as bakeries and cooper’s shops.[13] Sometimes those occupants petitioned that their alley be re-designated a street. West Elgin Lane is an example of an alley that “became” a street.[14] Then there is the odd case of the alley that had a street name (Northwestern Lane) between Wisconsin Avenue, Michigan, Water, and Broadway, and later lost it.[15]

As early as 1900 some areas of the city were already being platted without alleys.[16] By the 1930s federally subsidized garden cities, like Greendale, were built without alleys. Alleys were considered too expensive for government to build and maintain.[17] By the early 1960s building residential side driveways instead of alleys had become the norm in new subdivisions of Milwaukee and its suburbs.[18] However, there are still roughly 420 miles of alleys that the City of Milwaukee maintains and replaces as needed.[19]

Clay, Grady. Being a Disquisition upon the Origins, Natural Disposition, and Occurrences in the American Scene of Alleys. Louisville: G. Clay & Co., 1978. 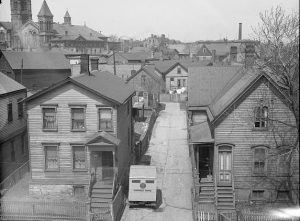 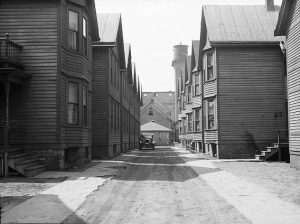