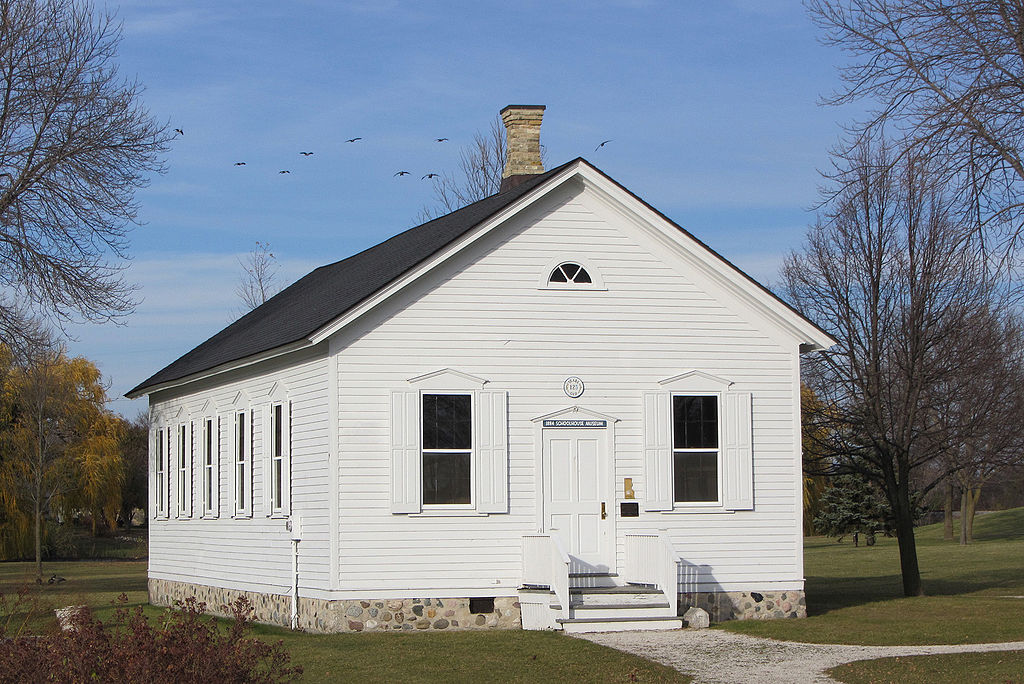 Located in northern Milwaukee County, the suburban village of Brown Deer is bordered on the west and south by the City of Milwaukee. With an area of 4.5 square miles and a 2010 population of 11,999, Brown Deer is sometimes seen as a bridge between the city and the other North Shore suburbs of Shorewood, Bayside, River Hills, Whitefish Bay, Glendale, and Fox Point.[1]

Brown Deer evolved out of the former Town of Granville upon its incorporation in 1955. Yankee-Yorkers had permanently settled in Granville by 1835.[2] German, Irish, English, Scandinavian, and Luxembourger immigrants soon followed.[3] Originally, most residents were farmers. By 1876, a hamlet named Brown Deer arose near the present intersection of Brown Deer Road and Deerwood Drive.[4] Agricultural communities in their early days, Granville and, eventually, Brown Deer became home to increasing numbers of suburban commuters in the post-World War II era.[5] By the year 2000, over 40% of Brown Deer’s residents commuted to Milwaukee for work.[6]

After incorporation, Brown Deer continued to struggle with Milwaukee over remnants of Granville. The Village made five small annexations in 1955.[11] In 1956, Brown Deer and Milwaukee began a court battle over what was left of Granville. This battle resulted in years of unstable borders and a return to the Wisconsin Supreme Court. In 1962, the Court awarded Milwaukee the majority of Granville, while Brown Deer acquired only the portion with the Tripoli Country Club.[12] This string of annexations settled Brown Deer’s borders. The Village’s population has remained in the 11,000 to 13,000 range since 1960.[13]

Despite a stable number of residents, Brown Deer’s demographics have evolved in recent decades. As new residents moved to Brown Deer, principally from Milwaukee, the Village became increasingly racially diverse. Although African Americans made up only 5.7 percent of Brown Deer’s population in 1980, that percentage increased to 28.6 percent by 2010.[14] The Village’s white residents tend to be older than their neighbors of color, and the school district in Brown Deer became “majority minority” in 2008.[15] Brown Deer’s median household income in 2014 was $55,396, which is higher than Milwaukee County, but substantially lower than neighboring River Hills.[16] This modest wealth is reflected in the Village’s housing stock. Three-bedroom houses built in the 1950s form the core of Brown Deer’s homes, though the Village also includes a large number of multi-family buildings.[17]