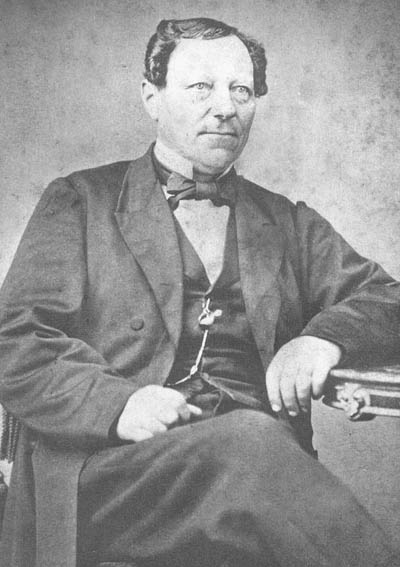 According to the 2009-2013 American Community Survey, some 27,000 people in the Milwaukee metropolitan area identify themselves as of Swedish ancestry. Despite these numbers, the state’s and Milwaukee’s Swedish population, arriving in their largest numbers in the late nineteenth century, never represented a substantial portion of the population either in the city or outstate, and have been referred to by Frederick Hale, historian of the state’s Swedes, as the “transparent Scandinavians” due to their willingness to assimilate upon arrival.[1]

Major Swedish emigration to North America began after 1840, when a 1768 Swedish royal decree forbidding it was revoked. The change in policy combined with the death of the king to help spur movement to North America.[2]

While there had been some Swedish settlers in Wisconsin prior to 1840, one of the first Swedish settlements in Wisconsin, New Uppsala, was founded in the fall of 1841 by about a dozen families from Sweden. New Uppsala, located on Pine Lake in present-day north-central Waukesha County, was led by an Episcopal minister and university graduate, Gustav Unonius. The founding party was of some wealth and was well-educated, as the twelve families contained two noblemen and one baron. However, financial issues soon arose at New Uppsala, and the colony began to disintegrate as the settlers saw difficulties in establishing themselves economically, and associated complaints began to arise that betrayed their status as former bluebloods, such as their inability to find servants.[3]

The late nineteenth and early twentieth century phase of Swedish immigration saw different classes of Swedes enter Wisconsin. The newer Swedes were poor farmers who had left their homes due to economic and social changes. Swedish agricultural policy had begun to push modernization, which transitioned farming from open-field systems to one based on enclosure and individual ownership. Further compounding the financial difficulties were demographic and military pressures, as Sweden experienced a significant population boom in the nineteenth century, which made land even scarcer, and the Swedish crown stiffened laws requiring impressment of males.[4]

The Swedish immigrants who arrived in Milwaukee and Wisconsin therefore tended to be less well off than the early Swedish settlers. They tended to be male, in search of work in rural areas, and willing to integrate into the developing societies in their new regions. Milwaukee’s Swedish-American population, including first-generation descendants, was never large, peaking at slightly more than 2,200 in 1910. These urban Swedes tended to cluster in Walker’s Point near other Scandinavian groups. Industrial work did not appeal to many of the Swedes who arrived in Milwaukee or Chicago at the turn of the century, and for those interested in factory work, Chicago provided more opportunities than Milwaukee.[5]

Swedish immigrants frequently settled in the northern part of Wisconsin, with some taking advantage of the logging boom of the late nineteenth century, but many concentrated in several forms of farm work. Swedes were overrepresented in agricultural work, as by the 1930 census, 40.5 percent of Swedes in Wisconsin were farm workers, compared to thirty percent of all Wisconsinites.[6]

Other factors pulled Swedes toward assimilation or further migration. By the end of the nineteenth century, the Minnesota Board of Immigration stationed agents in Milwaukee and poached Swedish workers and farmers who might have otherwise stayed in the area, which contributed to the sizable Swedish population in eastern Minnesota. Immigrant men married into other communities. Religious identification was not strong, and it appears that by the first generation of American-born Swedish descendants, the population had assimilated linguistically and culturally.[7]