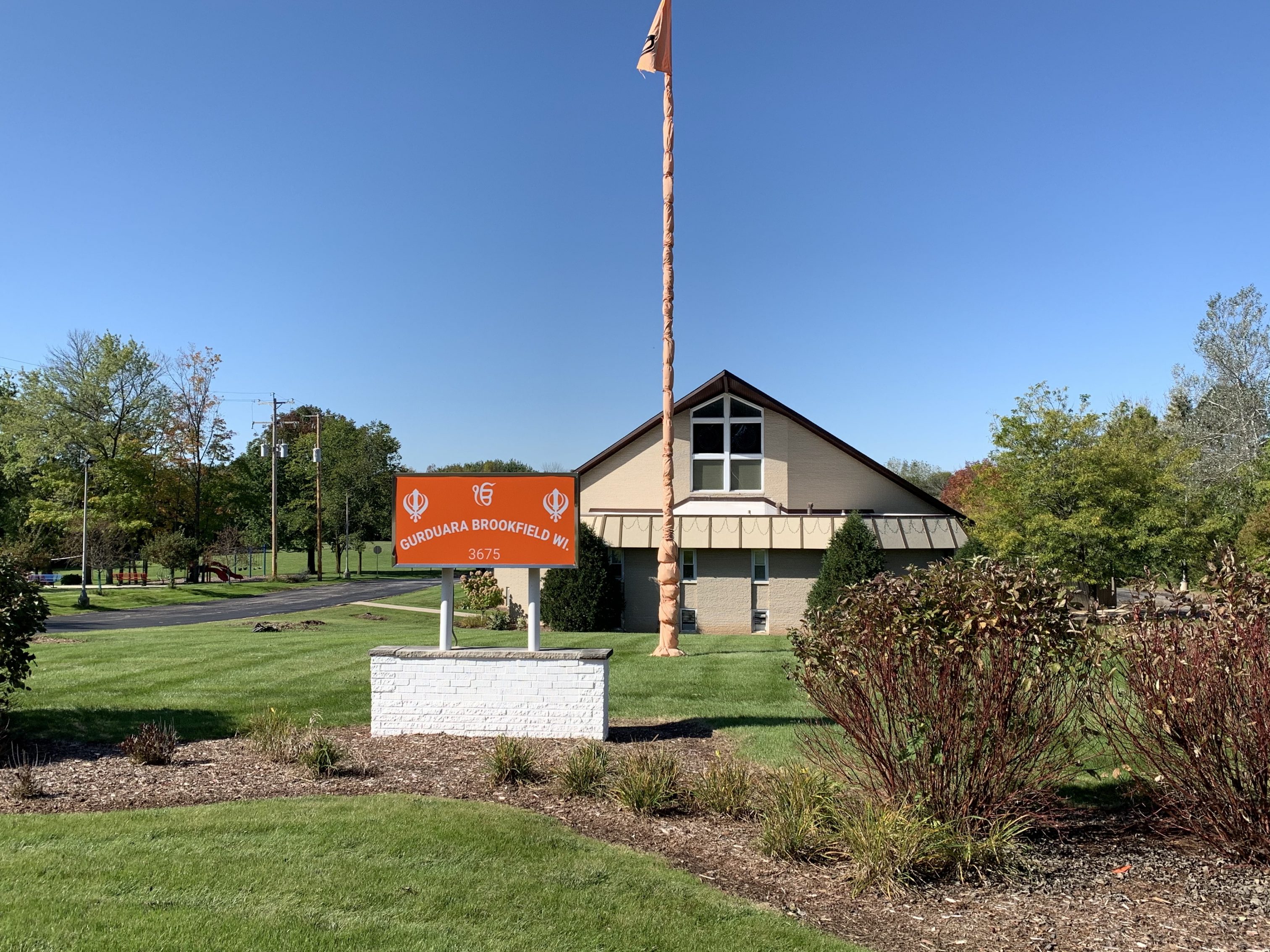 While there is no authoritative count of American Sikhs, the Pew Research Center concluded that in 2012 about 200,000 Sikhs (a conservative estimate), primarily of Indian descent, lived within the United States.[1] As signs of faith and social solidarity, many Sikhs adopt the names “Singh” (lion) for men and “Kaur” (princess) for women.[2] A monotheistic world religion which originated in India’s northwestern Punjab region in the late 1400s and early 1500s, Sikhism is a growing faith in Milwaukee.[3] Greater Milwaukee is home to two Sikh temples, or gurdwaras, located in Brookfield and Oak Creek.[4]

The founders of Milwaukee’s Sikh Religious Society of Wisconsin arrived in the United States following passage of the 1965 Immigration and Nationality Act.[5] Forced to leave their homeland, in part by religious strife and violence in India during the 1980s, the local Sikh community grew from roughly five families in the early 1970s to several hundred members in the late 1990s.[6] In 1997, the Sikh Religious Society, which had previously been headquartered on W. Fond du Lac Avenue, dedicated a new gurdwara in Brookfield.[7] In the same year, the Sikh Temple of Wisconsin, which had been meeting in Humboldt Park since 1992, began holding services in rented space on Milwaukee’s South Side.[8] The congregation moved into a former credit union on E. Lincoln Avenue in 1999 before completion of its Oak Creek temple in 2007.[9]

With growing numbers, the community became economically and professionally diverse. While many early community members, including founders of the Sikh Religious Society, were university professors and medical professionals, entrepreneurs and small business owners became prominent members of the Sikh community in the 1980s and 1990s.[10] Sikhs owed and operated many Milwaukee gas stations and grocery stores.[11] By the early twenty-first century, Darshan Singh Dhaliwal’s Mequon-based Bulk Petroleum had amassed a nationwide gas station empire of over 800 stations.[12] Before financial difficulties beset him, Dhaliwal had donated substantial sums to the University of Wisconsin-Milwaukee for the expansion of Punjabi studies programs.[13] With then-governor Tommy Thompson, Dhaliwal unsuccessfully advocated for the creation of a University of Wisconsin campus in Punjab in the late 1990s.[14]

In the wake of the September 11, 2001 terrorist attacks, American and Milwaukee Sikhs, accustomed to periodic hostility, now faced an elevated threat of violence. Many Sikhs, especially men wearing traditional turbans and beards, were mistakenly identified as Muslim and targeted by retributive assaults.[15] This violence went a step further on Sunday, August 5, 2012 when Wade Michael Page, a man with ties to white supremacist groups, opened fire in the Oak Creek gurdwara, killing six community members, including the temple president, and wounding four others. The attack brought local, national, and international attention to the Sikh community.[16] At vigils and memorials in Oak Creek and Milwaukee as well as at the Brookfield gurdwara, local residents and governmental leaders joined in solidarity.[17] A month after the attack, Harpreet Singh Saini, whose mother died in the attack, spoke before the U.S. Senate Committee on the Judiciary, successfully requesting that the FBI statistically track hate crimes committed against Sikhs.[18]