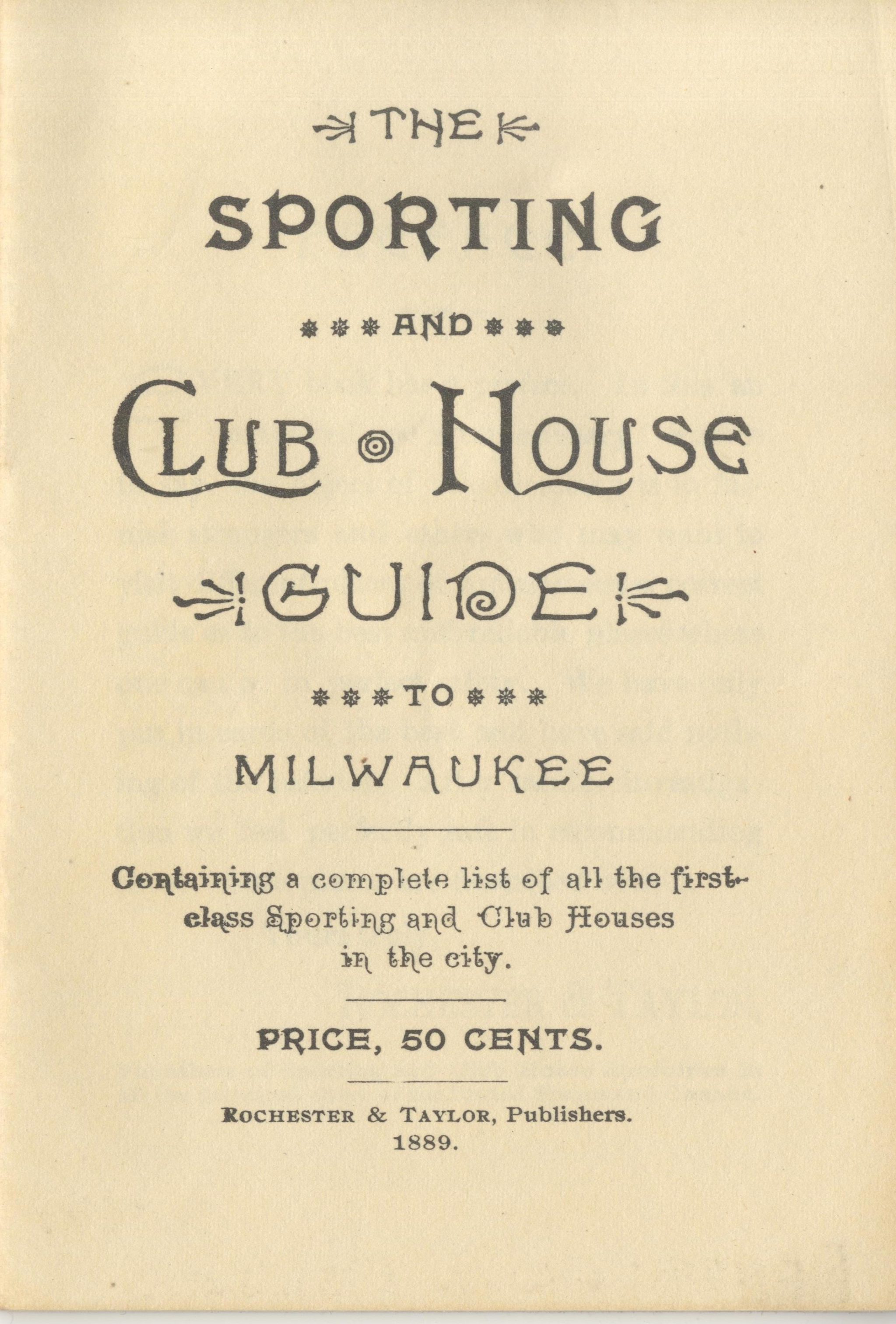 Sex is such a basic human activity that, like eating or sleeping or working, it is difficult to initially see what a general historical treatment of the subject might be, much less what a particular Milwaukee perspective might be. Relatedly, any analysis of sexual activity also quickly becomes enmeshed with a discussion of how other institutions, like the law, religion, the family, or the state, have organized, spoken about, advised on, or described human sexual activity.[1]

For millennia, great thinkers and ordinary people alike have pondered the question, “What is sex for?,” and have come up with a variety of answers. Sex is for reproduction; sex is for love and intimacy. Sex is for pleasure. Sex is for communing with the gods, spiritual transcendence, or sacred sex. Sex is for exerting power over someone else.[2] For our purposes, understanding sex in Milwaukee first involves parsing those viewpoints and locating the meanings of sexual experience over time.

For the Christian European settlers that founded the American colonies and the Midwest, the basic answer to the “what is sex for?” question was that sex was for reproduction, and reproduction took place within a legitimate marriage. Love, intimacy, and pleasure might follow as well, but the proper place for sexual activity was the heterosexual marital bed.

Marriage is a remarkably fluid institution as well, with different rules and meanings over time and in different cultures. Before the twenty-first century legal recognition of gay marriages, a marriage was the formal union of the bride and groom, but it also generally encompassed the transfer of lineage and property, and even diplomatic relationships between the two families or communities involved. The rules of courtship before marriage steered the young to their marital and sexual futures, and were supervised by the older generation for the good order of society.

Until quite recently in historical time, Western Christendom was unabashedly a patriarchal society. Men headed households and were responsible for both the support and the discipline of their dependent wives, children, and other household residents. Rules of proper sexual behavior were governed by the double standard, namely that violations of sexual mores were more problematic for women than for men.

Nevertheless, the local context of Milwaukee migration, settlement and growth often made it difficult for Milwaukeeans to adhere properly to these rules and understandings about sexuality, even if they had wished to do so.

In the era of exploration and colonization, male French voyageurs who traveled the Western Great Lakes for the fur trade left their family and community hundreds of miles behind and found wives among the American communities they traded with. Notably, Milwaukee founder, Solomon Juneau married Josette Vieau, Métis daughter of the trader Jacques Vieau in the early nineteenth century. She may have had as many as seventeen pregnancies. At mid-century and later, sailors on the Great Lakes stopped at the port of Milwaukee, looking for a good time on shore; the harbor area was known for its nightlife and brothels. In the late nineteenth century, by the time people in the Milwaukee area reached their forties, some 85-90% were married. But almost half of men in their late twenties were still single, that is, without a marital sexual partner.[3]

What we know about the history of sexuality in Milwaukee in the nineteenth and first half of the twentieth century comes from records of charitable, government, and law enforcement actions to regulate and patrol non-marital sex, provide institutions to protect wayward boys and girls, and create an environment where marital sexuality could flourish.

Governmental and charitable approaches to issues of regulating sex varied. Very soon after Milwaukee was founded in the 1850s, the Common Council debated what to do about “houses of ill fame,” brothels, which had established a foothold on River Street. At various points the city raided the houses and arrested the women and their patrons, tried to control the district through regulation, and finally under the incoming Socialists in 1910 tried, unsuccessfully, to shut down the houses. Other reformers tried to control sexually transmitted diseases. Women reformers tackled the issues of the vulnerability of the young to sexual temptation, and set up institutions to monitor, house, and reform boys and girls neglected or abandoned by their parents. Mary Blanchard Lynde, for example, spearheaded the establishment of the Industrial School for Girls in Milwaukee in the 1870s. She suggested that in this institution, children could be reared “under more healthful and elevating influences” than the poorhouse, where such children were vulnerable to sexual abuse.[4]

City efforts in sexual regulation continued into the twentieth century and extended to regulating the content of movies, concern over adult bookstores, and the establishment of strip clubs downtown.[5] But counter trends also emerged. The women’s rights movement challenged the patriarchal underpinnings of sexual mores, the double standard for men’s and women’s behavior, and called for women to have “control” over their sexuality and decisions to give birth. By the 1960s a reliable method of female contraception existed, “the Pill,” and women could claim to be able to separate their sexual activity from their reproductive activity. A broader “sexual revolution” upended the ideology of heterosexual marital sexuality as the legitimate and normative site for sex. Its champions included Hugh Hefner’s Playboy and calls for “free love” in the 1960s counterculture. The LGBT movement claimed equal rights for same-sex activity. Attacks on prudery in the public understanding of sex signaled the new era. Five of George Carlin’s “Seven Words You Can Never Say on Television,” which got him arrested for disorderly conduct at Summerfest in Milwaukee in 1972, were words about sex.[6]

The upending of the standard of heterosexual marital sex has not produced a replacement consensus. Milwaukeeans, and Americans overall, are still engaged in a complicated and contentious debate about sex. Since the 1970s, the conversations and destabilization of notions of what sex is and should be have produced new legal and moral standards about long hidden sexual behavior. feminist legal scholars defined “sexual harassment” in the 1970s as a form of sex discrimination.[7] As the recent “MeToo” movement has shown, patterns of sexual abuse in many employment venues are still rampant. Religious and educational institutions have been rocked by scandals of priests and teachers taking sexual advantage of youths under their tutelage.[8] And marriage, in either a heterosexual or same-sex union, is becoming less the norm for people in their prime reproductive years. In the 2010s, 46 percent of women and 50 percent of men, aged 21 to 49, report that they have never been married.[9] 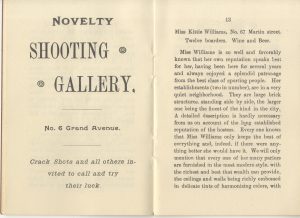