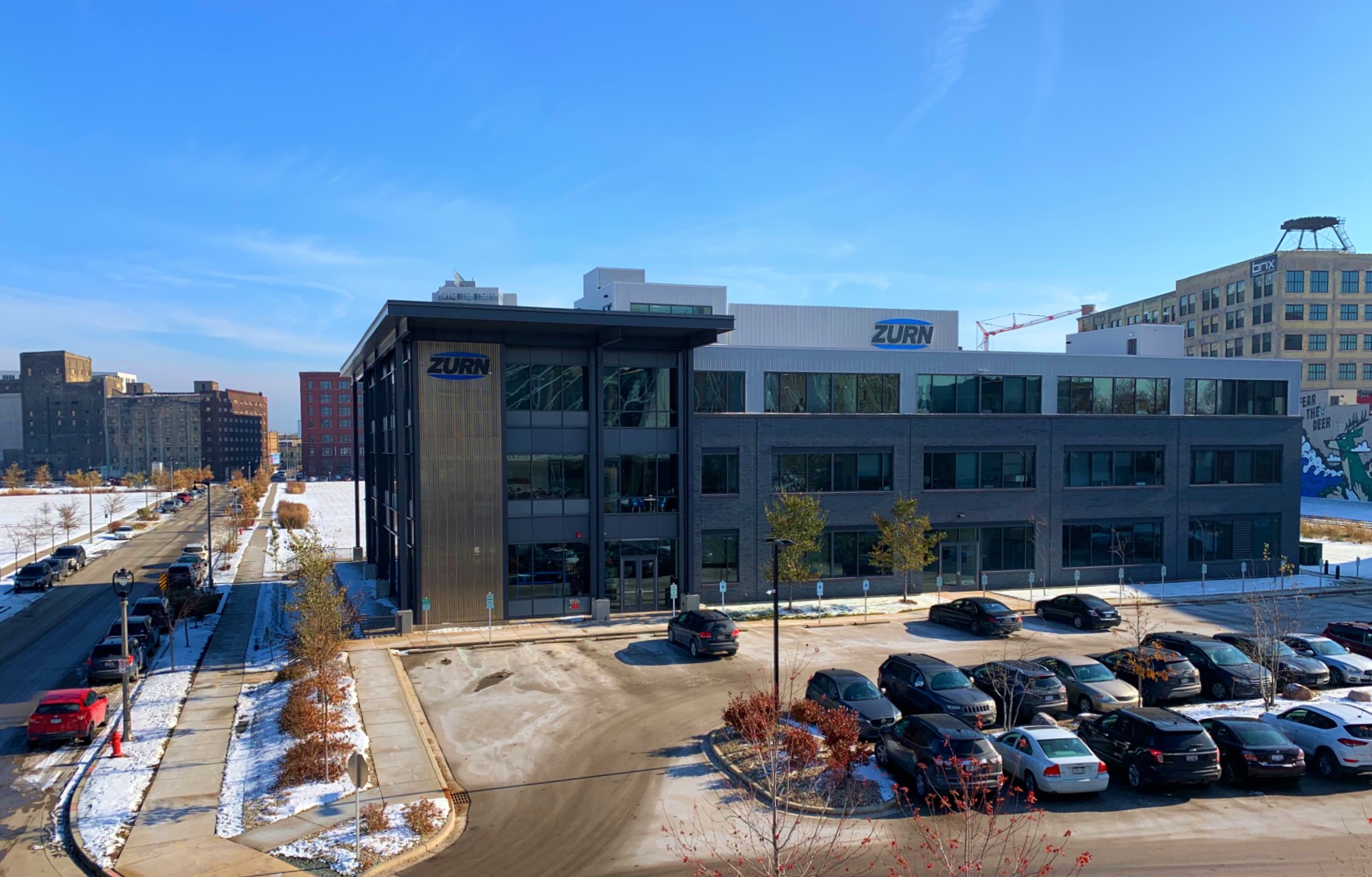 The Rexnord Corporation came about due to a merger in 1970 and over time has become a major supplier of power transmission machinery and water management systems.[1] During the last four decades this company has undergone numerous ownership changes but has maintained its profitability by actively diversifying its product lines and cultivating a strong international presence. Its Milwaukee roots, however, can be traced back over a century.

Rexnord was established when two of the area’s major manufacturers—Rex Chainbelt and Nordberg—merged in 1970.[2] Both companies had long served the heavy manufacturing industry. In an attempt to diversify production and stave off the potential risks of serving only one sector of the economy, Rexnord officials spent the rest of the decade investing in a wide range of other technologies.[3] Such foresight helped the company to remain profitable through the recession that began in 1981, a downturn that had a heavy impact on Milwaukee corporations.

In order to maintain that profitability, Rexnord officials spent much of the 1980s divesting a number of the company’s newer divisions, such as its Gas Detection Products Division and Railway Maintenance Equipment Company.[4] In spite of its best efforts to remain an independently-owned company, however, Rexnord was bought out by Banner Industries in 1987 and has since changed hands numerous times.[5] It has been owned by the Carlyle Group and Apollo Management LP, among others.[6]

Once the economy recovered, Rexnord began a cautious expansion plan which has continued to the present day. The corporation initially sought out companies that complemented existing lines—a strategy by which it acquired another well-established Milwaukee firm, Falk Corporation, in 2005.[7] It has also acquired overseas firms which have provided a gateway into new and developing markets.[8] Rexnord maintains its Milwaukee presence, with manufacturing facilities located in West Milwaukee and its water division headquarters situated in the Milwaukee Global Water Center.[9]