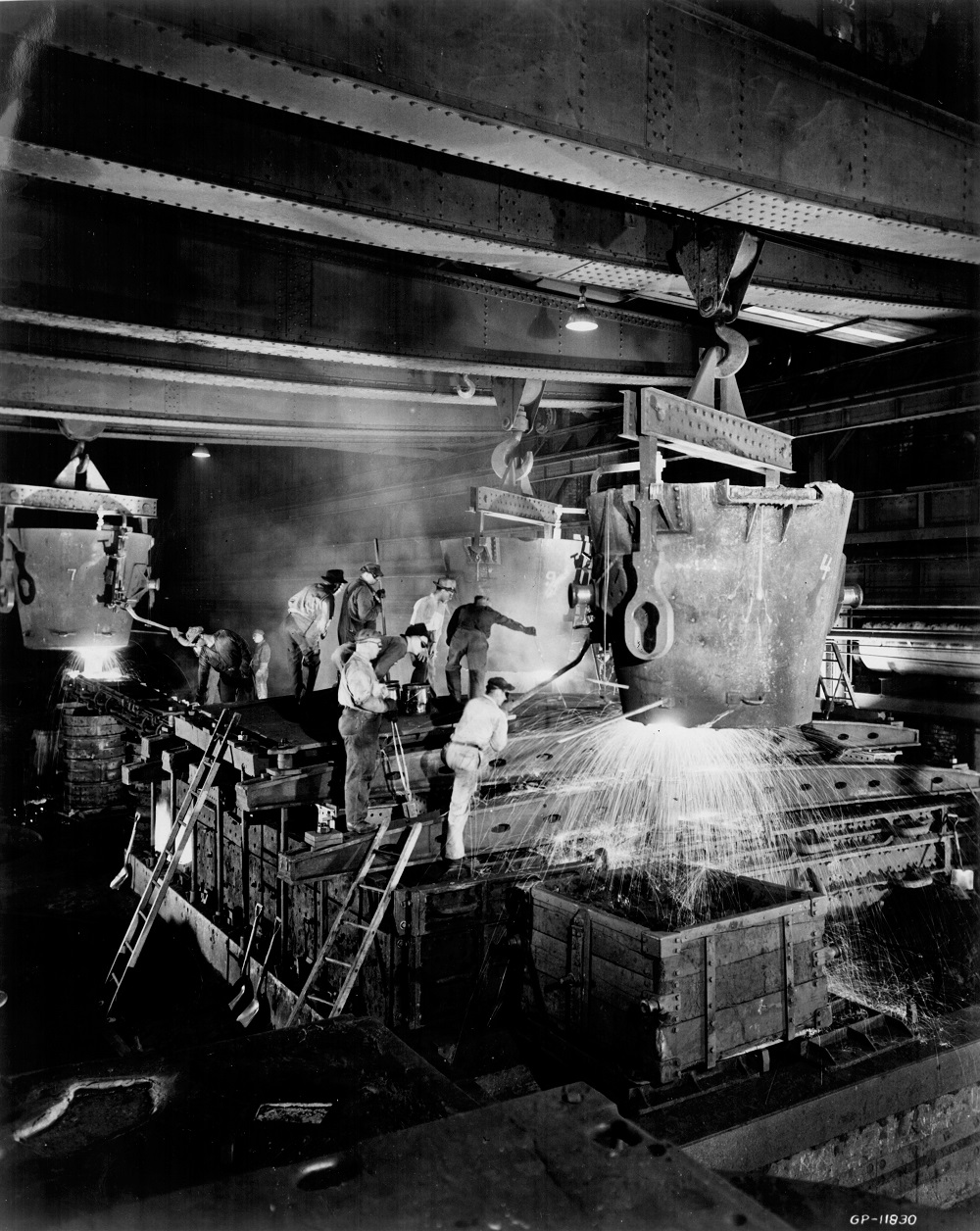 Situated in the heart of the Menomonee Valley, the Falk Corporation has been a fixture of Milwaukee’s industrial landscape for over 120 years. Family-owned until the late 1960s, the company developed a reputation as both “a good name in industry” and a good place to work.[1] Focusing on the production of gears, Falk helped modernize industrial manufacturing, serving a wide array of industries, and thus allowing the company to weather most economic downturns.

Herman Falk, son of the famous Milwaukee brewers Franz Falk, first started his machine shop in 1893, eventually renting out one of his father’s old brewery buildings from its new owner, Captain Frederick Pabst.[2] For a short time, Herman and his partner Frank Buff produced couplings for wagons. In the early years, Falk also produced stage equipment for the Pabst Theater and shod horses.[3] Soon thereafter, Falk developed a process known as “cast welding,” which he applied to electric rail transport. This new technology helped reinforce joint connections between rails, which wore down quickly as a result of heavy traffic.[4] Constantly searching for new inspiration, the founder experimented with other innovations, including kerosene engines and the use of oxidation to cut through steel.[5]

Falk settled into its own, however, when it began focusing on gear manufacturing in the early 1900s.[6] As more and more companies introduced electric motors to their production processes, the belting systems used in older equipment were increasingly unsafe. Gears posed much less risk, and thus became an essential component for driving the new machinery being employed in a wide range of industries.[7] Falk found its niche creating gears of all sizes—everything from conveyor belts and elevators to the gates of the Panama Canal, naval propellers of World War II battleships, and even moon rocket transporters and nuclear reactor cases.[8]

From the very beginning, Falk was a family affair. It remained that way until the late 1960s, when the family lost its controlling interest, and the firm was sold to Sundstrand. This family-oriented approach trickled down to the company’s workers as well. Although the Falks were never receptive to unionization, they were well-known for offering extensive benefits to their employees—including recreational opportunities, health care, job training, financial aid, home mortgage loans, and college scholarships for employees’ children.[9] Such programs fostered great loyalty and remained common practice until the economic recession of the 1980s.[10]

Increased competition from European gear makers in the 1980s proved troublesome for Falk, leading to significant layoffs and cutbacks in the benefit programs.[11] The company, however, remained viable and worked to improve its efficiency throughout the 1990s.[12] Another local industrial powerhouse—Rexnord Corporation—purchased Falk in 2005.[13] Nonetheless, the name “Falk” remains a major presence in the Menomonee Valley, upholding its reputation as “America’s leading producer of industrial gear drives.”[14]

Gurda, John. The Making of “A Good Name in Industry.” Milwaukee: The Falk Corporation, 1991.