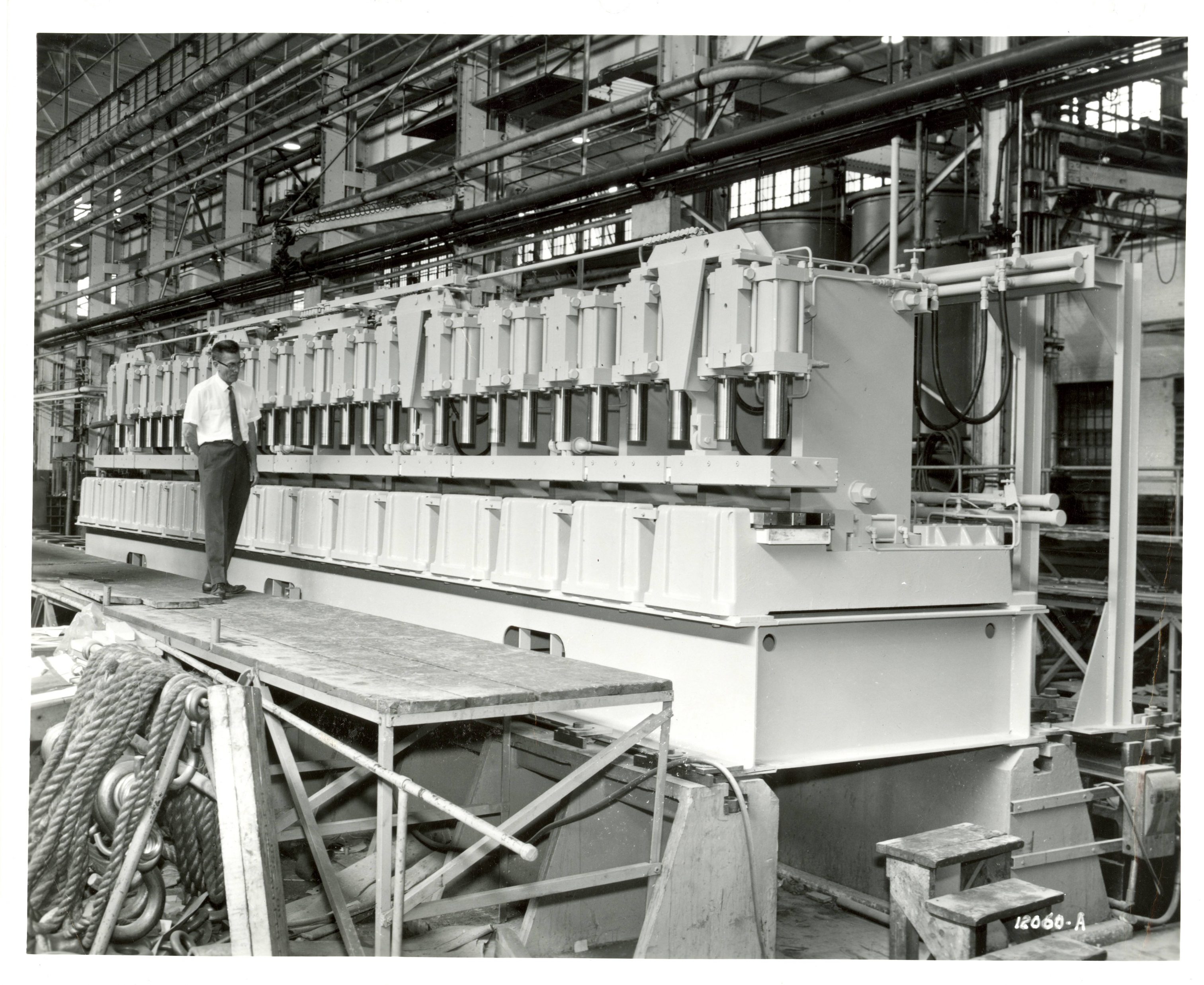 Bruno Nordberg was educated as an engineer at the Finnish University of Helsinki before immigrating to the United States in 1880.[1] After arriving in Milwaukee, he worked for the E.P. Allis & Co. for almost ten years. It was after designing a new steam-engine governor that Bruno Nordberg left to create his own manufacturing firm.[2] Nordberg received his initial financial backing from many of the Milwaukee’s most prominent personages in industry and commerce. [3] Early backers of Nordberg included Alonzo Straw, Frederick L. Horneffer, Jacob E. Friend, Frederick Pabst, Emil Schandein, and F. A. Wilde.

Nordberg soon expanded into the production of diesel engines after securing a license to use Rudolf Diesel’s patents in the United States.[4] It was after this that the company began to specialize in the marine applications for these new engines.[5] By 1916, Nordberg’s manufacturing had diversified, producing steam engines, diesel engines, air compressors, pumps, hoists, and stamps.[6] This diversification continued into the next decade, with Nordberg advertising in 1922 its ability to design and build specialty machinery to order.[7]

Through the 1920s, Nordberg continued its rapid expansion, especially as a producer of mining equipment. In 1925, the Milwaukee Journal hailed Nordberg as being the largest manufacturer of mine hoists in the world.[8] By 1930, the Nordberg Manufacturing Company was valued at $1,837,000, making it Milwaukee’s fourteenth most valuable manufacturing establishment.[9] Despite the difficult economic conditions of the 1930s, Nordberg’s growth continued as demand for mining equipment held through the decade.[10]

During the Second World War, the Nordberg Manufacturing Company suspended its traditional manufacturing and began producing torpedo tubes for the war effort, underscoring the company’s adaptability.[11] After the war, Nordberg returned to its normal peacetime production and even expanded into new markets. By the early 1950s, Nordberg employed 2,460 workers and produced diesel engines and rock and ore crushers, as well as railway equipment.[12]

In 1970, the company was purchased by and merged with Rex Chainbelt, another Milwaukee-based manufacturing firm, to create the Rexnord Corporation.[13] Since then Rexnord has moved most of its manufacturing away from Milwaukee while expanding its global footprint through the purchase of foreign manufacturers. As a result, the company now employs more than 8,000 people and has facilities on six continents. In addition to its traditional production lines, Rexnord has expanded into new industries such as aerospace, plumbing, energy, and agriculture.[14] Despite the reduction in Milwaukee-based manufacturing, Rexnord reaffirmed its local roots when its headquarters were moved to the Water Center building near the city’s downtown area in 2014.[15] 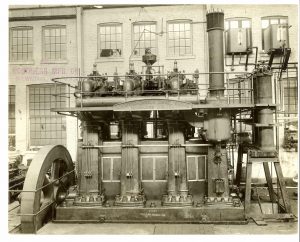