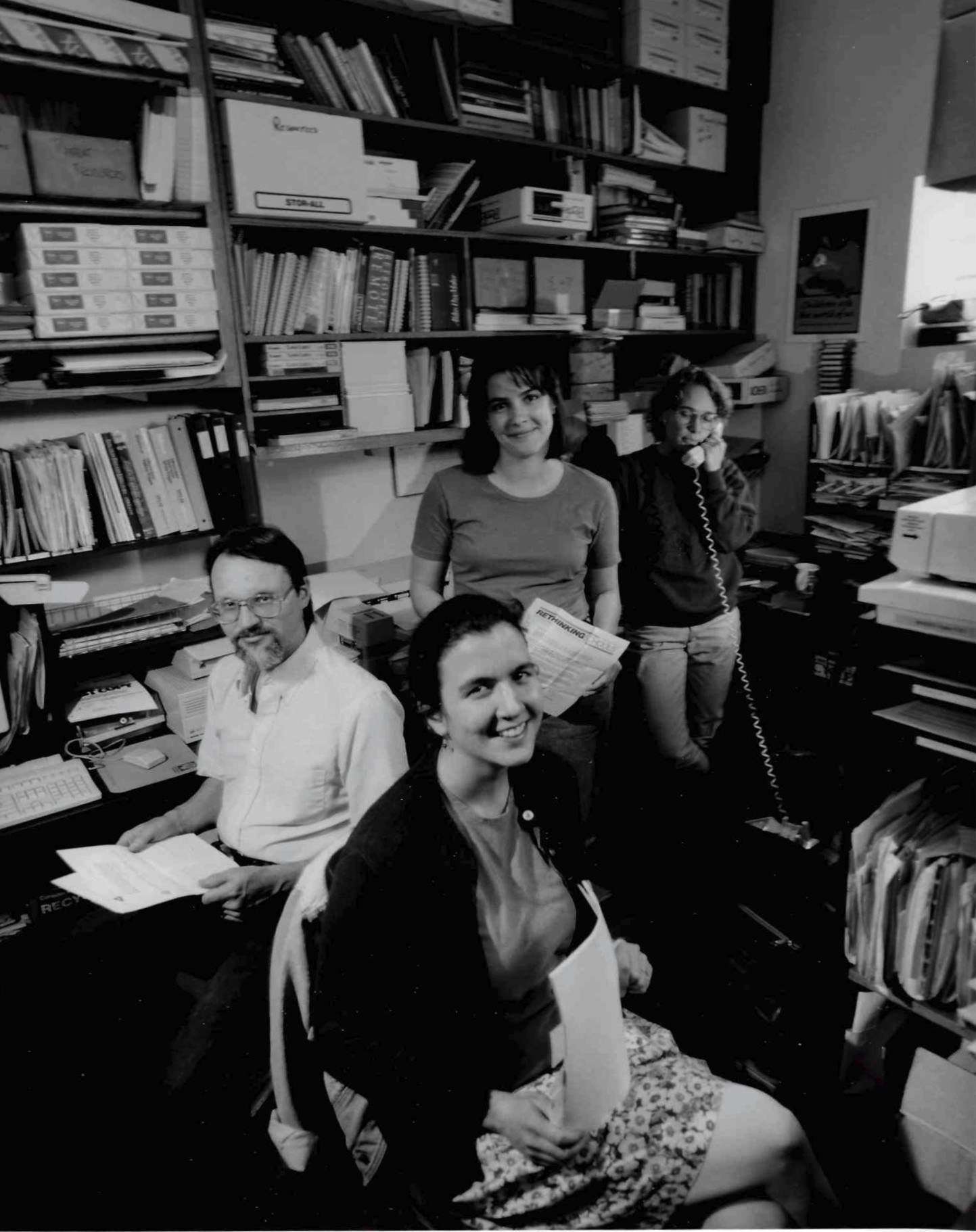 Rethinking Schools is a nonprofit, independent publisher of educational material, most known for its magazine, which is also named Rethinking Schools. It promotes anti-racist, multicultural education in elementary and secondary teaching and in educational policy making. It is a sharp critic of standardized testing and is a strong proponent of public education and social justice.[1]

Rethinking Schools was founded in Milwaukee, in 1986, by local activist and elementary school teacher Robert (Bob) Peterson, his then-housemate David Levine, bilingual teacher Rita Tenorio, education historian Bob Lowe, high school English teacher Cynthia Ellwood, and some of their friends. Ellwood chose the name Rethinking Schools to indicate the organization’s goal of transforming education from traditional teaching methods, which were based on teacher-dominated standardized curricula, to a student-centered curriculum that reflected the diversity of students’ backgrounds.[2]

The organization’s first publication was a tabloid newspaper. Articles were assembled by hand on Peterson’s kitchen table. The publication struck a balance between theory and practice and between scholarly research and classroom perspectives. The organization initially focused on Milwaukee Public Schools and distributed copies for free on a quarterly basis. Within two and a half years, Rethinking Schools went from printing six thousand copies to twenty thousand copies and became a national publication. It switched to a magazine format in 2002 and is now financed primarily by subscriptions.[3]

The organization has also published several books. Its Rethinking Columbus, a collection of multi-cultural curricular material on contact between Europeans and Native Americans, has sold two hundred thousand copies.[4]