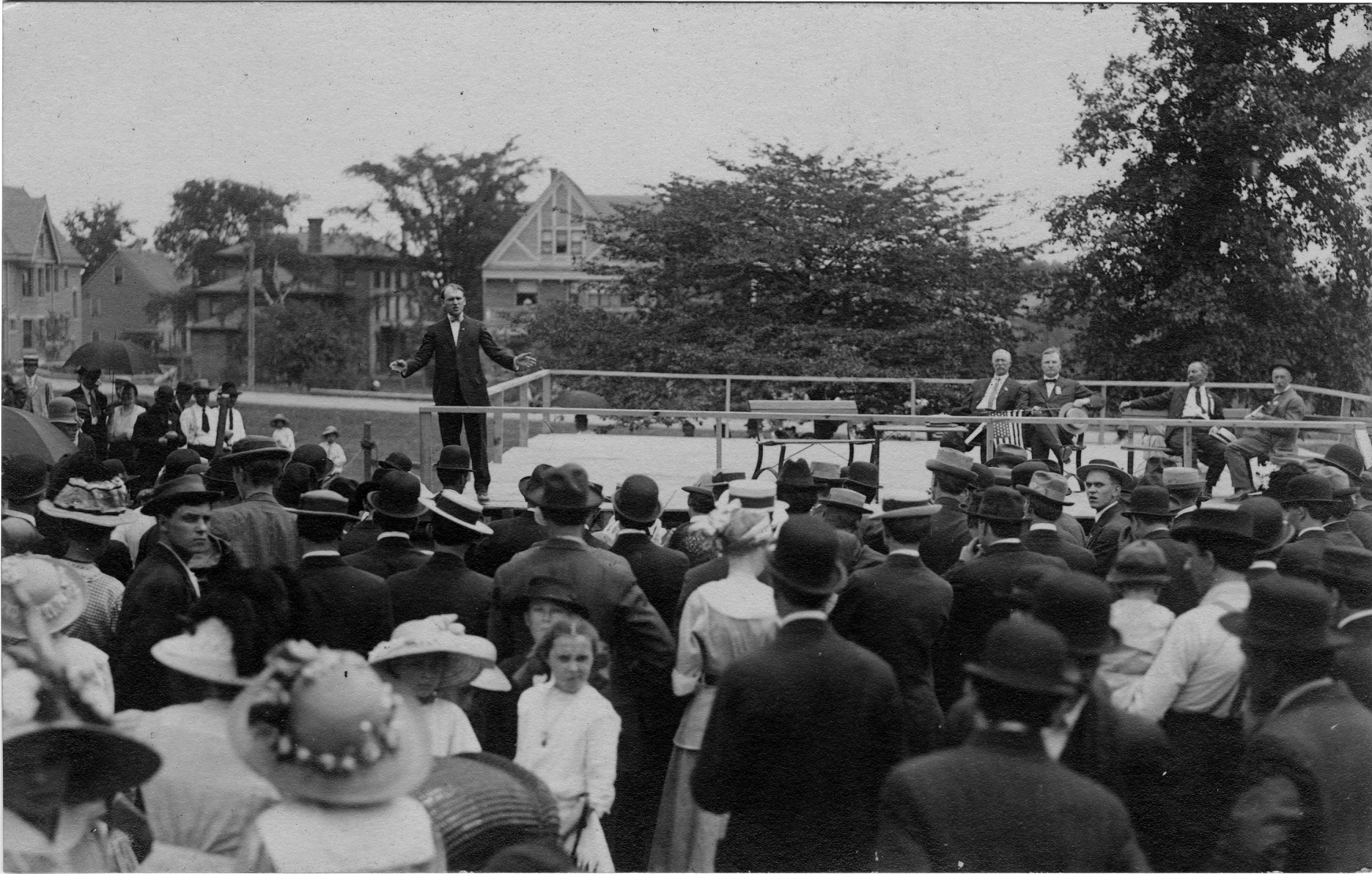 The Milwaukee Republican Party (MRP) was founded during the tumultuous 1850s as the nation was careening headlong into the Civil War. In a bewildering sequence, the Great Compromise, the Kansas-Nebraska Act, the Kansas Civil War, and the Dred Scott decision cumulatively obliterated all federal control over the expansion of slavery. Restoring that authority was the primary goal of the fledgling Republican Party.

In the party’s initial presidential campaign of 1856, John C. Fremont received 33.1 percent of the popular vote nationwide and carried eleven states with 114 electoral votes—all in the northeast quadrant of the country, including Wisconsin. Four years later, Abraham Lincoln garnered only 39.9 percent across the country but captured a constitutional majority of 180 electoral votes, including all of the Great Lakes, New England, and Middle Atlantic region (save for Delaware), as well as California and Oregon.[1]

Meanwhile in Wisconsin specifically, Fremont captured an overwhelming margin in 1856 but lost Milwaukee by nearly 3-1, whereas the Democrats elected the rest of their entire slate. Then in 1860, although Lincoln carried four of the city’s nine wards, Democrat Stephen A. Douglas captured well over 50 percent of the local vote. By 1864, Lincoln’s patchwork Union Party garnered less than one-third of those ballots. Yet Republicans made steady gains during the remainder of the decade. Then, of the eight presidential elections held between 1880 and 1908, Republicans carried Wisconsin in seven, by margins ranging from 51 percent to 63 percent. (Only Grover Cleveland’s 1892 victory interrupted this GOP streak.) They also won every gubernatorial contest, except for 1890 and 1892 when reaction to the Bennett Law—mandating English-only instruction in elementary and secondary schools—resulted in back-to-back Democratic landslides. The onset of a severe depression in 1893 to1897, as well as Republican courting of German Protestants, swung the pendulum back to the GOP. Locally, in fourteen Milwaukee mayoral elections between 1871 and 1908, the Republicans won eight. However, the statewide imposition of a non-partisan election system upon most local political offices, beginning in 1912, greatly changed the effectiveness of the MRP over the next century.[2]

Moreover, during the first half of the twentieth century, the statewide Republican Party split into two wings, the Standpatters and the Progressives. The former were led by such business-oriented Milwaukeeans as Charles Pfister, Emanuel Philipp, and Henry Clay Payne; the latter by Francis McGovern and two generations of La Follettes. The Progressives emerged as a full-fledged political party, but the MRP easily outlived it. Robert La Follette, Sr. was elected Senator as a Republican in 1910, 1916, and 1922, even though renowned as leader of “the progressives.” He ran on the Progressive ticket in his 1924 presidential bid. His son, three-time Governor Phillip La Follette, carried Milwaukee as a Republican in 1930 but failed to do so as a Progressive in both 1936 and 1938. His brother, Bob Jr., was elected to the Senate in 1925 to fill his late father’s seat, and then again in 1928, 1934, and 1940—in each case as a Republican. Both steadfastly refused Franklin Delano Roosevelt’s overtures to declare as Democrats.[3]

While the Milwaukee Democratic Party was establishing a virtual monopoly over Milwaukee elections in the postwar era, the MRP settled for minority party status. Its last successful presidential candidate locally was Dwight Eisenhower in 1956. In Senate races, Joe McCarthy won the Milwaukee vote in 1946 but lost his reelection bid locally six years later by a count of 195,891 to 113,010. The size of this differential came to represent the standard for party-based state and federal contests in the intervening decades, with Republicans winning typically around forty percent of the citywide vote. MRP’s only gubernatorial success in Milwaukee came with Tommy Thompson in 1986.[4]