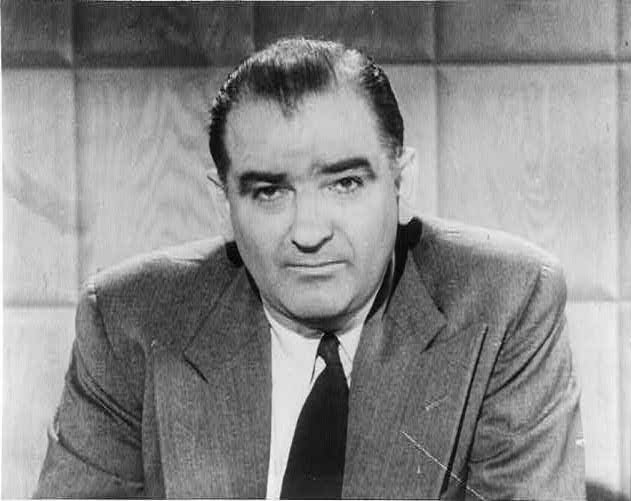 Republican Senator Joseph Raymond McCarthy (1908-1957) grew up on a farm near Appleton, Wisconsin. He moved to Milwaukee in 1930 to attend Marquette University, where he studied engineering and law. A mediocre scholar, McCarthy was active in student government, debate, and men’s boxing. He graduated with a law degree in 1935.[1] He worked a long list of jobs while a Marquette student, including dishwasher, pie baker, and gas station attendant.[2] Throughout his political career, McCarthy relied upon influential Milwaukee Republicans to bolster his political base. After losing a Senate bid in 1944, McCarthy carried Milwaukee in a successful 1946 campaign, the last Republican senatorial candidate to do so.[3] While in the Senate, McCarthy gained national attention for his role in the search for communists in the federal government.