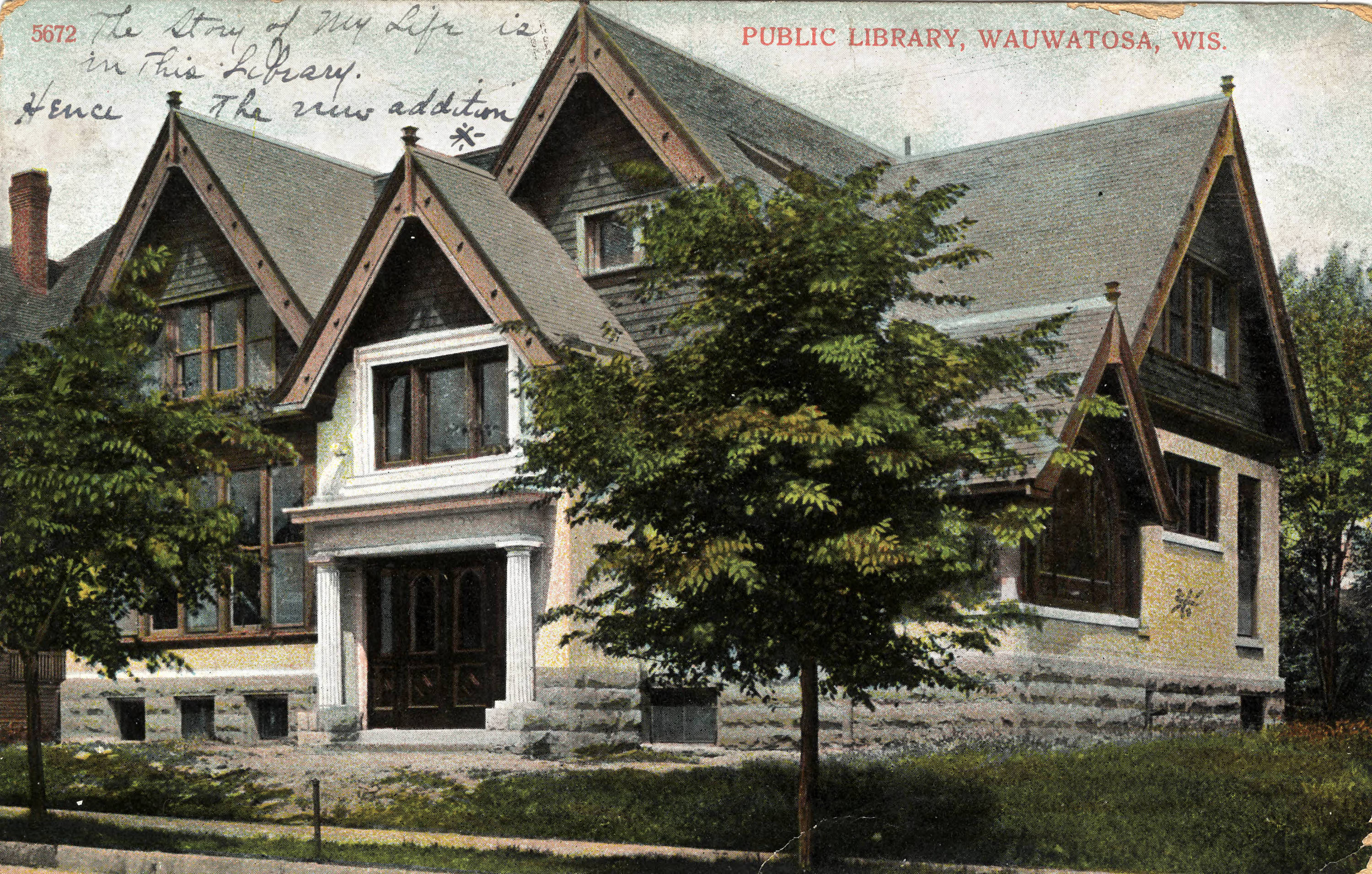 Over forty public libraries have been established in the Milwaukee metropolitan region since 1878, when the Milwaukee Public Library first opened its doors. Early library development in the region took place during the American Public Library Movement, which swept across much of the United States, including Wisconsin, in the late 19th through the early 20th century. Later public library development has occurred since 1950, as population centers grew and more communities built their own libraries.

Many of the oldest public libraries in the region began in the latter part of the 19th century as social libraries, which required membership in a social organization and often the payment of dues to use the library.[1] They took several forms, including subscription, circulating, athenaeum, and mechanics’ or mercantile libraries.[2] Social libraries were established in Cedarburg, Oconomowoc, Milwaukee, Waukesha, Wauwatosa, and West Bend. Their collections were later donated to establish free public libraries in those communities. Religious groups and civic organizations, especially women’s civic groups, played a prominent role in the early development of public libraries in Cedarburg, Kewaskum, Menomonee Falls, Port Washington, Waukesha, West Allis, and Whitefish Bay. These groups often organized their own subscription libraries or reading groups, raised funds to purchase books and rent space for storing book collections, promoted the establishment of free public libraries with local city councils, and donated their own collections to start public libraries.[3]

In addition to support from civic organizations, South Milwaukee, Waukesha, Wauwatosa, and West Allis received funding in the early 1900s from the Carnegie Corporation of New York to build public libraries in their communities. Inspired by the debt that steel magnate Andrew Carnegie believed he owed to public libraries,[5] the Carnegie funds provided for the actual construction of a library.[6] In return, the communities committed to provide funding to maintain the public libraries.[7]

Several decades passed between early public library development and later public library development in the region. Some communities, including Brookfield, Cudahy, Elm Grove, Hales Corners, and Whitefish Bay were served by the Milwaukee Public Library (MPL) during that time. In exchange for fees paid to MPL by those communities, MPL rented out parts of its collection, offered book mobile services, and allowed patrons from outside of Milwaukee to use its libraries.

While rapidly evolving technology has changed the way many people think about libraries and reading, public libraries in the Milwaukee metropolitan area have adapted and remain strong and relevant cultural institutions. 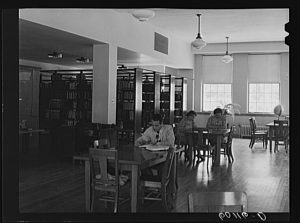 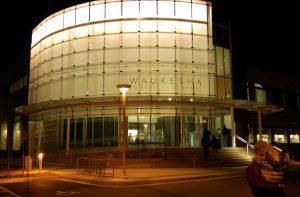