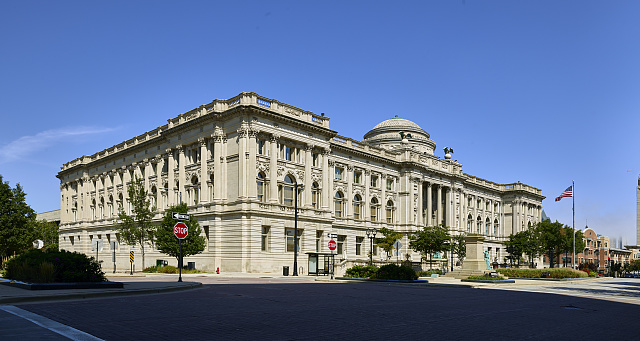 Early migrants from the northeastern United States and from Germany were responsible for the creation of libraries in Milwaukee. In 1842, Philetus C. Hale, originally from Massachusetts, opened the first bookstore in Milwaukee as well as the city’s first subscription library.[1] Subscription libraries were a type of social library common throughout the eastern United States in the 1800s. Patrons could pay annual dues to subscribe to a library, borrow books from its collection, and use its reading room.

Prior to the mid-1800s, Yankee migrants from the eastern U.S., like Hale, formed the largest ethnic group in Milwaukee.[2] The Yankee settlers from the east coast brought with them ideas about public education, including library development. By the mid-nineteenth century, Milwaukee was also experiencing an influx of German immigrants. What had been predominantly a Yankee settlement quickly transitioned to a city immersed in German culture. Milwaukee’s ethnic composition played a unique role in the development of the public library. According to one historian of the city, “The early settlers of Milwaukee, whether Yankee or European, came from regions where public-supported…education was held in high repute.”[3]

Yet public library development in Milwaukee rested primarily in the hands of Yankees who dominated social and subscription library associations.[4] The Milwaukee Daily Sentinel opened a reading room in 1845, which provided access to newspapers from throughout the United States.[5] The newspaper also initiated public discussion about a library: “We doubt whether there is another place in the Union, containing as large a population as Milwaukie [sic], destitute of a good reading room. Indeed, most other places, as large as this, have a good public library connected with a reading room.”[6]

Milwaukee Daily Sentinel editor Rufus King used the newspaper to raise awareness and support for a library. In 1847, Milwaukee unveiled a plan to close all of the city’s stores by 8:00 p.m. so that young store clerks would have time to “improve themselves.” King advocated for a public library in which those men could spend their time.[7] On December 7, 1847, the Milwaukee Daily Sentinel organized a meeting to form the Young Men’s Association.[8] Members of the new association paid annual dues, and in 1848, $1,250 was raised to operate a subscription library.[9] Increase Lapham, Rufus King, and Leander Comstock played key roles in building the Association’s library.[10]

In 1877, the Young Men’s Association offered their library to the city, and the Milwaukee Common Council passed a motion to use the collection to establish a free public library.[15] In 1878, MPL opened. By 1880, more space was needed. After another fire destroyed part of the collection, the city decided to construct a new building to house the library and a public museum. The new building, which is still in use today, opened in 1898, although the museum has since moved to another location.[16]

Throughout the twentieth century, MPL expanded and offered services to outlying communities in the area through the provision of bookmobiles and renting out its collection. It also allowed users from outside of Milwaukee to obtain library cards and borrow books in exchange for a fee which was paid by outlying communities.

MPL has responded to ongoing user needs and is viewed in a positive light by the community. Over 91 percent of Milwaukee residents rated the quality of the library as good or excellent, whether they used the library or not.[17] This has boded well for funding support from the city.[18] Like other libraries in the region, MPL has an active Friends Association and Foundation to support the library. MPL’s 2020 strategic plan indicates three areas of future focus based on the city’s demographics and MPL users: a) families with young children, b) recent immigrants, and c) middle-aged, long-term Milwaukee residents.

From its roots as the subscription library of the Young Men’s Association over a century ago, MPL has grown to an institution serving hundreds of thousands of patrons and with over 2.7 million books and archival materials and 1.5 million government documents in its collection.[19] 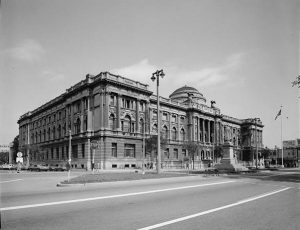 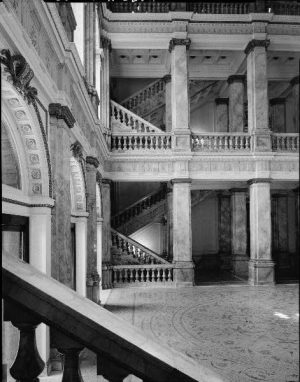