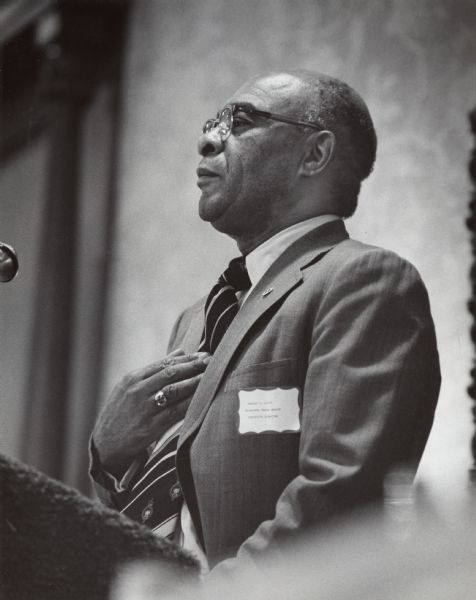 The Milwaukee Urban League, an affiliate of the National Urban League, was established in 1919 to help a small but growing African American population in the city gain access to employment, decent housing, and community services.[1] Initially started as an information clearinghouse and community advocacy center, the League later helped build institutions to serve the African American community, such as a Community Drug Store.[2] It also worked to foster greater unity in the community by developing social clubs and youth recreation programs, such as a boxing program taught by professional boxer Baby Joe Gans, during a period of de facto racial segregation in the city.[3]

From the Great Depression through the 1940s, the MUL’s employment placement programs weakened as support from local business leaders waned. The organization survived largely on funding it received to support its social and recreational programs. In the 1960s and 1970s, other civil rights organizations and leaders emerged in Milwaukee to fight housing discrimination and school segregation through picketing, protests, and boycotts. Under its fourth executive director, Wesley Scott (1959 to 1981), the Milwaukee Urban League broadly supported these organizations and their aims, although not their tactics.[4] The League worked with mixed success behind the scenes with civic leaders to foster change.

The League remains a key organization in Milwaukee’s civil rights community as it approaches its centennial year. Under the leadership of Eve Hall, it continues its work on pressing urban issues. The organization currently focuses its efforts on promoting employment, education, and training opportunities for African American youth and young adults.[5]

Dougherty, Jack. More Than One Struggle: The Evolution of Black School Reform in Milwaukee.  Chapel Hill, NC: The University of North Carolina Press, 2005.