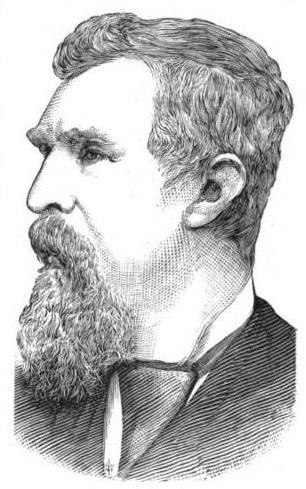 The complex relationship between Milwaukee and state authorities has been a standing issue throughout the city’s history. The founding generation, focused as they were upon economic and infrastructure development, frequently sought state authority to expand the powers of the city charter as well as for state and federal subsidies for railroads, roadways, the port, and a canal.[1] The 1848 Wisconsin constitution empowered city governments to tax, obtain credit, and issue bonds for major public improvements. Milwaukee’s 1852 charter further strengthened the city’s authority in “an era characterized by a high level of municipal autonomy.”[2] But an economic panic in 1857 and a subsequent crisis involving railroad bonds nearly bankrupted the city, leading to pressure for more state oversight. The power of Milwaukee’s city council waned during the early 1860s in favor of tightening controls by Republican administrations in Madison.[3]

Residents resisted. In 1866, the city created a special committee to handle municipal legislative needs and to lobby for them in Madison—which it did with some success. Nonetheless, forces against home rule were amassing greater strength in the late-nineteenth century. Manufacturing was growing and the city’s older economic establishment was being replaced by new capitalist elites including brewers such as Frederick Pabst and Joseph Schlitz. These power brokers had more political influence in Madison than in Milwaukee and thus opposed home rule. At the same time, a growing urban populist movement exerted pressure in the other direction. This divide in Milwaukee politics gave rise to a twentieth-century home rule movement.[4]

The home rule cause during the eras of Populism and Progressivism was multi-faceted. Henry Smith and his Greenback-Labor alliance were some of its earliest advocates during the 1880s and 1890s, demanding local control over municipal finances and the power to amend the city charter. This cause gained momentum on a wave of concern over “municipal impotence.” Early in the new century, Milwaukee’s Mayor David Rose became involved with a broad home rule coalition that included Populists, Democrats, Reform Republicans, and the Municipal League.[5] Ultimately home rule advocates succeeded in amending the state constitution in 1924. Article XI, Section 3 states that “[c]ities and villages organized pursuant to state law may determine their local affairs and government, subject only to this constitution and to such enactments of the legislature of statewide concern as with uniformity shall affect every city or every village. The method of such determination shall be prescribed by the legislature.”[6]

Milwaukee officials have continued to advocate for greater home rule because the 1924 amendment left too much room for interpretation. In the end, municipal autonomy has been limited by varying understandings of what constitutes a matter of statewide concern—the complex process required to implement home rule powers—and the tendency of the courts to construe those powers narrowly. Article XI, Section 3 has been amended multiple times since 1924, especially in the 1950s and 1960s.[7]