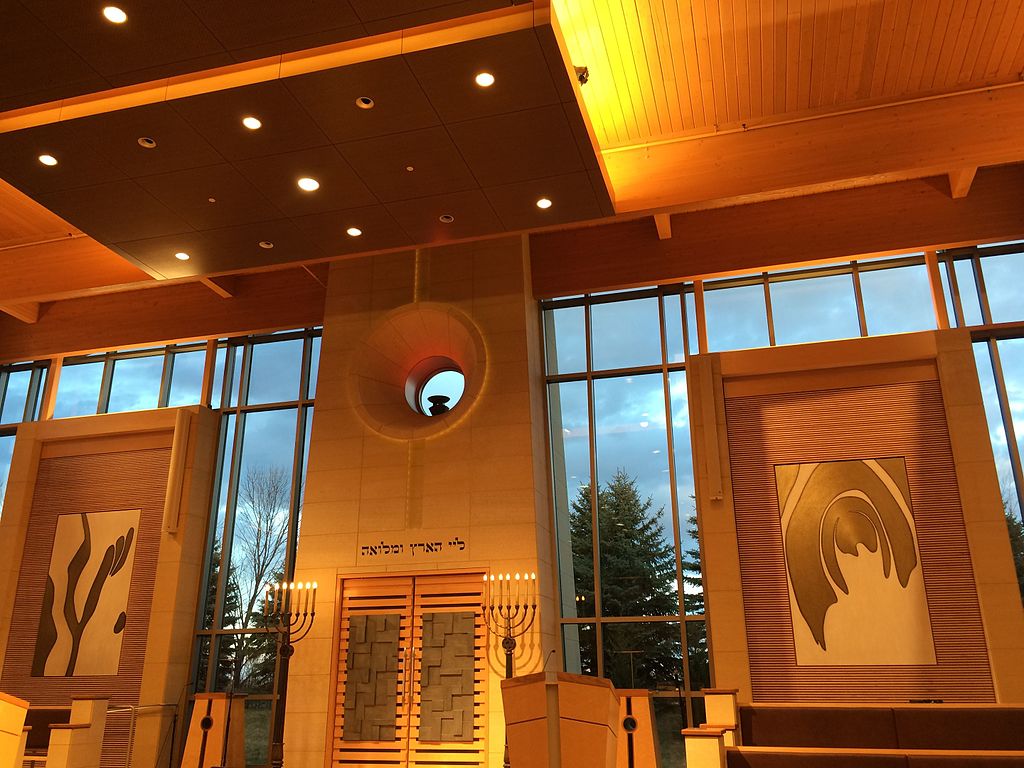 Emanu-El B’ne Jeshurun, one of Milwaukee’s leading Jewish communities for over 160 years, follows the Reform tradition and is currently a member of the Union for Reform Judaism. This congregation split apart and reunited until it came into its current form about ninety years ago.

The impetus to reunite came in 1927 when Milwaukee County planned a new courthouse that required the demolition of the synagogue for the B’ne Jeshurun congregation.[5] Five years prior, Emanu-El had built a larger synagogue (now the University of Wisconsin-Milwaukee’s Zelazo Center for the Performing Arts) along Kenwood Boulevard, making a reunion feasible. Even before B’ne Jeshurun lost its place of worship, consolidation was increasingly seen as inevitable as many families of the B’ne Jeshurun congregation started to worship at the new Emanu-El location, leaving B’ne Jeshurun in an increasingly untenable situation.[6] After discussions, Emanuel-El and B’ne Jeshurun officially merged into Temple Emanu-El B’ne Jeshurun in 1927.[7] This new reunion represented a consolidation of the Reform wing of Judaism in Milwaukee.[8] By 1950, the congregation had grown to over 1,000 families, making it the largest Jewish congregation not only in Milwaukee but in all of Wisconsin.[9] In the 1940s and 1950s, the congregation was divided in its support for Zionism, despite being led by rabbis who played an active role in the Milwaukee Zionist Congregation.[10]

Emanu-El B’ne Jeshurun dedicated a new building located in River Hills in 1997. The congregation’s new home was renovated and expanded from 2008 to 2009, creating a sanctuary for 318 worshippers as well as a hall for larger events.[11]