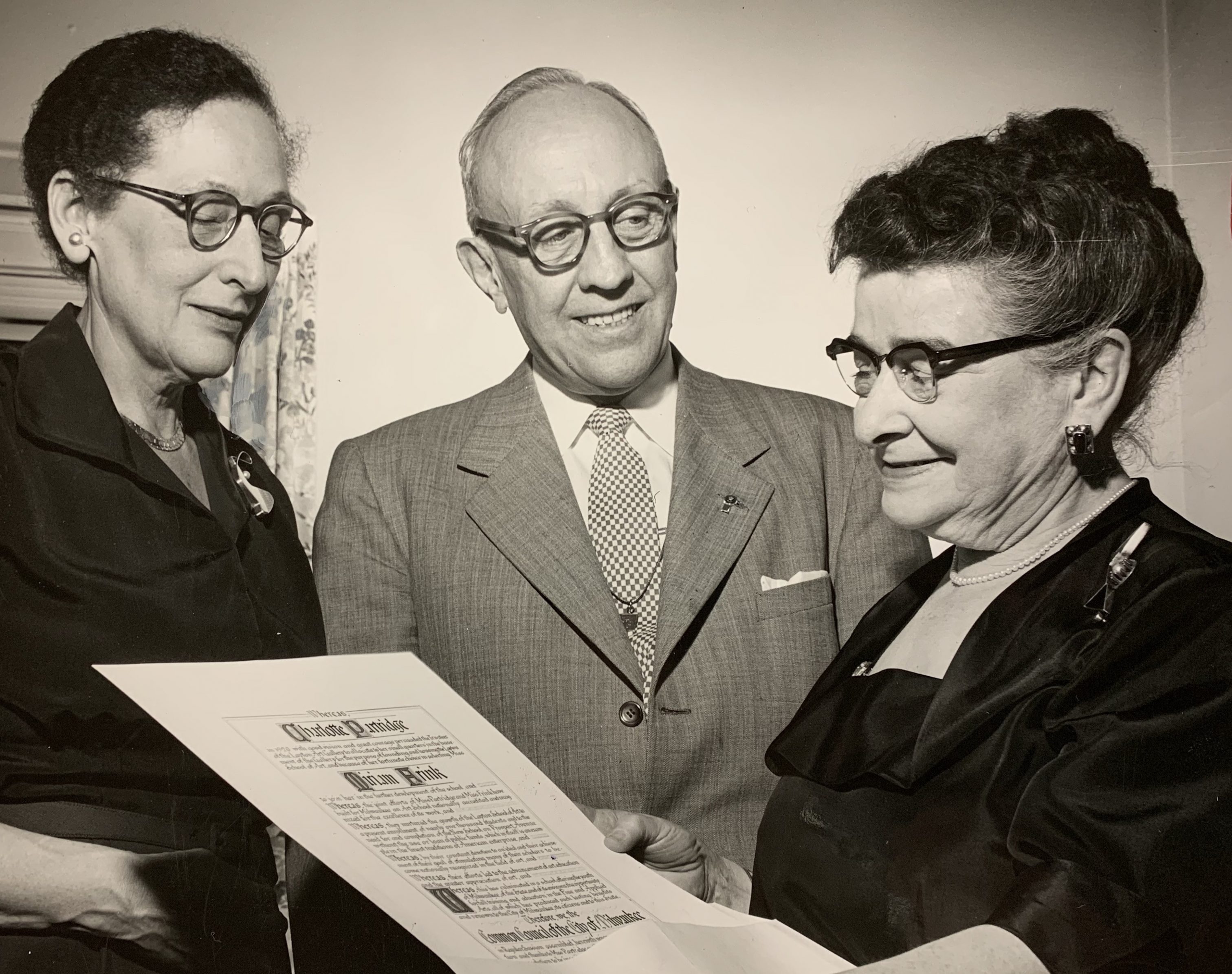 Charlotte Partridge (circa 1881-1975) was an internationally renowned art educator, the founder of Milwaukee’s Layton School of Art, and Chair of the Federal Art Project in Wisconsin. Her legacy allows us to trace the growth of socially-engaged art practice during the first half of the twentieth century in the United States.

Partridge was born in Minneapolis, Minnesota.[1] She spent most of her childhood in Duluth, with the exception of a few years when she was enrolled in Dana Hall, a prep school for Wellesley College in Massachusetts.[2] After graduating from the Northern Illinois State Normal School in 1905, she taught second grade at the Whittier School in Oak Park, IL. In 1910, she enrolled in Emma Church’s Chicago School of Applied and Normal Art (later renamed Church School of Art).[3]

In 1914, she joined the Milwaukee Downer College.[4] Between 1914 and 1916 she also taught at the Commonwealth School of Art and Industry in Boothbay Harbor, Maine during summers. In 1920 Partridge left her job as the head of the Fine Art Department at Milwaukee Downer College to start the Layton School of Art at the basement of Milwaukee’s Layton Art Gallery.[5] She was joined in this project by Miriam Frink, an English teacher whom she met at Downer College. Their lifelong professional and personal partnership[6] transformed the school into a leading art institution in the United States. Partridge deemphasized the repetition of stylistic forms of art, duplication, and learning from copying, and instead promoted community engagement, change, and empowerment through art. Partridge called this art in the community. In 1954 Partridge and Frink retired as directors of the Layton School of Art.[7]

Partridge became director and curator of the Layton Art Gallery in 1922 and brought her progressive ideas to bear on the way art was displayed and curated. She transformed the gallery from a depository of collectibles to a place where her ideas of socially-engaged and community-focused art could be practiced.[8] In 1933 Partridge became associated with the Public Works of Art Project that supported the unemployed artists of the United States during the Great Depression.[9] From 1933-1934 she served as the Wisconsin State Chair for the project, and from 1935 to 1939 she was appointed director of the Wisconsin Federal Art Project. In 1940 she produced a Federal Works Agency report that surveyed art institutions and contemporary art in the United States. In 1948, she was instrumental in organizing the Wisconsin Centennial Art Exhibition to showcase the work of local and state artists.[10]

Partridge served in many high profile social and professional organizations.[11] In 1947, as a member of Zonta Club, an international service organization made of accomplished working women, Partridge suggested a novel idea for housing middle-income elderly women in independent living rental apartments called Zonta Manor. In 1966, she began working with the Walnut Area Improvement Council (WAICO), a grass roots organization made up of local African American residents trying to improve their neighborhood. In 1967 she promoted the idea of community gardens as a community organizing tool in order to inspire what was later named “Operation Green.”[12]

Partridge’s contributions were recognized with an honorary degree of Doctor of Fine Arts from Lawrence University in 1969. University President Thomas S. Smith called her contributions farsighted, even prophetic, “beyond the field of art into industry and the general cultural and social life of the state.”[13]